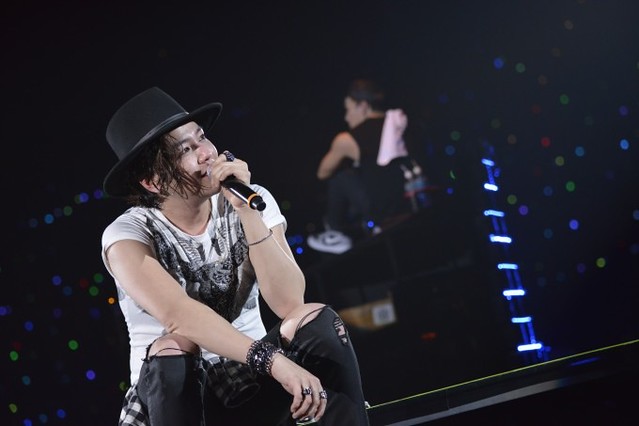 Music unit ‘TEAM H’ formed by Korean actor Jang Keun Suk and sound producer Big Brother had their final performances of their arena tour ‘TEAM H PARTY ~Raining on the dance floor~’ for 2 days on November 26th and 27th at Osaka castle hall, starting with the concert in Nagoya on October 1st. They ended their tour on a high note. 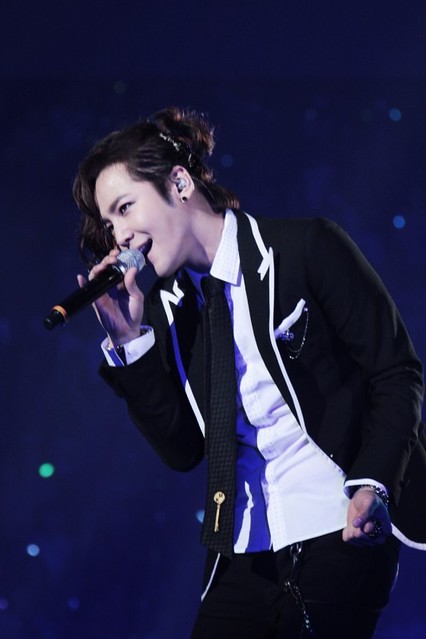 With their 3rd album ‘Driving to the highway’ released in July, they gathered 72 thousand audiences in 4 cities, starting from Nagoya, and then, in Fukuoka, Saitama and Osaka. Because that day was the final stage, fans’ expectations and the air inside the venue seemed higher than usual even before the show started.

Starting with sharp guitar sound, all the audience paid close attention to the central stage.
Electric sound controlled by Big Brother warmed up the audience, and finally when Jang Keun Suk appeared on the stage, the voltage of the audience reached the climax. The concert hall colored by penlights and laser illumination looked like a huge party club. Even from the first number ‘Do it on the speaker’, the momentum of the two performance went at the peak. To inflame the audience more, they yelled “Osaka, jump!!” 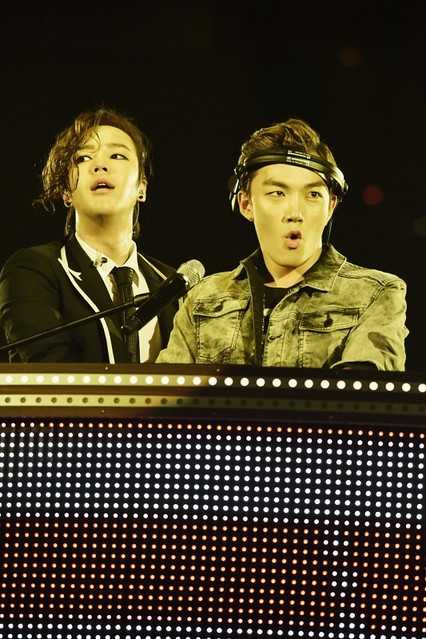 Without stopping 10 numbers, there was a backstage segment well-known in TEAM H tour. Different from other stages that they played a game with staff or talked with the audience, on the final day, Big Brother joined the segment and they had a talk session answering questions gathered from fans in advance. Then, Keun Suk showed his thanks to fans honestly and shyly, saying “Without your support, we wouldn’t be able to have this stage tonight. Everyone, thank you so much!!! We really appreciate that the tour ends without problems.”

Going back to the stage, he commented as follows, “To be honest, it was very tiring to make this stage, discussing a lot with the producer, Japanese staff, technical staff, thinking the setting of stage and the production, but standing here and looking around the venue, that impressed me. And further more, I want to add… someone may think when making TEAM H performance, the one whom I need to argue with…. (pointing Big Brother), but I believe him, his music… So I allowed him complete authority. Big Brother, and our fans, thank you so much. After singing each song today, I felt lonely. But, at the same time, I’m sure this will be an unforgettable moment.” 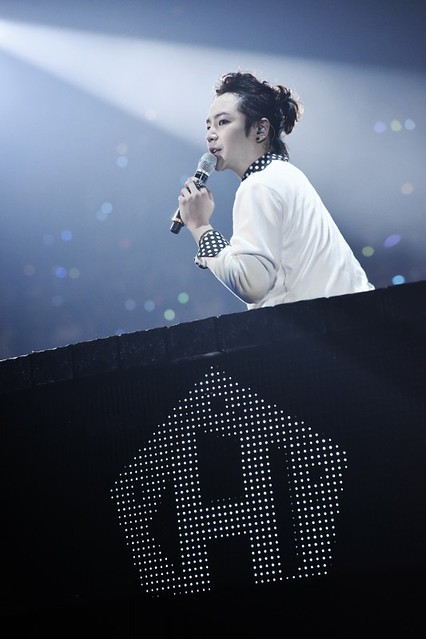 When they performed ‘Raining on the dance floor’, the audience gasped at seeing a breathtaking beautiful scene that Keun Suk sang soaked to the skin as if he controlled the fountain water. Toward the end of the show, they performed ‘Driving to the highway’ acoustic version. At the hook part, the audience posed and sang together, that brought a feeling of unity and warmth. At the final song ‘Take me’, colorful balloons filled the venue and closed their happy party time. At the encore stage, they ran around the stage at full stretch showing their lonely feeling, and yelled again and again at the audience “Thank you so much!” 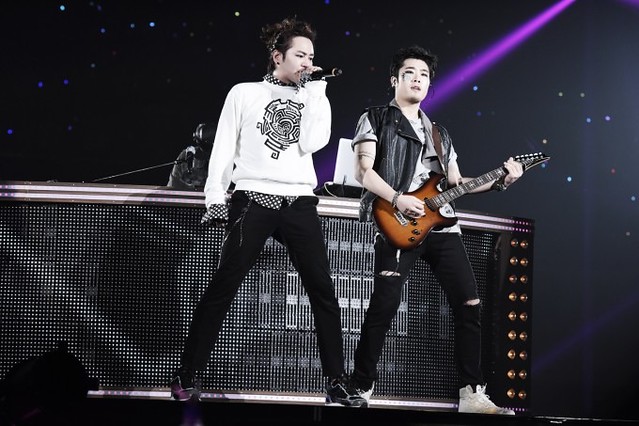 In addition, there was a big news announced by Jang Keun Suk directly. “I will come back as an actor in a new project.” “I’m going to release my solo album in February.” The roar from the audience got louder.