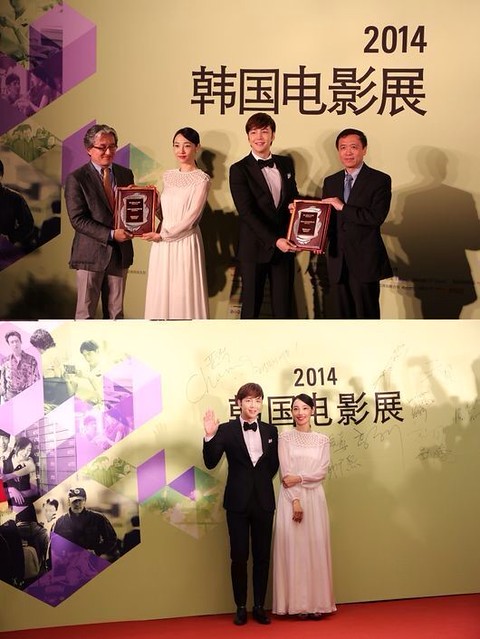 Jang Keun Suk greatly decorated the Chinese continent by participating the opening ceremony, press conference, and stage greeting with Chinese actress Bai Bai He as the honorary ambassador of Chinese Korean Film Festival 2014 which was held on last 27th.

Especially, ‘Asia’s star’ Jang Keun Suk’s walk shined than any other time as he had the role of being the bridge head that links Korea and China, and being the introducer of Korean films to Chinese audiences at the same time by celebrating the cooperation agreement of Korea-China film joint production at this film festival.

Jang Keun Suk conveyed thoughts about acting as the honorary ambassador of Chinese Korean Film Festival 2014, “I could realize Korean film’s great popularity in China through this film festival, and it was so meaningful to me since I could promote Korean film as Korean representative”.