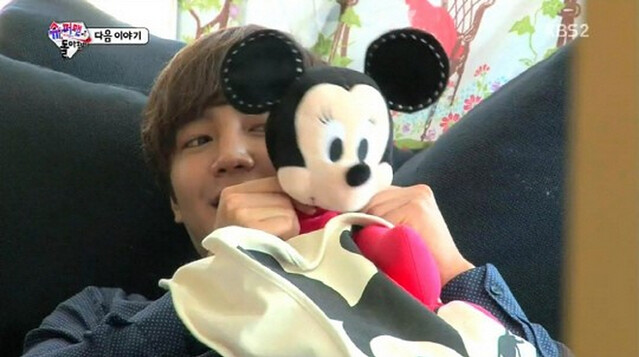 Hallyu star Jang Geun Suk will be paying a visit to Chu Sarang and her father Chu Sung Hoon‘s home in Tokyo!

A glimpse of the actor’s special appearance was given on the teaser for next week’s episode, revealed on the August 3 broadcast of KBS2TV’s “Superman Returns.”

In the teaser, Jang Geun Suk enters the Chu residence and tries his best to steal Chu Sarang’s heart. Known for being a big fan of the charming girl, the actor made sure to have a Micky Mouse stuffed toy with him, hoping to break the ice between them.

The Hallyu icon is the third celebrity to visit Chu Sarang, the two others being Rain and Girls’ Generation.

This episode featuring a guest appearance by Jang Geun Suk will air on August 10.