The answer to this question is ‘Ghost’-_-
To shi o 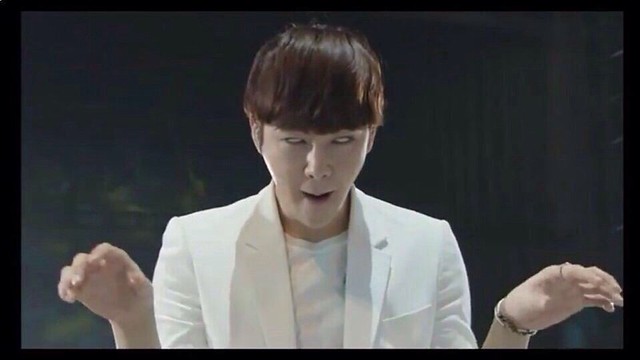 tenshi_akuma’s note: This is a screenshot from ‘Beautiful Man (Bel Ami)’ summer festival. During the event, there was a game in which he had to convey movie title with gestures. And he did this facial expression to imply ‘ghost’. kkk Even the movie ‘ghost’ is a kind of romantic move though. Anyway, this ‘To shi o’ is a key character of Japanese horror movie ‘Juon’. I’m not brave enough to see ‘Juon’ but I want to see his Toshio as many as possible. So cute ghost!

tenshi_akuma’s note: Actually he was trying to convey ‘Jaws’ with these gestures. But the uploader eel did a good job to make a collaborative video with Toshio that he told the story about in ZIKZIN Radio ep19 ‘horror stories’ 🙂