Again, songs with unprintable lyrics? TEAM H album by mischievous Jang Keun Suk and BIG BROTHER!
Part.05 Comments on all the tracks. ‘As time goes by’ ‘Gold digger’ ‘I’m so ghetto’ ‘Listen to me mother’ ‘Sunshine’ 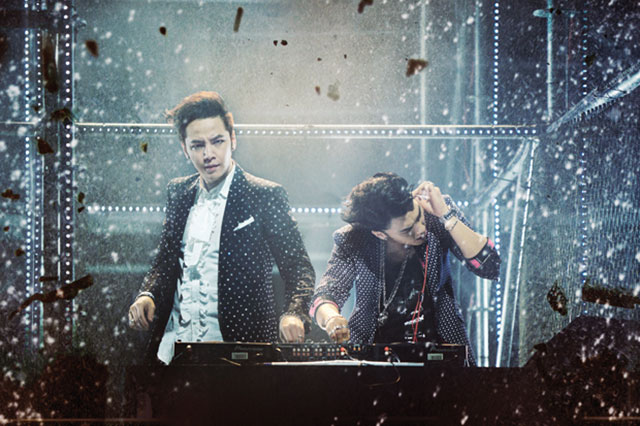 TEAM H released a single that has a bit different tastes from their previous works, which has injected some fresh air into TEAM H activities by Jang Keun Suk and BIG BROTHER. hat kind of view of the world the album ‘Driving to the highway’ has? We’re going to offer comments on all the tracks! 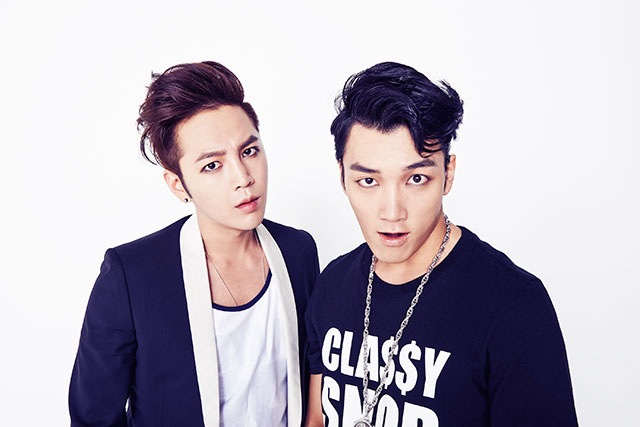 This song describes a woman who pretends she is pure and innocent before men, but in reality she is calculating.

── Then, 8th track ‘As time goes by’. It is included in the single album.

BIG BROTHER: I can say this is the most stylish song that I can make at present. It’s one of my favorite songs in this album.
JKS: This song expresses the feeling ‘I want to be with you’ straight. So, in that sense, I think it’s not like TEAM H lyrics.

── Is it a sound of the second hand of a clock we can hear at the beginning and the end?

BIG BROTHER: That’s right. Originally I didn’t plan so. But after I wrote up the lyrics, I decided to add it. Because passage of time is one of the theme.
JKS: I think that sound makes us feel as if we were transported back in past.

── And the following song ‘Gold digger’ is like hip-hop music.

BIG BROTHER: It’s like a mixed hip-hop and electronic music. But, it’s not like either. Well, it’s a bit mysterious song.
JKS: This song describes a woman who pretends she is pure and innocent before men, but in reality she is calculating. I heard BIG BROTHER had such an experience personally. Lol.
BIG BROTHER: Well…. it’s a secret. Lol.

── And the next song ‘I’m so ghetto’ is also similar to hip-hop music… Ah, but you sang “This ain’t hip-hop” in the lyrics.

BIG BROTHER: When I asked my hip-hopper friend, he said “It’s not a hip-hop, but it’s not electronic music, too.” So I intentionally put the phrase in it.

── And ‘Sunshine’ and ‘Listen to me mother’ are instrumental. They are perfectly made for dancing.

JKS: I just want everyone to dance with them crazily.

── The title is ‘Listen to me mother’, but is there a missing word after that?

JKS: There are two bonus tracks! How generous we are! Lol.