Team H, the project group between Jang Keun Suk and his music partner Big Brother, will be releasing its third full length album Driving to the Highway today (7/16).
The album contains a total of 14 tracks, including Take Me from Team H’s single album and other tracks.
The album includes many of Jang Keun Suk’s upgraded songs, such as the title song Raining on the Dance Floor, which is an electronic pop song, and Gold Digger and I’m So Ghetto, which are hip-hop tracks with trap feel. 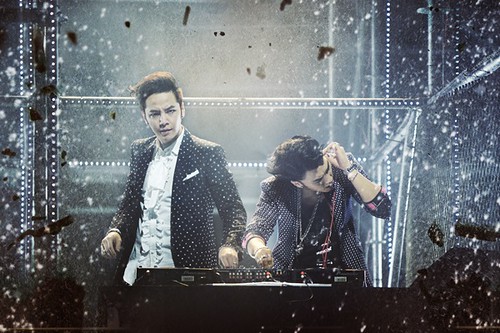 Jang Keun Suk said, “Every time we make an album, we try to make it uniquely ‘Team H.’ It’s the product that came out after we had plenty of discussions so I hope the message can be well conveyed to the listeners.”
He added, “This album is a good album to listen to while you’re driving. We tried to express a variety of emotions so I ask for your interest.”
Meanwhile, Team H will be meeting with the fans through an Asia tour.