South Korea’s Pretty boy, JKS raised to stardom from his role as Hwang Tae Kyung in “YAB”. His popularity, gained him the title of Asia Prince. It had been a long time since his last album. Finally, in July, he will be launching his new album. However, this time around, he has gotten rid of his previous flirtatious eyeliner makeup and restored a fresh and sunshine boy. Returning to nature, he took his MV shooting to Jeju Island and even managed to film his MV in the “Access Prohibited” area. 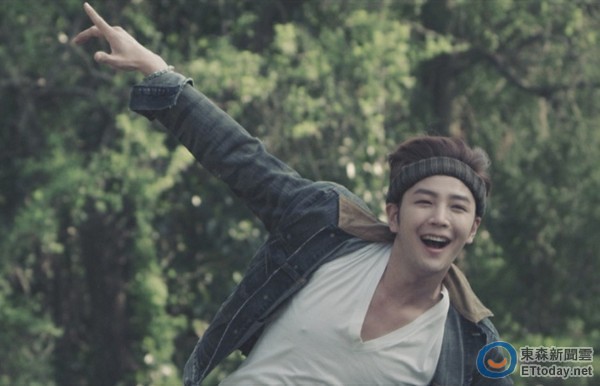 Due to his earlier drama schedule, JKS, a talent in both the music and acting industry had to delay his music production. Finally the wait is over, Team H will be launching their third album 《Driving to the highway》on 16 July and fans are really excited about it. According to JKS, the first time when he heard 《Take me》, he felt like he was running on a green meadow and he made his decision to film the MV in Jeju Island.

In order to portray the view JKS had in mind, the staff found a mysterious realm named [Mountain]. However, [Mountain] is an entry prohibited zone and a permit application is required before filming is allowed. Even JKS burst out laughing saying that this place is “Fantasy Land”. The new album will be launched on 16 July, the English single,《Take me》and 《As time goes by》will also be launch on 25 June in digital format.