‘HIGH CUT Japan’ vol.5 will be released on July 1st. Everybody has been talking about the cover of which Jang Keun Suk is drying wet hair with a towel, and giving us his innocent smile! As soon as the cover was unveiled, it captured eels’ (JKS’ fans’) heart and even it’s before the release date, there are already sold out in some shops. 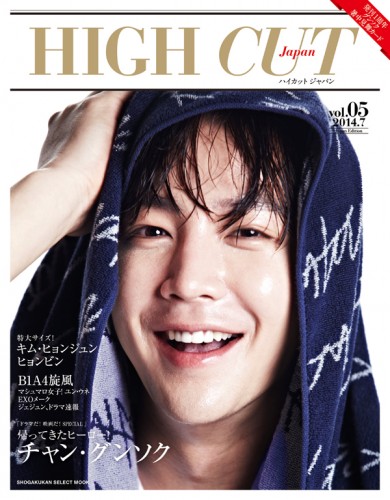 Well, about this ‘HIGH CUT Japan’ vol.5, I heard one winner selected in a drawing would receive the actual towel that he used in the shooting as readers’ presents! (In addition, there are his hand-written message presents, too! How generous…!!) 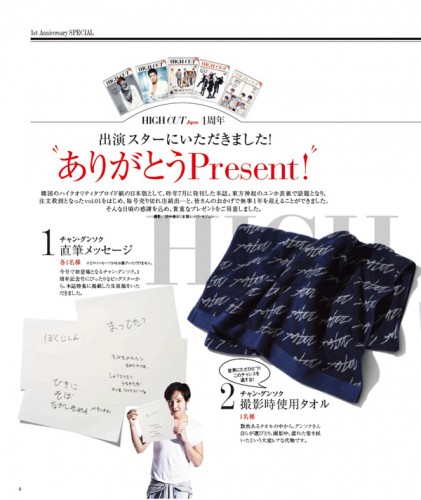 This is the towel JKS actually touched….! 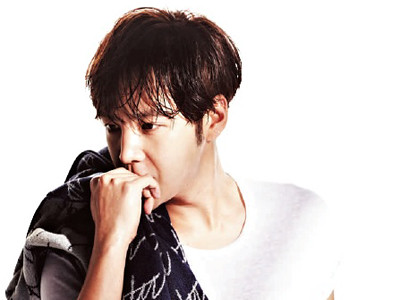 Besides, looking at some photos in the magazine, there are a photo of which he was kissing on the towel. This is surely worth of family treasure if you win it! I want to put it into a frame and display it on the wall.

By the way, how big is this towel? Does it smell good…??

We ‘Woman Insight’ asked the editorial department of ‘HIGH CUT Japan’, and one of our staff examined it in detail. 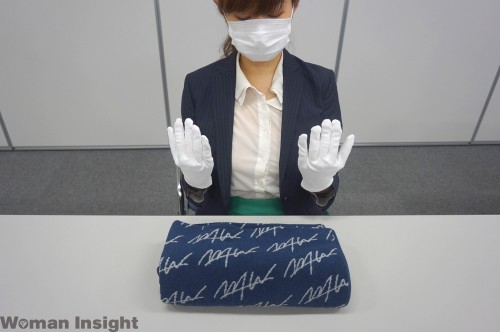 This is the towel that Mr. Jang Keun Suk used for shooting (I’m getting a bit excited)!!!!

Because I’m going to touch his towel, I decided to wear a suit to brace up. And with extreme caution, I’m wearing gloves and a mask, wiping down a desk. I’m ready! 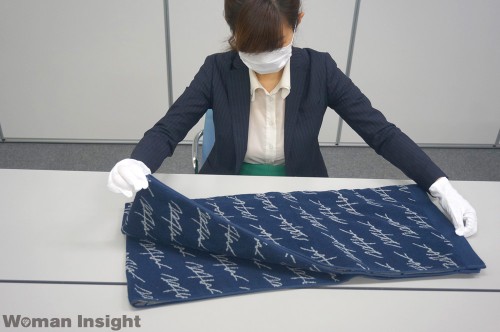 When I touched the edge and spread it, I found it’s bigger than expected! 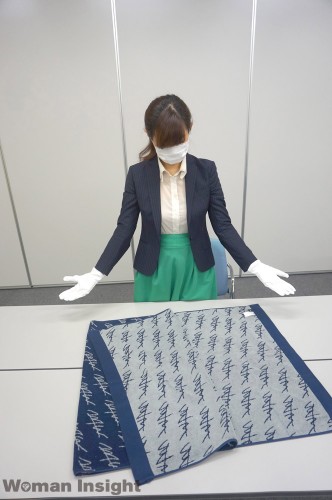 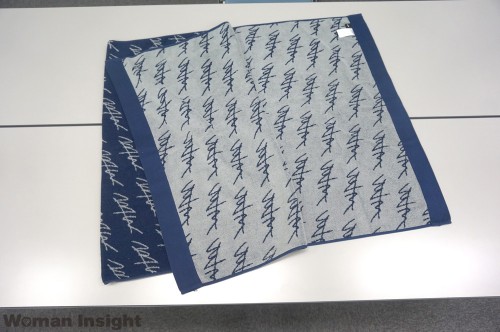 I went straight to smell it…. 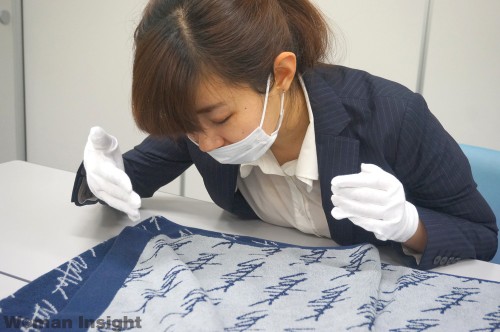 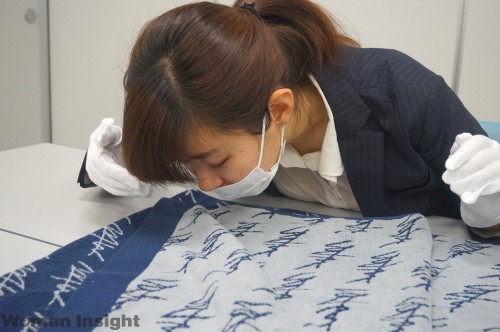 When I smells it more closely, it smells better…! It really smells great! Is this his smell!?

For your information, I suppose the part he kissed is around this. For the winner, we hope you find it informative. 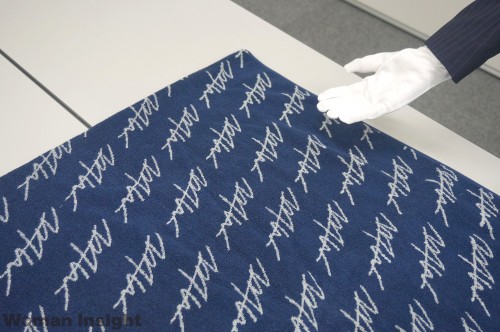 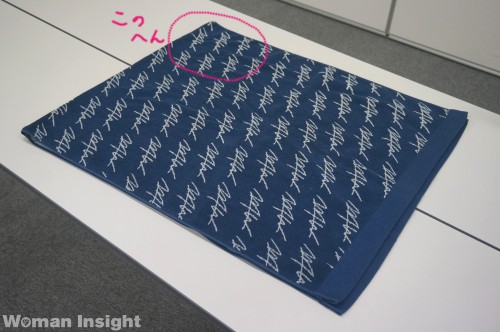 When I sniff out the part and others… 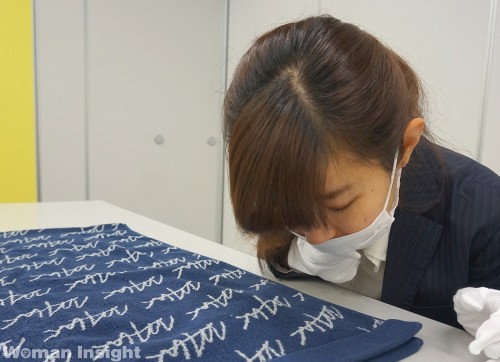 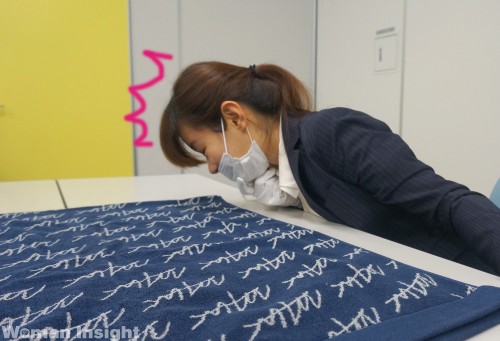 I bet the part he kissed smells nicer!!! It smells sweet!!

When I said so, a cameraman teased me saying “I can say it’s smelling hallucinations like auditory hallucinations!?” But I’m definitely sure that it smells good. If eels smell it, they will soon be in love.

Jang Keun Suk is wearing perfume on a routine basis. That’s why the towel absorbs his odor… ❤ 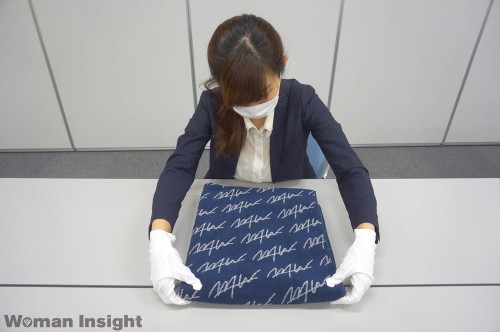 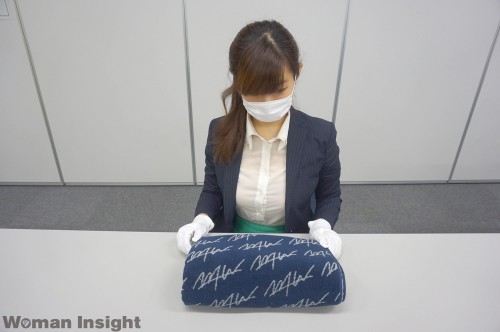 Not to take it as a rude attitude for the lucky winner, I tried to fold it back with the greatest care, touching only the edge.

Sigh… Is this a reader’s present…?? ‘HIGH CUT Japan’ is very generous. You must try to apply.

Well, I feel sorry that I’m too excited to report properly from the first, I’m going to introduce the glimpse of the contents such as secret BTS stories shared by ‘HIGH CUT Japan’ editorial staff and non-existent cover. Please look forward to them!

9 thoughts on “[article] Worth of family treasure! I checked ○○○ of JKS’ used towel”