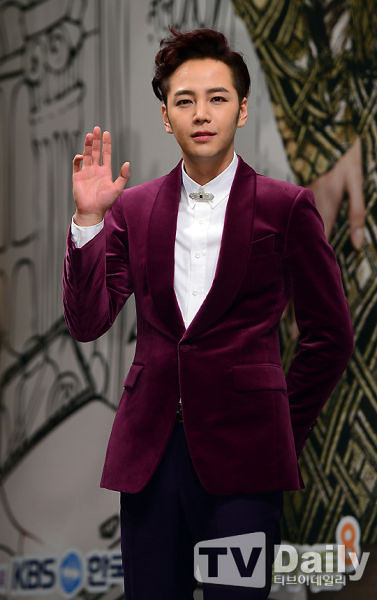 Jang Keunsuk was interviewed on Jan 20 at Gangnam Gu, he revealed some personal things.
When was asked if he cares for Anti fans, Jang Keunsuk answered: I don’t hate them, but I will not just separate as like or dislike. I think this way: (They) are different from me. I can’t ignore most people’s opinion, so I do care. I think my responsibility is to find out “What they like and what they want from me.”

When asked: “What do you think the shortcoming of yourself?” Jang Keunsuk said: “I have many things on me is not perfect. But I will not take the appearance as the first option. In “Bel Ami (Beautiful Man)” even I think that good looking is also important, but I think the most important is to keep fit and body management.”

Jang Keunsuk continue said: “Plan A for losing weight is do not eat anything but only drink soju for 5 days. In this case, you will lose water in your body and get slim. Even this is very un-healthy way, but it can help you lose weight in a short time. Plan B is diet. I don’t like to do exercises, I only go to body trainer if the condition is worse.”

Jang Keunsuk said: I have good relationship with the actors I have worked with before” Such as Yoona and Park Shin Hey. I just talked to Park Shin Hey on the phone yesterday. We will shoot a CF in China soon.”

Jang Keunsuk praised Park Shin Hey: I have worked with Park Shin Hey for CF 3 times already, I always recommend her to others. She is hard worker and really good. I hope she gets success. The two were worked together in 2009 SBS drama “You’re Beautiful” Jang Keun Suk as Hwang Tae Kyung and Park Shin Hey as Go Mi Nam. The drama was very popular.

And, Jang Keunsuk just finished shooting KBS2 drama “Bel Ami (Beautiful Man)” he is now taking time off but already in discussing for next project.