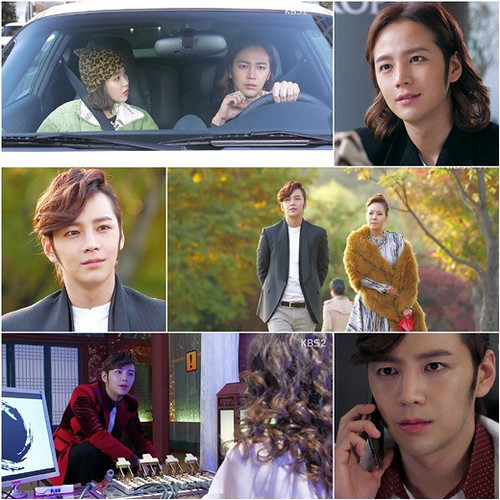 Dec 11, the “Beautiful Man” producer said they have got from copyright orders from Japan, China, Taiwan, Hongkong, Singapore, Malaysia, Vietnam and Philippine 8 countries/areas. Japan and China even before the drama debut had already interested in buying. After the drama started to show, it has gained lots of interest from all over the world. So except these countries, some other countries are also undergoing copyright contract signing.

For “Beautiful Man” the reaction from Korea and overseas is totally different. In Korea, the viewer rating only 5% but overseas market just because it is labeled with Jang Keun Suk’s name so the drama is so welcomed. Group 8, the drama production company said: “Before the première, some overseas contract proposal have come already, during signing, they don’t care about the rating in Korea. Because of Hallyu star Jang Keun Suk’s power has brought overseas copyright contracts. Drama You’re Beautiful (2009), Love Rain (2012) and movie You’re My Pet (2011) etc all had great overseas responses. So naturally, they will also looking forward to this drama.”

In fact, Jang Keun Suk’s drama in Korea normally the ratings are all single digit, but since he has huge fan numbers in Asia so overseas sales are always good. Before, drama You are Beautiful was shown on China biggest TV channel CCTV, Thailand BBTV, Philippine GMA, Singapore MATV all have gained great viewers responses. Love Rain also before it was broadcasted it has sold with record high 9000 million won by Japan, which shocked the show business industry. So this time, people are also wondering what price will rise up for “Beautiful Man”.

(Note: according to Philippine eel, You’re Beautiful was shown on ABS-CBN network not GMA)