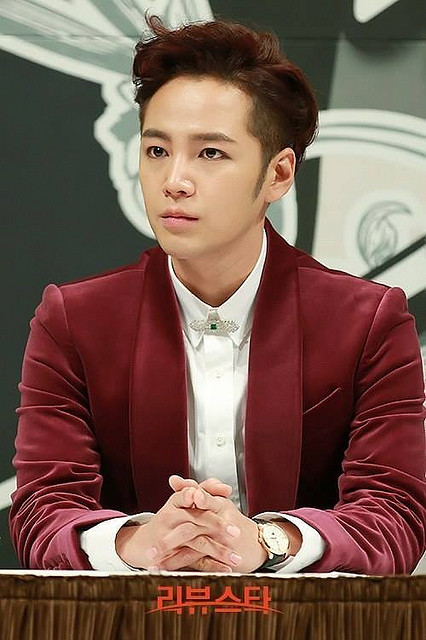 Actor Jang Geun Suk recently revealed a desire to reclaim his name of the actor “Jang Geun Suk” in Korea.

On November 18, at the Imperial Palace Hotel in Gangnam, KBS held a press conference for the new Wednesday-Thursday drama, “Beautiful Man.”

Here Jang Geun Suk said, “When I first received a proposal for the role, I saw the original comic, and thought it would be a fun and challenging piece to participate in. As I’ve become more popular around Asia, it’s gotten harder to choose pieces. While just doing concerts and performances out-of-the-country, I thought I might be forgotten in Korea, so I decided on ‘Beautiful Man.’”

Jang Geun Suk is playing the role of Dokko Ma Te, a man who has a face that can change history and considered a national treasure. Through his relations with 10 different successful women, he learns some important life lessons, and we see him develop into a truly “beautiful man.”

The actor said, “Many people think Dokko Ma Te’s character matches me perfectly, and I think so too. But, since I have to put on ten different characters meeting ten different women, the acting isn’t exactly easy. I’m not afraid of failure, though. But I’m not obsessed with the thought that I have to make the drama succeed, either. If I was, I’d have to stay holed up in my house all the time.”

The actor continued, saying that he wants to experience playing many different characters, and to solidify his position as a genuine actor. “I thought that through this drama, I could turn my cons into my pros. The Jang Geun Suk that people know in Japan and China is outspoken and outgoing, but the me in Korea, as far as I know, is seen as sometimes over-the-top.”

He explained further that he thought a lot about how he might be able to come across as outspoken and outgoing while not being over-the-top, and that he thought Dokgo Ma Te’s character might be able to help him achieve that. “They call me Geun-chan in Japan and Jang Geun Shu Eo in China. But in Korea, my name doesn’t really have a presence. Through ‘Beautiful Man,’ I want to start over as a genuine actor.”