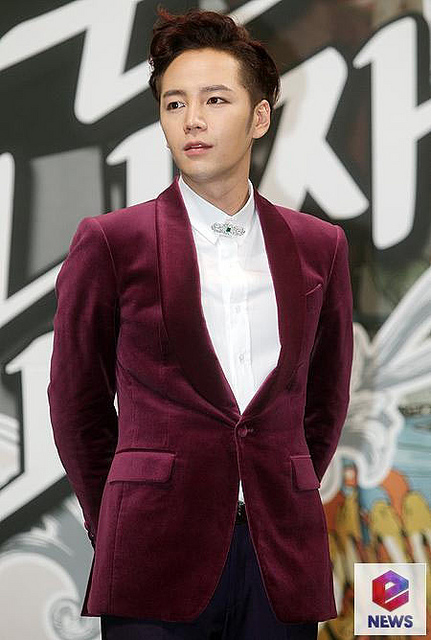 Starting fresh with a new haircut and a new drama, Jang Keun Suk shared that he hopes to regain his title as Jang Keun Suk, the actor.

On November 18, Jang Keun Suk participated in the press conference for his upcoming KBS drama, Pretty Boy with his co-stars, IU, Lee Jang Woo, and Han Chae Young at the Imperial Palace located in Nonhyun-dong.

When asked why he decided to appear in this drama, Jang Keun Suk responded, “When I read the original comic book, I thought it would be a project that will be fun and worthy of trying.”

“I also thought that the character was very Jang Keun Suk.”

In this upcoming drama, Jang Keun Suk will be playing Dokgo Matte, who is overflowing with handsome looks and charms. He is a character who attempts to seduce 10 women who are ranked the top one percent in Korea.

Based on the comic book Pretty Boy by Cheon Gye Young, the story is about Dokgo Matte, who hopes to grow as a real ‘pretty boy’ by seducing women. Meanwhile, Kim Botong (IU) is a woman who only has eyes for Dokgo Matte, foreshadowing an unbalanced love story to unfold.

The drama script was written by Yoo Young Ah, who also wrote the screenplay for The Present in Room Seven. The drama will be directed by Jung Jung Hwa, who was in charge of Flower Boy Next Door and Flower Boy Ramen Shop.

The drama will air on November 20.