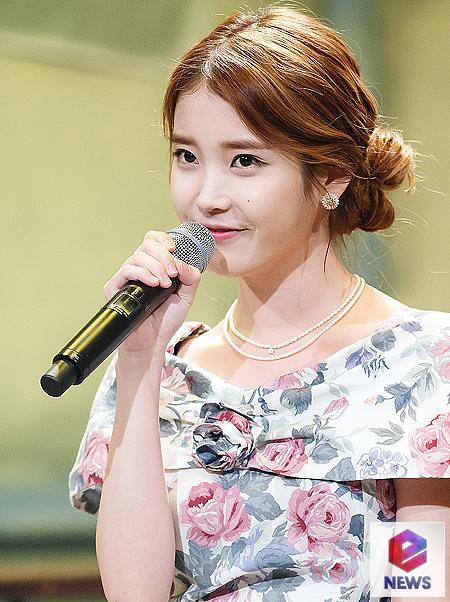 Kim Bo Tong is a girl that the appearance, background, school records are all ordinary. She fell in love with beautiful man Dokgo Mate at the first sight in middle school. Since then, she lives her life only for Mate, but her unique 4d fashion sense which no one can understand always brings trouble to Mate. In Bo Tong’s eyes, all the girls around Mate are just like splinters. She uses her creative way to claim and stand by the side of her beautiful man – Mate.

IU can show the charm of an ordinary girl to a beautiful man. Her friendly and loveable image is the best choice for Kim Bo Tong. The production team gave her high ratings on her playing the role.

Group8, the production said that Kim Bo Tong uses her ordinary charm to conquer Mate, they expect IU will do her 120% to digest this role. This will present the strongest unbalanced couple in Republic of Korea’s history.

Beautiful Man story is about Dokgo Mate a man who has national treasure class beauty and devil character steals the hearts of 10 women who are from the top 1% successful women group. The drama is a white paper book about how Mate grows to a real beautiful man. Kim Bo Tong a true ordinary girl of whole Korea, in her eyes there is only Mate. She and Mate the world most beautiful man become the most unbalanced couple in the history. This will be an unpredictable love comic. The original comic book by Yoo Young Ah has proved a success storyline. Her previous work like “My Paparotti” “Miracle in Cell No 7” were also gained good critics. The director Yun Sang Ho who has directed “Bichoenmu” “Tampted Again” “Saving Mrs. Go” etc.. Co-director Jung Jung Wha has directed “Flower Boy Next Door” and “Flower Boy Ramen Noodle Shop”. So the team has got attention because of them.

The drama will be aired first on Nov 20.