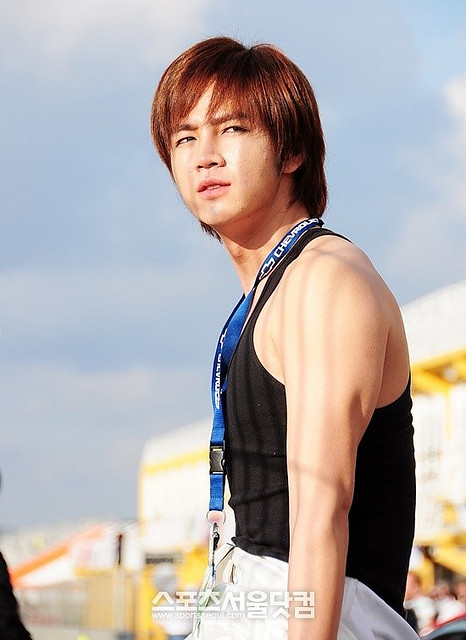 In the Apps, there are some pics never seen before, revisiting again the actual lively atmosphere of the filming site. Apart from this, JKS’ diary of every city where the racings took place will also be revealed. Can see how natural JKS was during filming under circumstances where there were no scripts. Can also understand JKS more thru the commentating, seeing his daily life as a happy JKS enjoying his holidays be it shopping or drinking beer, etc. Especially in 2008, JKS was still child-like & fresh face & also multiple varieties of styles of unusual fashion sense.
The PD who directed GTX2 & who was the one who put out the Apps said “can see the glorious motor world & looking again how young people went thru challenges to reach their dreams”, “with his love for cars, JKS’ expert commentating & also his unrevealed looks, it’s a great attraction for car fans & JKS fans”.
Go to Extreme 2 was first released in Apple Store in June, later will release Japanese, Chinese & English subtitles.
Furthermore, until end of September, purchase of full set of the Korean version, will go to a draw with a chance to win the helmet worn by MC JKS on the show.
(Note: This is paid Apps. Heard there are 11 vids, one is free & each vid cost roughly US$1.)