Recently, Japanese broadcaster PDs, journalists of magazines have made an intense interview about a star to get his latest news or analyze secrets of his popularity. It’s not only happened in Japan, but also in China mainland and Taiwan.

This star is Jang Keun Suk (26 years old). Not only in his homeland Korea, but also in Japan, China, Taiwan etc.. Jang Keun Suk has got great popularity. One of the indicators for a star’s success is the CF endorsement value. Arashi is the highest paid star (2 billion won). SMAP is ranked the second (1.5 billion won). And Jang Keun Suk follows them, receiving 1 billion won as a CF endorsement. Last year from July to November, Jang Keun Suk held his concerts beginning in Seoul, then Yokohama, Osaka in Japan, Shanghai, Shenzhen in China, Taipei in Taiwan and so on. Total 9 cities, 16 shows. The shows collected 163,000 audiences. Jang Keun Suk scored the jackpot. Also his China weibo’s followers reached over 6.66 millions （Springsuk_USA’s note: Actually right now JKS’s weibo followers has reached 9.36 million already, close to 10 million. Weibo is like twitter in China, since twitter is blocked in China). Definitely qualified for the title “Asia Prince”, He has been busy travelling to Japan, China, Thailand for his activities. Some say seeing this situation, the end of Bae Yong Joon era and beginning of Jang Keun Suk Time.

At age of only 26, no one has thought Jang Keun Suk’s brilliant success before. So what is the secret of Jang Keun Suk’s success? The driving force behind this success is that he has great understanding and analysis of the trend, he prepared well with good marketing strategy. 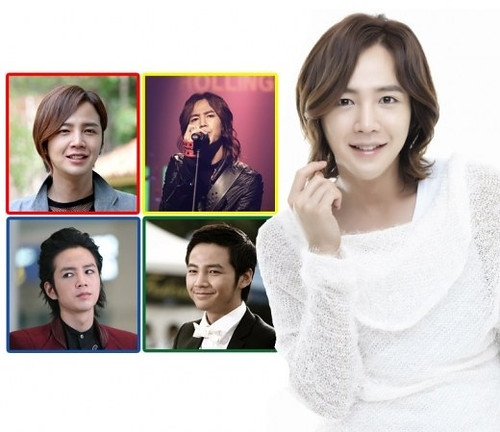 Started as a CF model at the age of 6. Unlike many child stars who failed transition to adult actor from a successful child star. Jang Keun Suk gradually beyond the child star image became to a matured actor through drama “Huang Jin Yi” and “The Case of Itaewon Homicide” with the power of the intense characters he played.

After “Beethoven Virus”, he started his stardom. And through the popular drama “You’re Beautiful”, he came up as a new Hallyu star. Even though “You’re Beautiful” didn’t receive good ratings in Korea, but it got explosive reaction in Japan and led him to be a Hallyu Star Jang Keun Suk. Followed by the characters he played in drama “Mary Stayed All Night Out”, “Love Rain” and movie “You’re My Pet”, he maximised the strength of his personality and good appearance therefore built his solid popularity.

Jang Keun Suk has unparalleled sense to understand the trends of pop culture. He has gained reputation as a star who is good at catching mainstream of popularity. “Popularity is just like beer foam. It can rise so high fast but disappear in a second. Popularity is purely my responsibility.” The words from Jang Keun Suk grasp the ideas of pop culture. This is an outstanding response.

In addition, as an actor the key thing for winning or losing is the choice of good roles. Jang Keun Suk chose the dramas and movies that improved his acting skills but meanwhile also strengthened his stardom. That contributed to today’s his success. And this is the different part between Jang Keun Suk and his senior Bae Yong Joon who was doing more business work than acting after “Winter Sonata.” But Jang Keun Suk on the other hand, he keeps having new works and stage performances. Not only it has generated great profit for him but also increased his popularity and fame, which made him more competitive.

He is well prepared for all these. One reason he has got high popularity in Japan is because he can speak fluent Japanese. Under the circumstance that there is intense competition between Hallyu stars in Japan market. Jang Keun Suk has prepared very well for it. Compared to other Hallyu Stars who has limited Japanese skills, Jang Keun Suk has advantage because of his language skills.

He is well-prepared for acting as well. PD Yoon Seok Ho (springsuk_USA’s note: he is the PD for drama Love Rain) said, “During shooting, I realized actor Jang Keun Suk’s biggest strength is that if people point out some problems, he can improve and correct them immediately. The perfect acting is counting on this ability. I’m sure this part comes from his natural born talents and from hard working.” Whatever with intention or not, Jang Keun Suk always has excellent marketing strategies. Generally speaking, the profit-earning source is very limited for an actor compared to a singer. Also actors has less opportunities to maintain and improve popularity than singers. In this case, an entertainer, being an actor and a singer at the same time, not only can increase earnings but also can maintain longer popularity. Park Yong-ha appeared on “Winter Sonata” is a good example. Jang Keun Suk is an actor with good acting skills and also he is passionate and talented on the music. That led his big success as a multi-talented.

Besides, unlike many Hallyu Stars who keep distance with fans and public to maintain a mystic image, Jang Keun Suk lives as he is besides fans. The closeness to the fans and being reachable is a very competitive marketing strategy. He scores high mark on that.

PD Yoon Seok Ho said, “Through working together, I found Jang Keun Suk is not an untouchable super star but a friendly and reachable one to fans and public. I think this is the big difference from other stars.”

Jang Keun Suk himself said, “Is an artist so special? It’s just a profession, no difference to other jobs. We are all humans. Why artists always have to be looking perfect? That’s no fun at all.”

Of course, there is some room for him that he should improve to consolidate his success. For example, some point out his problems related to self-management such as late arrival to the shooting site, and considerations for other actors and staff who work together on filming dramas or movies etc.. If he doesn’t improve these parts, there will be no complement to his success. His success can be gone for in just very short time. As himself said, “Being a star is like in a car race. When you’re at No. 1 position, it seems it lasts long. But once you look away and don’t pay attention to keep it, you’ll be the last one in the race in no time.”