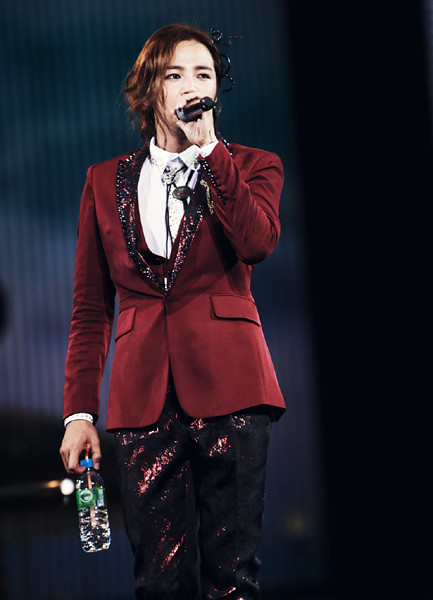 ‘The next Bae Yong Jun’ JKS, how did he become that?

On 12th July 2011, the Japanese newspaper ‘Morning Post’ reported that ‘the 2nd BYJ is JKS’. In Japan, JKS’ popularity is such that it is beyond imagination, everybody under-estimated his popularity. JKS himself also said ‘because of the difference of my popularity in Korea & Japan, even myself is confused’.
How did JKS, Geun-chan (as known in Japan) become known as Asia Prince? Let’s start in summary, ‘cheeky but a polite young man’, ‘new era fearless confidence, ‘tendency for external female prettiness & body but have a very man voice’, etc. Japanese call this ‘do S’ (serious sadist), meaning not restrained by any format or manners, exposing oneself freely & wildly.
These JKS’ charms were found started from the TV drama You’re Beautiful. In 2011 when it was aired on Fuji TV, it was No.1 amongst all the TV dramas in the same time slot. DVD rental & sales also beat Winter Sonata’s records. With this as a start, Mary Stayed All Night Out & Love Rain also respectively aired on TBS & Fuji TV, also attracted attention due to new highest viewership ratings.
Apart from that, his fashion sense is also different to others. At Fan Meetings & concerts, he will give specially designed fan service for fans from different countries. He said ‘when standing on the stage, the costumes also require a lot of thoughts, Chinese fans like bold style, like you to show face, to tie up hair and expose “million dollar forehead”, also clothes, Chinese fans prefer such as red, gold color. In Japan, they love you to draw eyeliner, they prefer cosplay feel. So have to have long hair, permed curly hair. And to emphasize the figure, wear tight pants.