The ads for Jang Keun Suke Debut 20th Annversary on IHT soon becomes a hot topic. On the full page ads (see picture below) on IHT, it is written: “Jang Keun Suk are you ready” This news soon spread broadly by SNS. This is after the subway ads, radio ads, the fans of Jang Keun Suk from all over the world organized another celebration event.

The Netizens said: “Jang Keun Suk is Asia Prince, now he jumps to “World Prince”?” “The ads is a whole page ads. Jang Keun Suk’s fans are phenomenon.” “How many more congratulations gifts for him?”

Jang Keun Suk wants to say thanks to his fans, started Dec 09 in Seoul, he held two dinner shows so far and there will be another two dinner shows in Japan on Jan 23 and 24. Also he will attend and perform on Chinese major TV New Year’s Countdown Special Program. 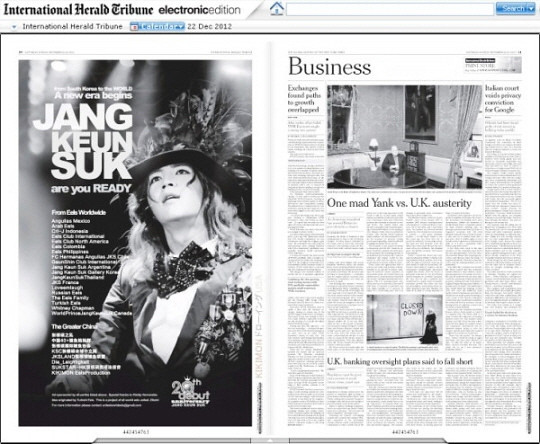 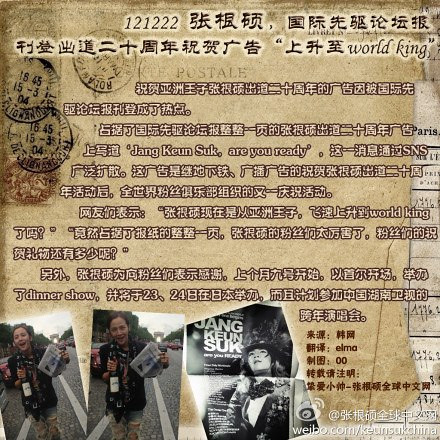