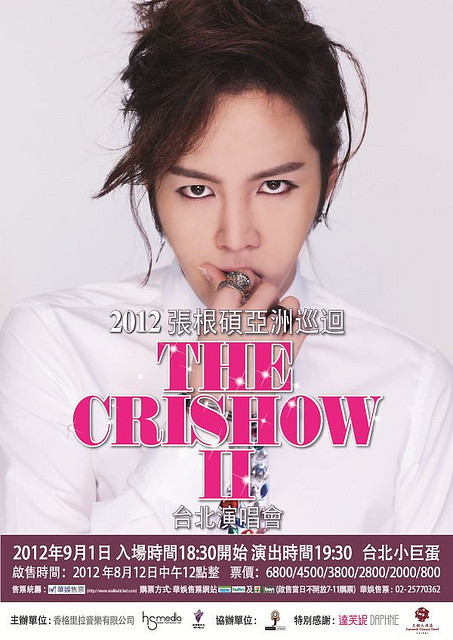 Jang Keun Suk who will have his Cri Show II concert tomorrow at Taipei arena held press conference early today. Let’s take a look what’s the content of it:

At first Jang Keun Suk talked about his feeling come to Taiwan, he said: After 1 year and 4 months, I came back here, I feel very happy, everytime I come to Taiwan is raining, seems the weather is even waiting for me.

This concert, he involved in producing from the beginning to the end. He said when was preparing his new album, he has decided the theme of the concert, so the new album and the concert will have consistency. Also this year’s Cri Show is different from last year. Last year was did as fan meeting, so more care for the interactions with fans. but this year’s Cri Show, Jang Keun Suk put lots of thoughts on it, as an artist, the things he wants to show to people, the things he wants people to know, he will show them through this concert. 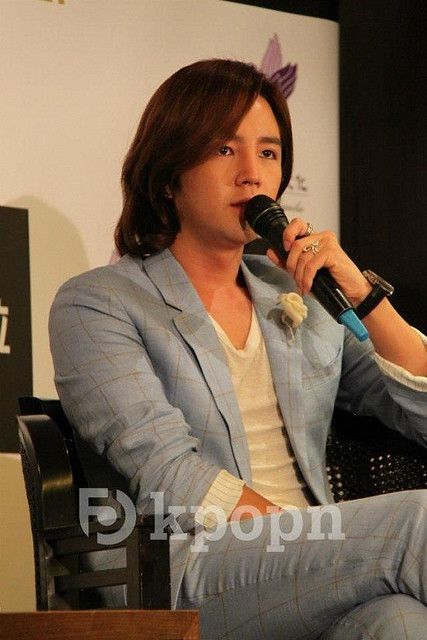 This Cri Show is at Taipei arena, is a bigger venue compare to previous concerts, Jang Keun Suk said, he felt honored, with eels’ support, he can have this achievement.

When was asked: Actor and singer, which one you prefer? He said: I think as a singer to sing on stage is also an acting, use your voice to express feelings. I was an actor at first, so I am more ambitious for acting, but singing can also express my feeling through acting, the two parts are related.

Jang Keun Suk can speak Japanese fluently, he is also studying Chinese! He thinks that he needs to go to Chinese speaking countries more to make friends there that’s the best way to learn the language. He immediately showed off some: “I’m Korean.” “call me”. Made lots of laugh on site.

There is one reporter from New York, Jang Keun Suk feels very interesting, he even uses English talk a little. He says even there are lots of Asian medias, but is seldom to see western face, he feels very happy about it.

Jang Keun Suk also mentions, he is planning for Chinese album next, as Team H, target to Chinese market, next year will have new concerts. He promise next time he won’t come to see everyone with blood.

He works out a lot recently, he expresses not only keep his figure fit, but also it is important to do self management. After he exercises, he feels easy when he sings, his body gets more healthier. The MC Wu Jian Heng asks if by any chance can see the result of his work out? he answered wittily and humorally:”My body is sacred, will let you see it but wait another 20 years.”

This year is the 20th anniversary after Jang Keun Suk’s debut. When talk about future plan, he expects he can be more worldwide than now, not only a Asia Prince, he wants to be a world artist, to have concerts at many places outside Asia. He thinks it is great to have dream, with dream he will has motivation for trying hard. If he become to world star, there will be reporters from all other countries at press conference. He thinks if that can happen that would be really fun.

Note: If you want to learn about Mid Autumn Festival, here is wikipedia page http://en.wikipedia.org/wiki/Mid-Autumn_Festival 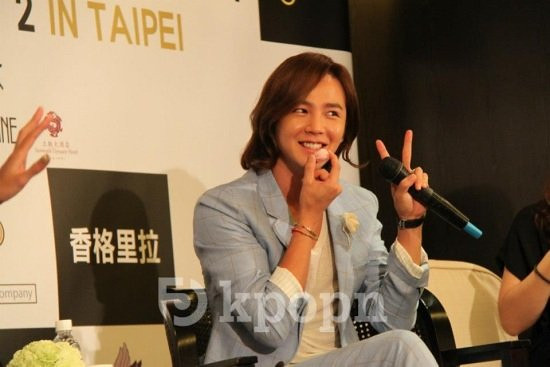 After interviewed by the MC, there are also some questions:

Q: Early when he was in Shanghai, because some fans crazily chasing his car, this time no people following him, how he feels about it?
A: The most important is safety, if you keep it safe, even you follow me for the whole day I will still be happy. But for those who don’t care for safety, speeding on the road, cross yellow lines I can’t accept that. This time I come to Taiwan there was nobody follow me, I thought I’m not popular anymore, I was thinking to go back to Korea!

The MC Wu Janheng says because eels are following orders they have been asked not to follow his car, that’s why there was nobody. Jang Keun Suk is cute, he yells to eels: Come to follow me safely! He even said in Chinese: I’m sorry, I love you!

Q: Is there a possibility to open official fans club to Taiwan fans?
A: Besides Official Fan Club, if at Grand China area, every place has it own special fan club, that would be fun too! Or through internet to talk to fans, just like to be in love with fans, that’s good too.

Q: Last time you came with your toe hurt, this time, his face was hurt, don’t you feel there is always something happen?
A: I think, compare to perform under the perfect situation, even there is little hurt but still can perform perfectly, isn’t this is more dramatic? But I didn’t hurt myself on purpose. (in Chinese) Zhen de, zhen de! (It’s true, true).

Note: Last year when he came to Taiwan, he was shooting You’re My Pet, during shooting, when he was playing soccer with staff during break he hurt his toe. 🙂

Q: Last year you said you have no love experiences, this year do you want to be in love?
A: What is be in love? I don’t know (laugh), to talk to eels is also be in love… I think two people care for each other listen to each other, spend some good time together everyday is important for be in love. I’m too busy everyday, sometime I don’t even know which country I fly in. So I can’t help, there is no time for love. I feel to interact with eels is more interesting! I have girl friends in Taiwan, Korea and Japan! Conquer the world!

Q: You have said you would like to get married early, but you’re so busy, it is possible?
A: Maybe get married with fans.

Q: If suddenly you have a vacation, where you want to go?
A: This year on my birthday I wanted to travel, to an uninhabited island, really a place nobody is there. My manager gave me a birthday party, really interesting, it was good memory. But if I have the chance, I would like to go to a place with a lot women, because I don’t have any scandal, so, many people misunderstand that I like man, I love woman! 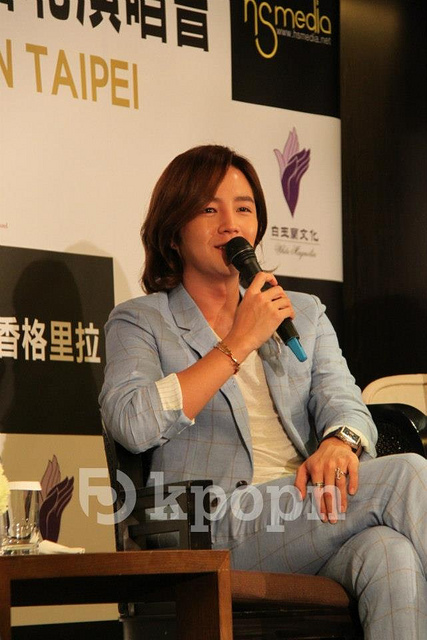