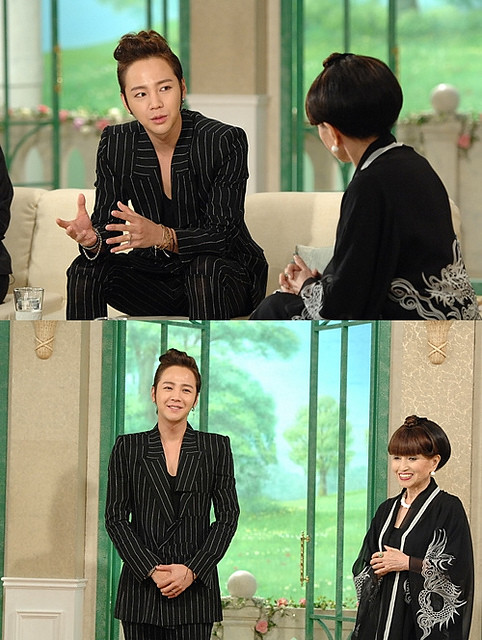 Jang Geun Suk, Takes Over Japanese Show Programs Without a Translator ‘For Sure the Prince of Asia’

Even with his busy schedule that is currently filled with promotions and activities for his upcoming Japanese album “Just Crazy” containing songs such as “Stay” and “Abracadabra,” he visited his Japanese fans on June 22 through a popular Japanese reality show. During the show, many famous Japanese MCs and producers were awed by Jang Geun Suk’s charm.

On a daily basis, Jang Geun Suk is usually busy for 14 hours on a regular day. In addition, he has almost 80 hours worth of publically announced activites and promotions scheduled on his calendar everyday. If all his private activities are taken into account, he probably would have at least 100 hours worth of activities scheduled on his calendar everyday.

What garnered the most attention from Japanese viewers was the fact that Jang Geun Suk appeared on “Dechuko’s Room” without a personal translator. This certainly left a mark in Japan because there has not been many Korean celebrities who were able to speak and understand Japanese in a Japanese reality show such as “Dechuko’s Room”.

In addition, “Dechuko’s Room” has been airing for 37 years; thus, it is known to be one of the most popular shows in Japan. Due to the immense amount of popularity, the show only requests for guests who can fit in the “top star” category. MC Kuroahnagi, the main MC for “Dechuko’s Room,” even timidly gave away her trademark, a candy that she uses to roll up her hair, to Jang Geun Suk as a gift. After the show, MC Kuroahnagi further surprised the show’s acquaintances by taking a friendly photo with Jang Geun Suk.

It has been revealed that Jang Geun Suk needed at least 200 staffs to fulfill his duties for the show. There were also special performances by famous Japanese comedians and other corners that were all specially planned just for Jang Geun Suk. Jang Geun Suk also appeared very professional by always being courteous and polite. He even wore his bracelet that symbolizes his support for the Japanese earthquake victims.

6 thoughts on “[article] Jang Geun Suk, Takes Over Japanese Show Programs Without a Translator ‘For Sure the Prince of Asia’”