‘Beautiful Man (Bel Ami)’ official website in Japan announced beforehand that a surprise plan would be announced on August 18th. And today it was unveiled. First of all, the release date of ‘Beautiful Man’ DVD and Blu-ray in Japan was announced. It will be on October 17th. Before that, on October 2nd TSUTAYA video rental chain will start to provide the rental service. Secondly, TSUTAYA announced their collaborative work between BM and Jang Keun Suk. They will release JKS T-card special edition. T-card is originally for TSUTAYA membership card, but recently it’s been well-known as one of the popular e-money cards in Japan. We can apply JKS special T-card in October. Besides, there is another big surprise event for Japanese eels. Those who apply for this T-card and buy BM DVD or Blu-ray the first shipping edition will have a chance to apply JKS autograph session held on November 29th, somewhere in Tokyo. The lucky winners are only 100 people! I wish I could be the one! 😀 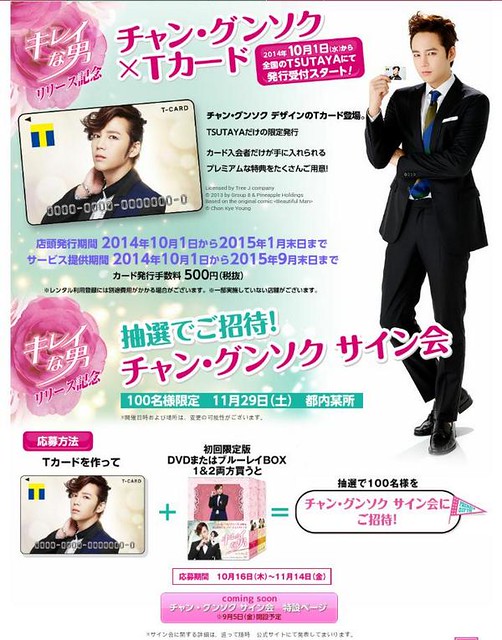 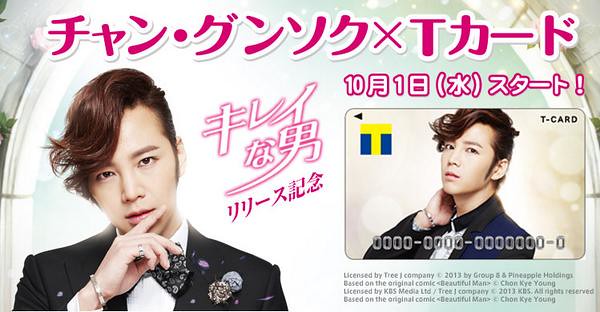 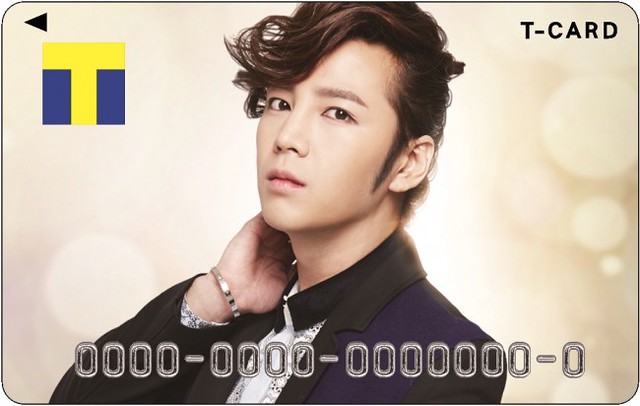 This is the countdown video what happened on August 18th at noon 🙂
Credits: chika8004h