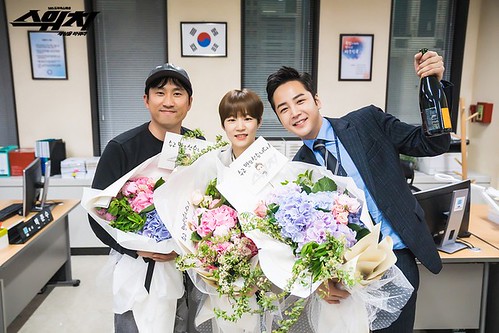 When I first met him, I felt that “He is the real deal!”

—-What was your impression when you first met Jang Keun Suk?

As far as I saw his past works, I thought that his acting with a light touch was better than the serious one. With such an image in mind, I decided to meet and talk with him as the first candidate for the main character. Even though the casting wasn’t confirmed yet, he said, “This work is very important to me and I want to do my best.” I was so surprised to hear that. And he also showed me his respect as a truly responsible director even though I was a new director who directs miniseries for the first time. A top star, Jang Keun Suk did that! Instead of looking down at me, he eagerly told me about his thoughts and passion for the drama. This is his last work before joining the military service. I had a short career as a director then. If I were him, I think it would be difficult to entrust an unfamiliar director. So, his reaction was surprising.

In a conversation at table, he said, “Director, do you know if there are some images I have rejected by viewers? It’s a typical acting pattern of Jang Keun Suk that is often told in romantic dramas. In this drama, I will try not to show such an acting pattern, even as a part of them. I will play the main character to make viewers feel that is far from my typical image. I will try to act so in my mind, but I can’t do it by myself alone. I want you to help me, to eliminate it if it comes out. If the “Jang Keun Suk pattern” appears, please stop shooting as NG scenes and redirect it. I believe your direction.”

At the moment when I was told that, I was really surprised and terribly impressed. In spite of the first meeting, he revealed his weaknesses in front of me. He also gave me full authority to produce him even though I was a new director who had no masterpiece. “Please make me into the character you think is the best in this drama.” he said. When I heard that, I was sure that he must be the best actor who knows the essentials of acting well and can play this character better than anyone else. So right after I met him, I told the filming company, “This actor, Jang Keun Suk is the real deal! I definitely want him to work together.” 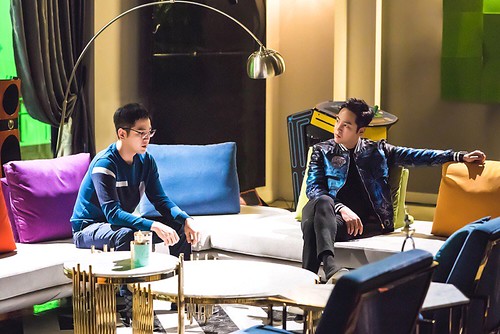 —-What did you think about his double role ?

I thought Sa Do Chan’s character would fit him perfectly to the image I had with him so far, and after meeting him I was also sure that he could act as Beak Jun Soo’s character precisely. In fact, he perfectly played the different two characters, so it was easy to recognize his two different roles in any situation. Seeing his acting, I wondered how he feels to play Sa Do Chan and Beak Jun Soo alternately.

I told him what I felt honestly. He also shared how he felt too. He said, “At first, I thought I had to play the roles in an entirely different way from which I usually do, but gradually and naturally I began to find the current way to play the roles. After finding this acting style, I feel ease and great.” This means that he has completely taken in the both characters. The scriptwriter was also pleased about his acting, and said “Jang Keun Suk has entirely assimilated into the character.”

—-He is a well-known actor who gives various ideas in his previous works. How was it this time ?

As is rumored, he gave us many ideas. For example, Sa Do Chan’s habit of biting nails is born from his idea. As soon as I shared some images of the scene with him, he suggested various ideas, and they helped us a lot.

I would like to show you one of the good examples. It’s a scene in which Sa Do Chan disguises as Beak Jun Soo, a public prosecutor, and enters the museum for drug investigation. At first, it was planned that he destroys the Moai statue and finds drugs in it. However, when I went to the filming site, I found that the stone statue was set in a wooden box. It looked impossible to turn it over without hands.

As the highlight of this scene is Sa Do Chan boldly destroys the stone statue, if he can’t, it has no punch. I didn’t know what to do, and told him the difficult situation we faced. Then, he gave us a great idea, “How about using a long stick to pull it down?” Wow, that makes sense! And we filmed as he suggested. It was perfect for the image I wanted to show. I should have asked him for help sooner (laugh). In fact, I was always helped by his various ideas. 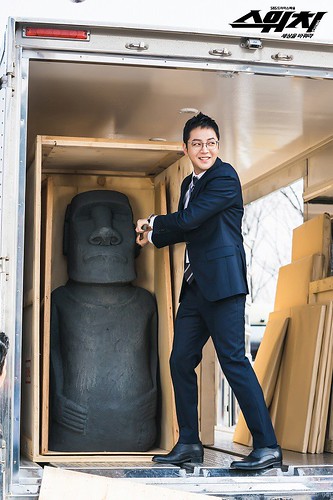 —-Which scene of his acting surprised you most?

Well, it’s a scene when he saw his father again whom he thought he was dead in his childhood at a hotel room. His acting was amazingly superb. My inner voice came out automatically seeing his acting, “Wow… how can you gaze at him like that, Keun Suk?” There are no particular lines but his eyes tell what he feels in front of his father. That scene describes his various emotions such as surprise, apology, and resentment towards his father… He expressed them by his gaze only. To tell the truth, I was a little worried before filming the scene. Because, until then, the serious scene was played as Beak Jun Soo. But, this scene is played as Sa Do Chan. Moreover, the schedule was quite tight and I couldn’t give him enough shooting time. It must have been very hard for him physically too. I was worried if he could play the role well as it was a long scene. Then, I asked him which he prefers, filming the long scene at once or little by little. His answer was to film it at once. So I hastily prepared for shooting. Despite such a hard condition, his eyes’ acting was incredible. I can say this was the best scene in the drama. His acting was really really wonderful. 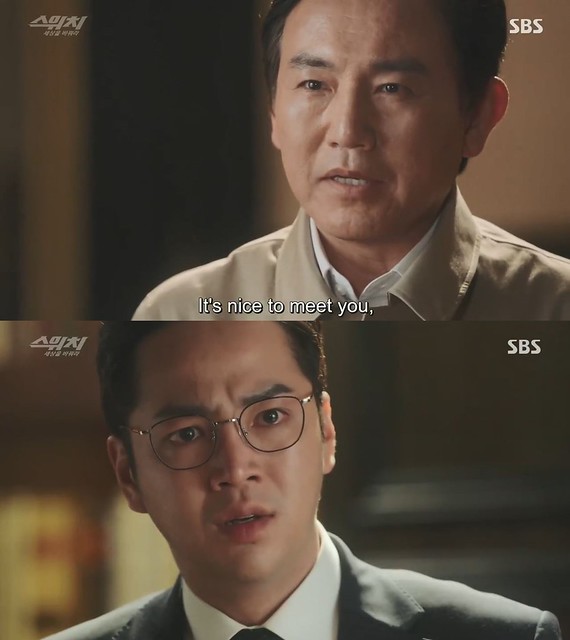 Since this drama has few romantic scenes, a female actor doesn’t look like a big role, but it was very important. Instead of casting a popular actress to attract the viewer’s attention, I want to try with the storyline. Therefore, I wanted to choose a cast based on her acting skill and her own charm. An actress with a good performance and attractivity! This was our common opinion of the three, Jang Keun Suk, the scriptwriter, and me. It was Han Ye Ri who met our key requirement. In fact, she played the role very well and we’re really pleased with her acting.

—-What was the most impressive episode while shooting?

There were two new actors in the cast of the fraud team led by Sa Do Chan. Keun Suk often talked to them even when we didn’t shoot the scenes. His such side left another impression on me.

When the team’s scene was filmed, all of the team members discussed how to act better. For example, Shin Do Hyun drop-kicked in an early scene. Her acting looked a bit awkward, so Keun Suk gave her advice showing his acting example. For some of the top-class actors, giving advice to new actors is troublesome. Because new actors are not practiced, so they are not quick on the uptake. However, he is willing to advise them. Even though he looked exhausted, he tried to communicate with them and took the leadership. Seeing his way to approach them, I was sure that he was different from other successful actors. 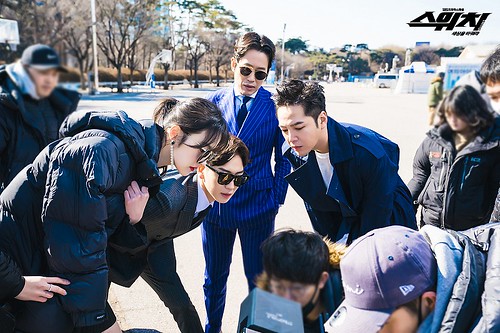 —-What do you think is his charm as a person?

I think that is his honesty. He always talks about what he thinks without hiding himself. I think this is very important when we establish a trustworthy relationship. If it’s a superficial, one-time relationship, we don’t have to be true to ourselves. But he always shares what he thinks even if we have the opposite opinion. Thanks to his honesty, I can tell him my feelings and ideas honestly too. I think this is good for both a long-term relationship and making a better drama. After the final shooting ends, there are two kinds of people who give me a different impression. One gives me a ‘great actor’ impression, and the other gives me a ‘great person’ impression. Jang Keun Suk is the latter. He’s really a generous person.

—-Is there anything you think is important in directing dramas?

I want actors to act with hearts. If they have a certain level of acting, they can move the viewers. However, in the long run, I think there is a big difference between acting with heart and not, and eventually the difference affects me, the drama, and the actor himself. Jang Keun Suk plays roles with heart. I felt it many times on the filming site.

—-Finally, please give us your recommended viewing points of this drama.

First of all, I would like you to pay attention to the double role of Jang Keun Suk. In addition, I hope you enjoy imagining the reasons of the characters’ minds. “Why did Sa Do Chan take action like this ? Why did Beak Jun Soo do so ?” When we took the scenes, we discussed a lot with the actors, taking care of each character’s reason to take action. I recommend everyone to watch this drama, guessing their reason for the action. 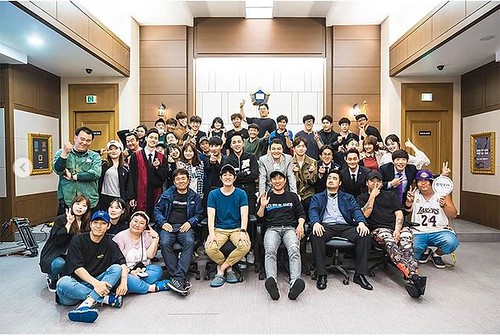