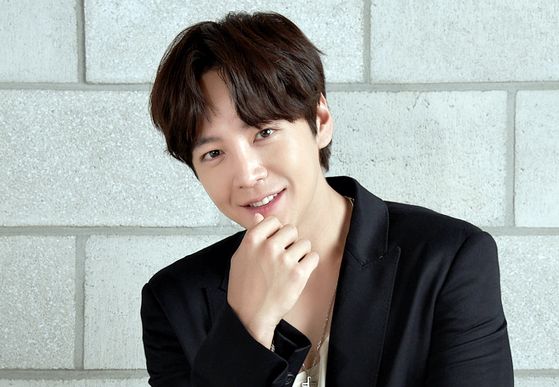 Actor Jang Keun-suk, also known as the Prince of Asia, is back.

In the online event, Jang revealed details about “2020 JKS Online STAGE Dreams,” a fan event which was scheduled to take place the following day on his YouTube channel.

Jang wished to have a face-to-face meeting with fans, but instead had to hold the event online to adhere to social distancing measures.

In the two years that have passed since Jang first began his military service, he’s still managed to keep his youthful looks, and it was clear during the press conference that he’s also maintained his unique sense of humor and thoughtfulness.

The following are edited excerpts from the online press conference. 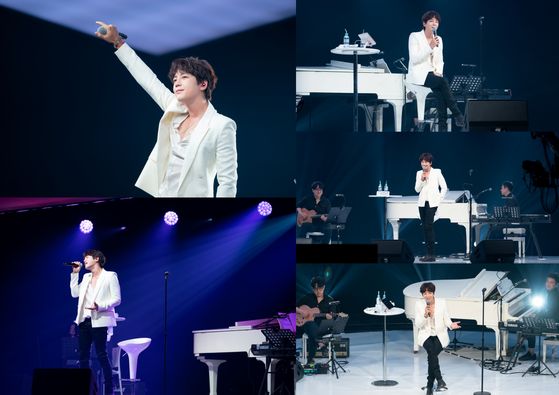 Q :How do you feel about performing for your fans for the first time since being discharged from the military?
A :To be honest, we’ve been discussing about holding performances and various projects since last year, but it’s become hard to find opportunities to meet up with the fans due to the coronavirus. Even for my fan meeting tomorrow, we had been preparing for six months, but as our circumstances changed, I wondered, “How can I proceed with this?” As it was the first time I was meeting fans after my discharge, I kept wondering, “What am I going to do?” Then I thought that even if there’s no audience, I want to create a space that feels like I’m in front of everyone even if everyone is at home.

Q :What has changed the most after serving in the military?
A :There have been many changes. The biggest one is that I have become healthier. My life was like riding a roller coaster since my debut. I was not healthy — physically or mentally. For the past two years, I would diligently go to work at 9 a.m. and come home at 6 p.m. It was the first time in my life that I lived like that. I felt more relaxed, and as my body became healthier, my mind did too. Another difference from two years ago is that I got older (laughs).

Q :How did your fans cheer for you during the time you were away?
A :I’ve been feeling sorry for my fans during the two years I’ve been away from them. That’s because I’ve always lived a busy life going back and forth between Korea and Japan, never taking a minute of rest. But for my two whole years of my military service, I was out of the picture. Sometimes, I hesitated about whether or not to post something on the fan pages or on my social media but decided not to. Perhaps it seemed like I was totally distancing myself from my fans, but I thought that was the right thing to do during the time of public service. Nevertheless, I saw all the messages left by my fans.

Q :You must have missed your fans a lot — how do you feel about the so-called untact [a portmanteau of the prefix “un” and contact, meaning no contact] performance?
A :The sound and the lighting effects will be different compared to when performing in an actual performance hall. Even the band has been minimized. An “online stage” sounds more appropriate than a concert or a fan meeting. I want to make the most of what we can do online and do my best.

Q :Usually your calendar is jam-packed with travel plans. How do you feel about the current situation?
A :It’s very sad and disappointing. But since it’s not only affecting this industry of arts and culture but everything else, I think we should all adapt to changes together.

Q :Is there any message you want to send to your overseas fans? Do you have any plans to travel abroad?
A :It’s a pity I can’t go meet my foreign fans when the whole world is fighting against Covid-19. I’m truly sorry. I’m looking for a way to visit my foreign fans.

Q :Are you aware that many fans want your next work to be in the romance genre?
A :I don’t have a specific work in mind. I just want to start something. I want to participate in a work that allows me to tell a story rather than me merely standing out as a protagonist. Right now I’m happy just reading any script. Having a script in my hand relieves the two years of thirst I had to act.

Q :How do you feel about recently becoming independent from your mother’s agency?
A :I feel like a newborn baby. I want to take my first step by starting a new project in a new agency as soon as possible.

Q :Have there been any projects or roles that have stood out to you?
A :I usually watch dramas when I work out. Recently I watched a drama series on Netflix titled “Extracurricular,” and the story was good and the new actors caught my attention. I couldn’t relax watching them, and thought I should train myself. I also watched a movie “Somewhere in Between” directed by Jeon Ji-hee. It’s not a big-budget movie, but when I saw actor Lee Dong-hwi acting, I looked back on my own life and asked myself, “Did I always want a flamboyant life?” as the life of the protagonist was so dry yet natural.

Q :Is there another nickname apart from Prince of Asia that you’d like?
A :I like being called an Asian Prince. It’s not overwhelming, but to continue being called that, I feel I should look after myself well.

Q :How do you recall the last 27 years since your debut?
A :I ask myself questions about this topic a lot while I’m sitting in traffic on my way to work, but I don’t want to recall yesterday’s regrets or yesterday’s glory. Looking back, I think, “You’ve lived a very good life.” Even when hardships came, I recovered well in my way.

Q :Do you realize you are more recognized as a Hallyu [Korean Wave] star than an actor?
A :That’s right, people do tend to see me as an entertainer. Now I think I need to find a balance. I introduce myself as actor Jang Keun-suk, but others see me as a Hallyu star. It is true that I’ve missed the opportunity to be seen as an actor. From now on, I think I need to know how to balance between being an entertainer and an actor. I want to focus on my position as an actor and how an actor should behave. At the same time, I will never forget to communicate with my fans.

Q :Is there a particular piece you’d like to be recognized as your representative work?
A :My filmography reflects the image of a Hallyu star. Maybe I wanted that. You’re not alone in a drama or movie, and perhaps I regret trying to do everything alone in the past. Now I want to be buried in the story, rather than outside it. I want to be that kind of actor who can sympathize with a good story.