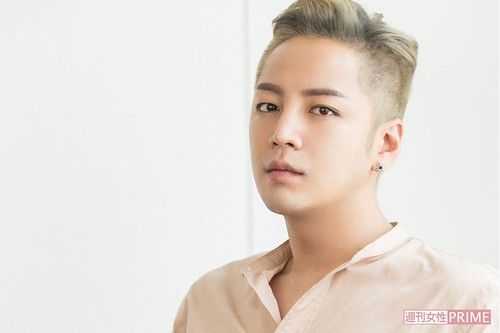 “This is a drama about the social satires between swindlers and prosecutors and the switch between two roles. Among them, you don’t even know if it is love that arises, love that comes from sympathy, or romantic friendship. The development of the plot is speedy. Above all, this is a drama that I am acting in. I think this is the charm of this drama.”

Jang Keun Suk (32) introduced the highlight of his work to us. Currently he is serving in the military. “Switch~ change the world with you” is his last leading drama before his enlistment. He plays a double role-Do Chan, the outstanding genius swindler and Jun Soo, the prosecutor who is well-behaved.

I posses both of these personalities inside me

Jun Soo, who was chased by an organization due to an incident, lost consciousness after an accident. In order to cover his condition, the female prosecutor, Hara, found a swindler who looks like him , and agreed to help solve the case.

“If Jun Soo is a person who expresses his emotions in a limited time, then Ducan is a pure white canvas that can be portrayed by me so that people can see his pure and free-spirited characters. I have both personalities. Perhaps, some people don’t think that I have some characters like Jun Soo in my personality. I only know that I like to be free and express my feelings directly.”

He said that when he was acting, he got addicted to each character, especially Do Chan.

“From the zero state to the transformation into a variety of roles (disguises), I felt very happy. Wearing a wig, being a guitarist, when disguising myself as a doctor, I even consulted medical terms and prescriptions. Besides, the action scene was not a cool attack, but the action of quick escape. I think this is a very different point from the previous TV series.”

I feel blessed that I was both worried and thinking

As to the tone of the voice, the expressions of eyes and the way of speaking, etc., Keun Chan has interpreted both roles excellently. In addition, Hara, who has an admiration for Jun Soo, and Do Chan, who is getting to care about Hara, the result of this triangular relationship is so much expected.

“What kind of clothing should I wear and what are the feelings to express Do Chan’s admiration for Hara? While thinking about the audience’s thoughts with so many worries, this is the moment when an actor feels blessed. After the screening in Korea, when it comes to the reaction of “I want to watch it!” and “I am so excited!”, isn’t this refreshing feeling satisfied (laughs)” 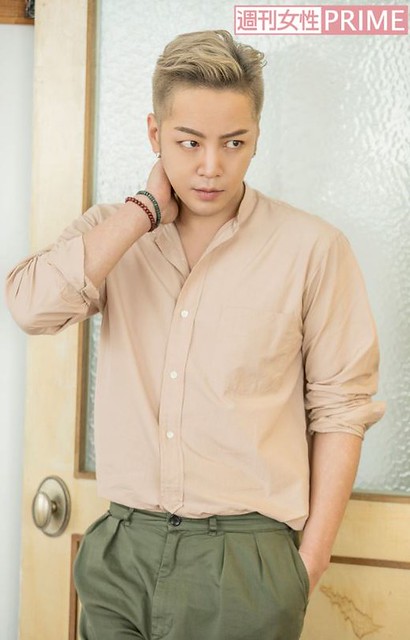 Among the works that I have selected so far, this work can be said to be the biggest challenge that I have tried with my mighty efforts. This is my TV drama with no regrets. In fact, this is also my first challenge after the age of 30.

“The world views of my 20th and 30th generations are completely different. If my 20th generation is like a highway, the 30th generation seems to have the feeling of entering the fork of the mountain. It feels like you need to wait. Sometimes I have to stop and fight alone. At some point, every condition is fulfilled. Doesn’t it mean that we sometimes have to wait for a helping hand?”

It is now understandable that it is important to think twice before I leap. I hope that in my 30th generation I will become an actor/artist who will show more emotional actings than those in my 20th generation.”
———

Q: Please show me the way to tell Do Chan from Jun Soo!
A: “When I entered into the procuratorate, I hit on a girl at the front desk and said, “Pretty Meilan Si.” In the second half of the drama, I believe you can find out the shark differences between Do Chan or Jun Soo. I think the process of comparing the two is also fun to watch.”

Q: So far, any women who deceived Keun Chan?
A: “Definitely that woman is my mother (laughs). I want to meet a woman who is a much more formidable than my mother. Recently, my mother or I can say both my parents are getting older and become weaker. They have been taking care of me so far and I am thinking that I should take care of them now because I have grown up.”