WARNING: If you haven’t watched this episode, please be aware of spoiler from reading this article. If you do not want to see, please do not click the link “Read rest of this entry”. We welcome all the comments and please share your thoughts too about ‘Switch’. Thanks.
Author: Susan Moyamoy from ECI
Photo credits: SBS

Summary:
Episode 27 started with Sa Do Chan and Baek Joon Soo they’re inside the interrogation room talking out of any other persecutor’s earshot. Prosecutor Baek Joon Soo was convincing Sa Do Chan to have another stage act, this time faking Sa Do Chan’s death. Joon Soo will die for Do Chan’s stead and Do Chan will continue to live as Baek Joon Soo. But knowing our Sa Do Chan, who was a ‘frustrated prosecutor’, turned down the offer. He would rather act as prosecutor than to become a real one… 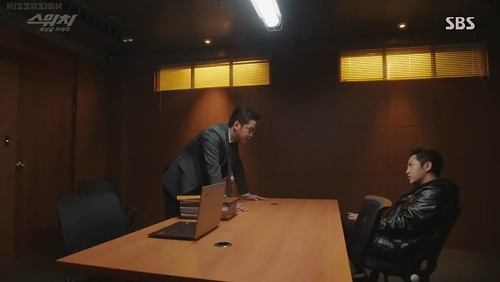 Meanwhile, Geum ‘Grizzly’ Tae-Wong who vowed to take his revenge on Joon Soo, Hara and Do Chan, thought of his money laundered of 200 million dollars to be brought back to Korea. As advised by his lawyers, he has to do some car trading like buying and selling old cars outside the country. However, he needs an international law expert service to make his trading possible and out of suspicion. Well, the trading was easy for Grizzly, he just went to see and convince his biological son Jo (Bangbangwa, as Do Chan fondly calls him) Sung Doo and offered the job to him. Song Doo gladly accepted as he would love to play along with his ‘father’ because he already knew who his father is. 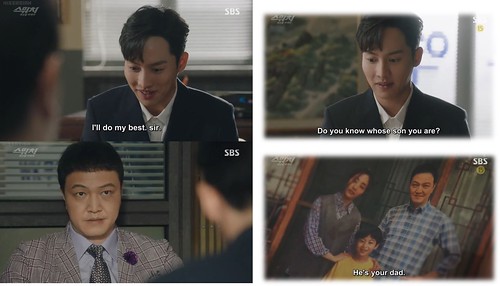 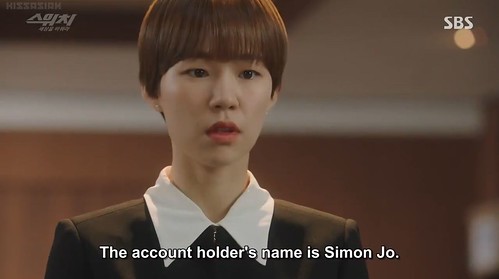 Sa Do Chan became famous among his inmates because of his ‘illegal advises’. He was also updated on what’s happening outside his confinement, thanks to his con artists gang (Director Bong, Eun Ji and In Tae). Do Chan come up with a plan of messing up Manager Kim (Grizzly’s right hand) and international lawyer Park Hyuk appointment. (Better watch this scene guys, hilarious.) Con artist In Tae act as Lawyer Park Hyuk offering his service with a 20% commission as instructed by Do Chan. 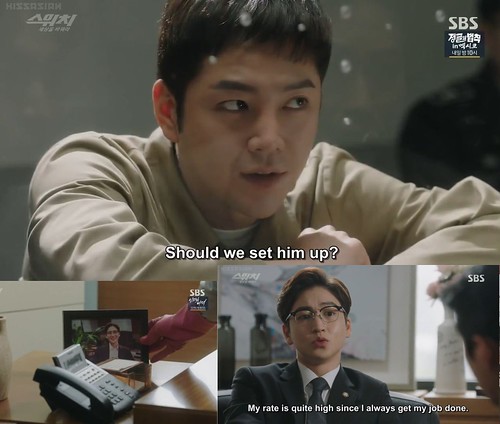 Smart Sa Do Chan put additional pressure on Grizzly by revealing to Hara the real identity of Simon Jo who is non other than Grizzly’s biological son Cho Sung Doo. Sa Do Chan made Oh Hara revealed to Sung Doo that he had a 200 million dollars in a foreign bank account and under false name Simon Jo. And when Grizzly found out that his son was taken for another investigation by Oh Hara, he decided to act fast. He then ordered Manager Kim to accept the fake lawyer Park Hyuk service despite the high rate 20% commission. 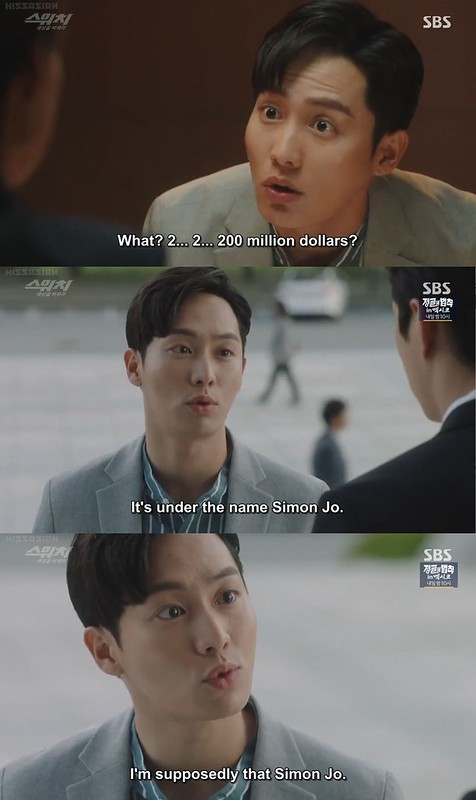 The episode ended scene was Baek Joon Soo going to Grizzly. He vowed to Grizzly to expose every evil act he did from drug smuggling to money laundering and even Grizzly’s unsuccessful plan of murdering him staged as road accident. Baek Joon Soo made Grizzly believe that his plan was recorded by Prime Minister Choi Jung Pil when he reported it to him back then. And the record file is with Sa Do Chan that Baek Joon Soo intended to find. 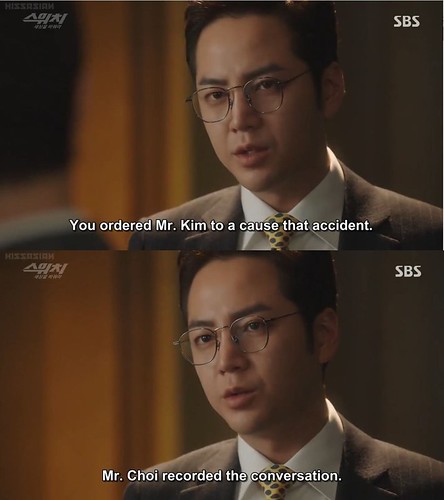 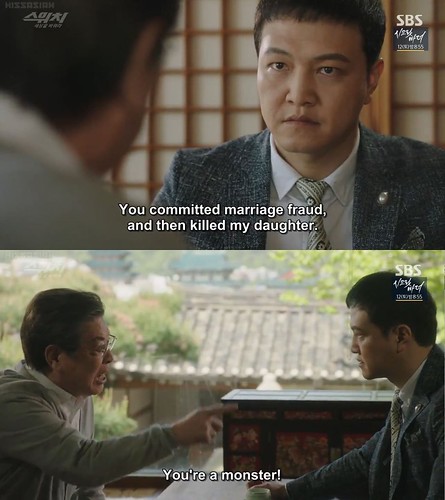 Back to the prosecutor’s building, Sa Do Chan was brought in for another interrogation by Baek Joon Soo. Joon Soo once more convince Do Chan to the ‘switching place’ plan now that Grizzly was more adamant to kill Do Chan because he thought that he has the record file. 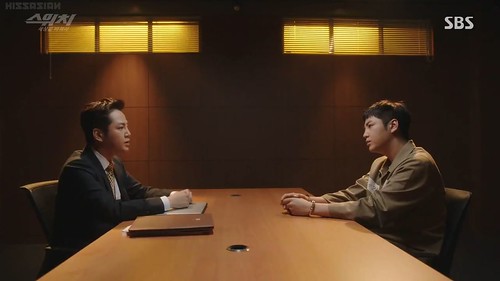 In Baek Joon Soo’s plan scenario, Do Chan must be in a critical health condition to be sent to the hospital by an ambulance where Do Chan find ways to escape. When Grizzly would found out Do Chan’s escape he would also run after him to finish him. This where will be the switching take place. Grizzly’s men will be after Baek Joon Soo. 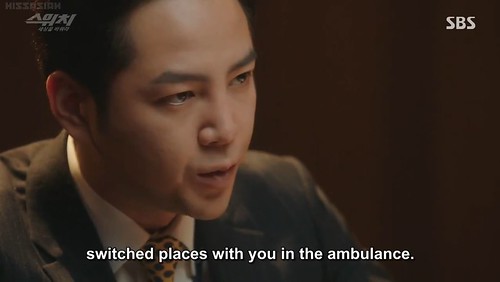 Sa Do Chan agreed with Baek Joon Soo’s plan that was successfully carried out, however he would do some ‘adjustment’. Do Chan wanted his ‘way’ scenario since he is the real con artist anyway. In Do Chan’s scene, con artist In Tae with other people will tail Grizzly’s men and will mess up the killing of Do Chan who happens to be Joon Soo which eventually become fruitful. Baek Joon Soo later on was brought to private hospital and under the care of a certain Kim Joon Hyun whose identity would be revealed on the next episode. 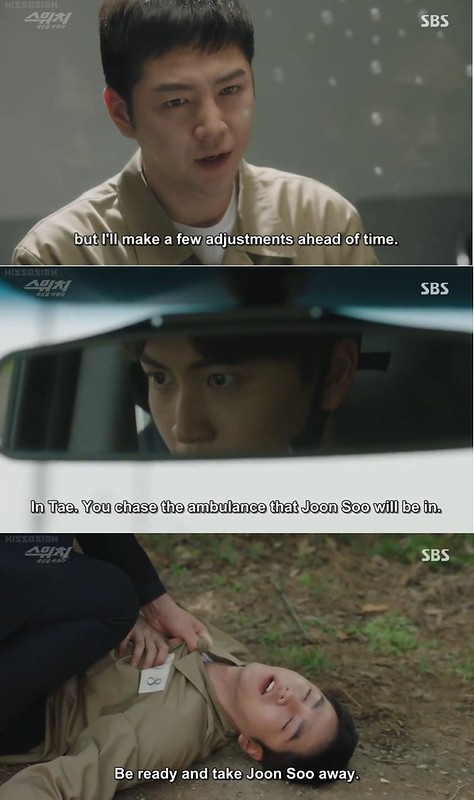 Next scene was Sa Do Chan again acting as Baek Joon Soo which he carried out well. Do Chan was so proud of himself that he was able to fool everyone again. Hara even came to talk to him about her worries of Do Chan and almost confess her feelings to Do Chan acting as Joon Soo (hahaha that was cool). 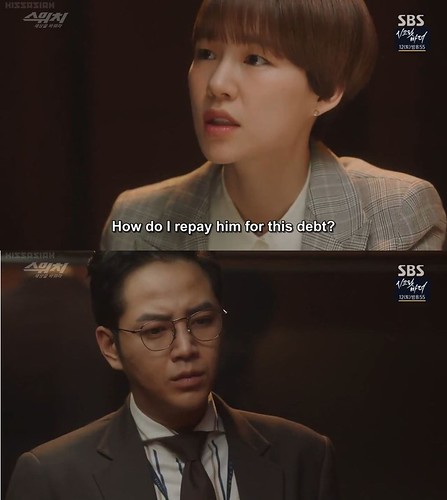 Episode 28 ended when Baek Joon Soo’s office received a call from a concerned citizen showing a video clip of how Grizzly’s men about to kill Sa Do Chan. The video was leaked to the media and view by Grizzly. As Grizzly was about to teach Manager Kim, who head the killing of Sa Do Chan, a lesson, Baek Joon Soo’s team came to arrest Manager Kim for assault where Grizzly played innocent… 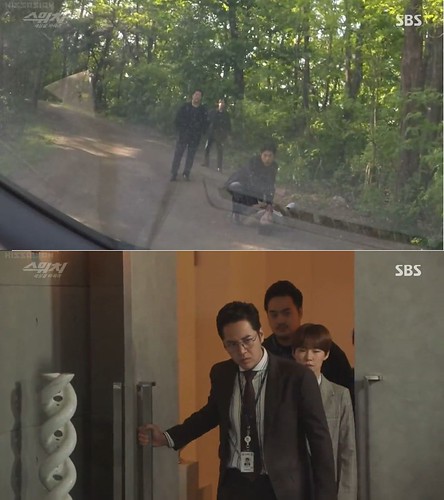 My Personal Thought:
Episode 27-28 went well and made us excited to know what would happen next. Both episodes also received satisfactory rates that may not be the highest or lowest rank but at least it gave us, Eels, the confidence that JKS drama is also loved by others.

Here are my other thoughts on the characters:
1. The desire of Baek Joon Soo to became the sacrificial lamb to Grizzly’s evil is honorable. His ‘death for a greater cause’ obviously has something to do with his worsening heart condition but I believe that his character will still be around until the last episode.
2. Sa Do Chan was so proud of fooling everyone at the prosecutor’s office but I guess he will strip and reveal his identity if Oh Hara will confess her love to him.
3. Switch, Change the World was a genre of Drama and Law. Although it was not a Romantic thing but really, Sa Do Chan, you did not yet make a move on Oh Hara and the drama is almost ending. Anyways, in my opinion, it seems that our Sukkie is really giving us the impression of making us watch and enjoy his last drama with his two personas: the serious, intelligent Baek Joon Soo and the witty, funny and smart Sa Do Chan. Both characters are so JKS right? Sukkie we will miss you and definitely wait for your come back after serving in the Army.
Thanks for reading and my apologies for errors. [END]