The SBS TV series was sold to KNTA, a Japanese broadcaster specializing in hit Korean shows, for about US$150,000 per episode, sources said. This translates to a total of US$3.6 million for the full 24-episode series.

The drama will premiere in Japan in early April, with the full series slated to air starting May.

The epic series depicts the fateful rivalry of two royal princes of the Joseon Dynasty (1392-1910), with a rich blend of romance, action, competition and “bromance.” 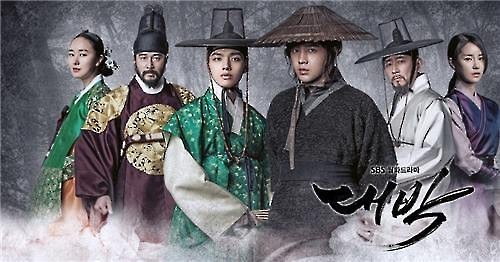 The Japanese import of “The Royal Gambler” is a welcome rain on the South Korean cultural content industry, which has been suffering from the bearish export of Korean culture products to Japan in recent years. Korean industry experts expect to see “The Royal Gambler” soothe the reportedly growing Japanese sentiment against “hallyu,” or the spread of Korean popular culture around the world.

The success follows Japan’s import of KBS 2TV’s hit series “Descendants of the Sun” starring actor Song Joong-ki and actress Song Hye-kyo. The military romance drama, reportedly sold for US$100,000 per episode, has created a wide fanbase among Japanese viewers, creating a buffer to the anti-Korea sentiment in Japan.

Jang has been one of the most successful hallyu actors in Japan, with his previous romantic series “Love Rain” having been sold to a Japanese broadcaster for a sumptuous US$300,000 per episode.

However, the popularity of Korean television shows has had its ups and downs in the Japanese market. In the past three years the business had been saggy, largely on the bilateral diplomatic row surrounding imperialist Japan’s sexual exploitation of Korean women and the country’s claim over South Korea’s easternmost islets of Dokdo.

The first episode of the new TV series will hit the air in South Korea at 10 p.m. Monday. 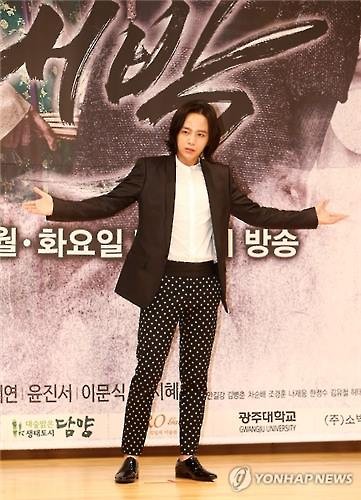 Actor Jang Keun-suk attends the press conference for his latest television series “The Royal Gambler” at the SBS headquarters in Seoul on March 24, 2016. (Yonhap)
—
jwc@yna.co.kr