Jang Keun Suk interacted with his lucky 100 fans!
Some were disguised as one of ‘Beautiful Man (Bel Ami)’ characters! 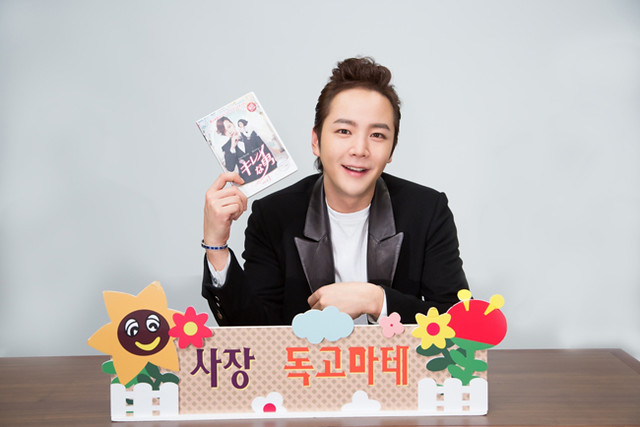 Jang Keun Suk who created the boom of ‘Beautiful Man’ in Japan held a very special autograph session only for 100 fans to celebrate his drama, ‘Beautiful Man (Bel Ami)’ on November 29th (Sat). 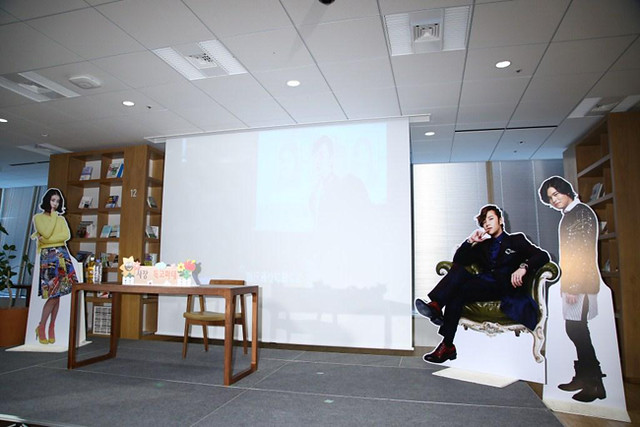 This drama is romantic comedy that a man who has beauty like a national treasure, Dokgo MaTe learns know-how of life through 10 women. This kind of drama is his specialty. The story line that he clears several missions to meet his father is interesting because we see a growing-up story that he gradually learns what fascinates and moves people. His superb acting that shows how Dokgo MaTe has developed his inner self as a real man. The original is a Korean popular comic that has the same title. Group 8 that made a series of hits such as ‘Goong (Princess Hours)’ and ‘Boys of Flowers’ produced the drama. And IU appeared the drama as the lead actress.

Lucky 100 fans attended the special autograph session held at a secret place in Tokyo.
Jang Keun Suk appeared with deafening cheers by fans. “I came here just to see you after I finished TEAM H tour in Osaka yesterday. The venue of TEAM H performance was big, but this time only for 100 fans, so I can feel you closer! It reminds me of a fan-meeting when I was a new-comer. Please enjoy yourself today.” Looking around at fans there, he commented “Everyone is beautiful!” Fans replied to him, “You’re really beautiful! Cute! So handsome!!” 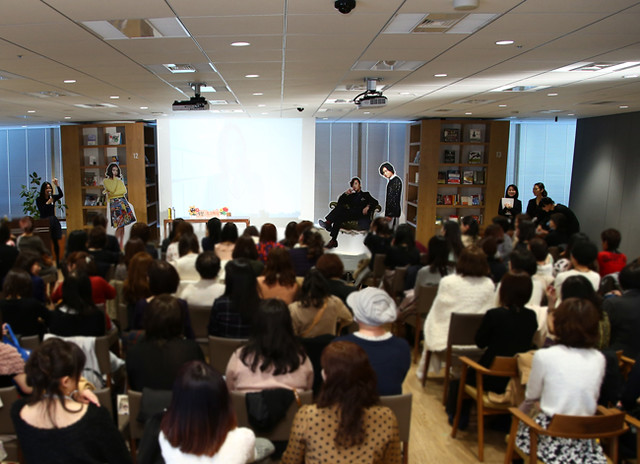 After warming up, there was a surprise event for those who were disguised as a character of 10 women in the drama. He selected three of them and took a photo with them.

Subsequently, the autograph session for 100 fans started. He spoke to each fan, and gave them a firm handshake. This time fans could ask him to sign on an item brought by fans such as T-shirt, jeans, hand-made message board, magazine, mug, mobile phone and so on. There were a lot of fans who were shaking and crying for happiness seeing him so close. There was a fan whose birthday was that day. After knowing that, he congratulated on her birthday, which gave a warm atmosphere to the venue. For the fan he signed, he gave a 20-second hug to her. Everyone there wished if they had been her. 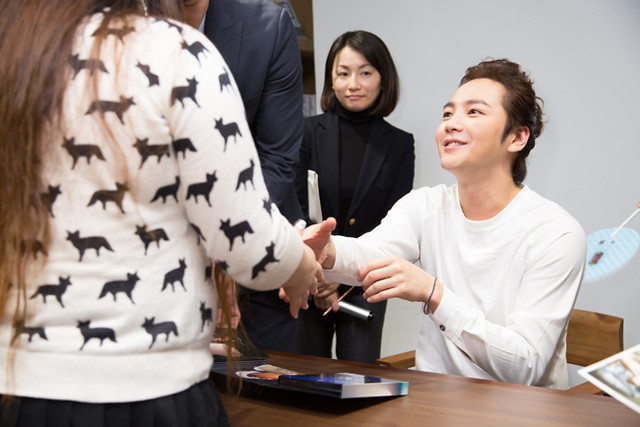 After he finished the autograph session successfully, he said “It was a short time, but I’m glad to talk with each of you, trading glances each other. I was so glad and touched by seeing you dressed up beautifully just for meeting me.” He added about his resolution for next year. “This year I’ve had a time to look back my life. After TEAM H tour ended, I think I can take a break as an artist. I’m going to prepare for a new drama as an actor.”
Lastly, he concluded saying he was happy to share good memories about this drama with you again through DVD. 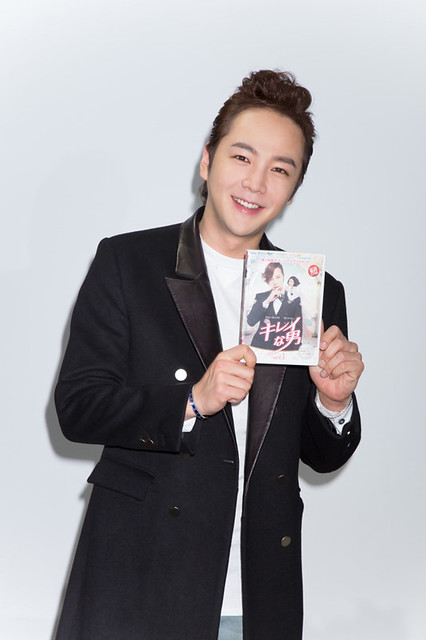