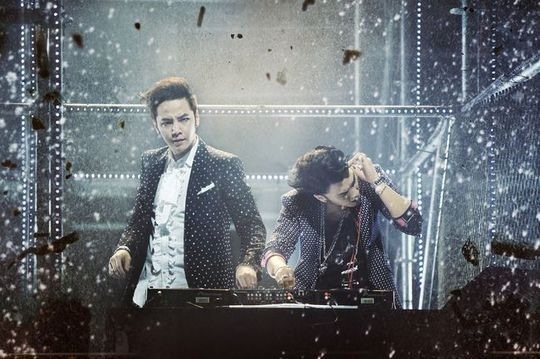 Project group, ‘Team H’ formed by Jang Keun Suk and his music partner BIG BROTHER is going to prove their real worth of ‘Jang Keun Suk World’ through 8 concerts in 4 cities such as Nagoya, Fukuoka, Saitama, and Osaka until November.

The earnest big run of ‘Raining on the dance floor’ is making not only Japanese but also global fans stir up since it is revealed that they would perform 25 songs in total including ‘Team H’s 3rd regular album ‘Driving to the highway’ which was released in July and tracks from 1st and 2nd albums at the concert.

Expectation of what unique solo stage Jang Keun Suk would perform is arising since he digests various genres from electronic music to hip hop. It is adding thrill since it would be a unique concert which was never seen before as it is noticed for its upgraded flashy performance.

Especially, Jang Keun Suk, who considers active communion with fans usually, showed passionate images such as planning every concert on his own. It is expected that he would show differentiated love toward fans by harmonizing with fans at this tour and preparing event which fans could also participate.

A spokesperson of ‘Team H’ tour conveyed, “Jang Keun Suk did his best on giving ideas to make a stage where he could communicate with fans since the tour’s planning stage. Please look forward to it since he meticulously checked and did his best by participating in the rehearsal as real”.

Jang Keun Suk’s project group ‘Team H’ is going to host party tour for two days in Nagoya, in Fukuoka on the coming 11th and 12th, in Saitama on November 1st and 2nd, and in Osaka on November 26th and 27th.