Jang Keun Suk, who is very popular as “Prince of Asia”, is active as a singer as well as an actor. When he visited Japan for an event of ‘Beautiful Man (Bel Ami)’, ESSE did an interview with him for the first time! Here are some our behind-the-scene stories about the shooting of Keun-chan who always tries to keep smile while working even on a tight schedule!!

One day in July, just before the event. He arrived in Japan in that morning, but he was going to have 9 interviews in the afternoon! Despite such a super busy schedule, he appeared with a smile without showing trace of fatigue. As he’s started to do exercise recently, he had a mighty chest and muscular arms! Keun Suk has become hotter and hotter, adding manliness to his cute charm. 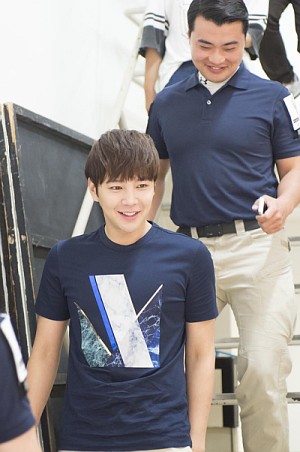 When we pointed a camera at him, he smiled back as well as showed various facial expressions such as mischievous one, eagle eyes, and sexy gestures! Even the staff admired his every move. He responded to our request instantly, and furthermore, he even answered us with a joke in fluent Japanese. Our photographer was surprised to know his Japanese was really great. The shooting finished in a relaxing atmosphere. He walked up to the photographer and gave a handshake, saying “Thank you for today.” He’s a decent and nice guy~! 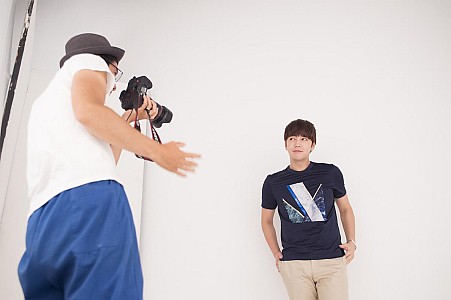 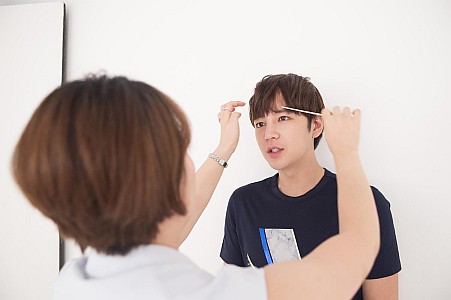 After the shooting, we interviewed with him. He answered our questions very sincerely, sometimes asking his interpreter about the accurate meaning of words, and talked about his acting in a drama and what he would like to try as an actor. The contents are written in our magazine, but we admit here we were all fascinated by his deep voice! 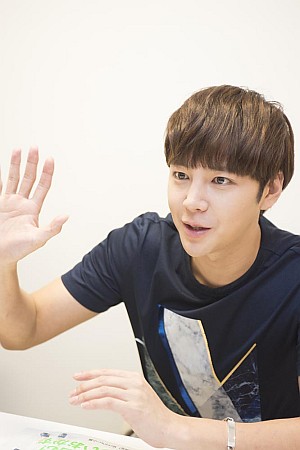 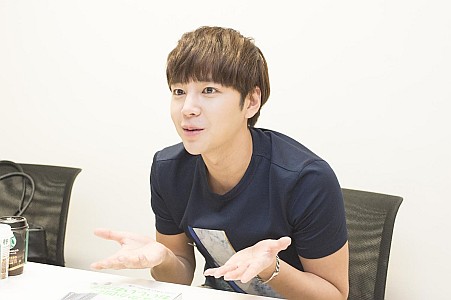 Starting at us, he answered questions using gestures, which made us lean forward in fascination. Lol. We felt how earnest he is. At the same time, we were overwhelmed his another charm, a sense of humor. He said something funny and laughed loud. Jang Keun Suk is endlessly interesting to us. 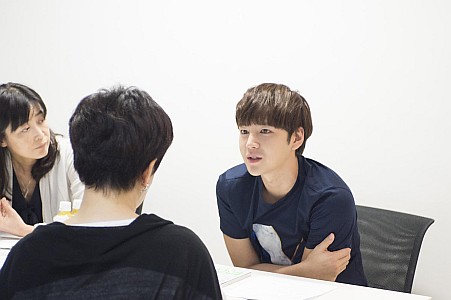 At the end of our interview, we prepared a surprise gift, birthday cake for his upcoming birthday! He seemed very surprised at an unexpected event, but he looked happy and gave us this big smile, asking us “Is this Omotenashi (hospitality in Japanese; he learned this in Agent JKS ^^)?” He even took big bites on the spot! 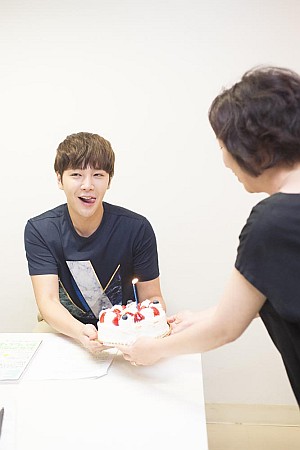 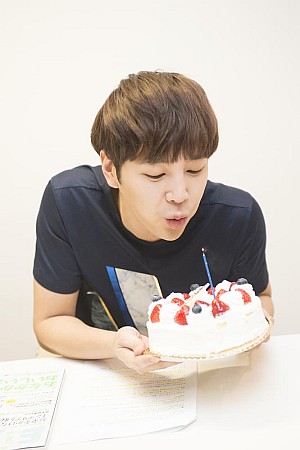 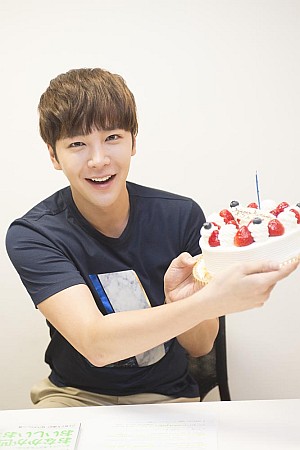 As it got to the time for the next interview, we gave another gift, a bottle of champagne in a hurry. He bowed his thanks, saying with a huge smile “Wow! I will drink at hotel tonight!” 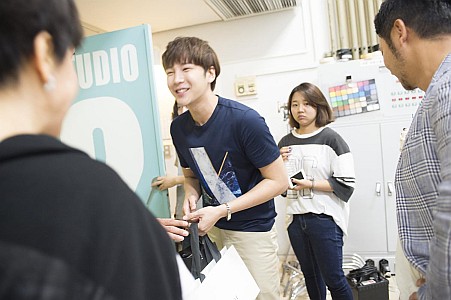 Despite of spending a short time with him, after the interview all of us were fascinated by him. We realized why he is so popular! Needless to say, he’s a great actor. Furthermore, his personality is one of the reasons to get a lot of fans. Please take a look of his interview in ESSE October issue! There is full of his charms and we prepared his autographed picture present for the readers! 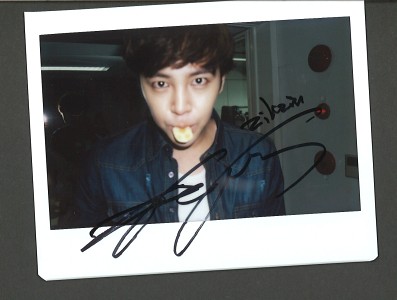