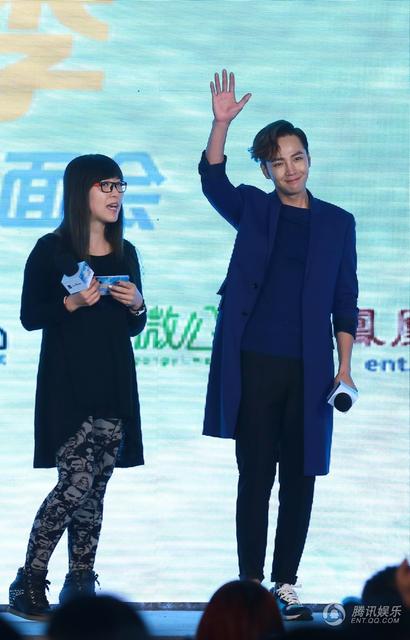 After a year, Asia Prince JKS came to China once again to promote a coffee brand. Although JKS came to Beijing to attend CF event, it still attracted 1,300 fans from everywhere. 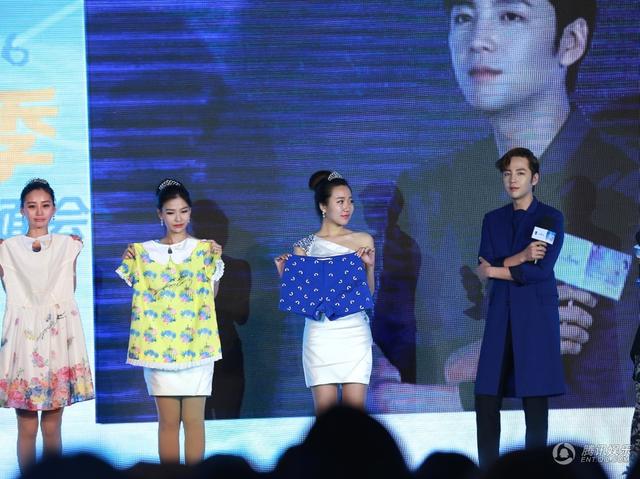 In return for the love from fans, JKS donated 3 pieces of clothing to fans, amongst them was actually a pair of men’s floral shorts. At the event, JKS also showed how much he loved eating, he couldn’t stop eating when it came to the coffee & dessert whose brand he’s spokesperson for. While eating, he kept licking his fingers, showed off his Chinese & kept saying ‘taste good’, made fans screamed nonstop. 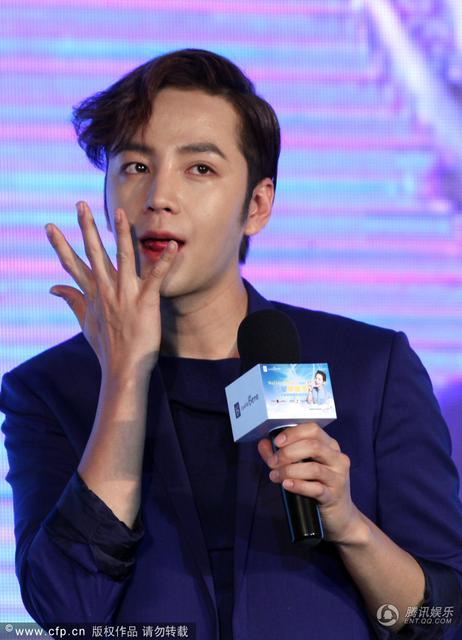 JKS was very accommodating, he self confessed he actually loved eating, asked the MC ‘can I eat waffle?’, ‘Can I drink this coffee?’. Showed his cuteness several times, really could eat. When the MC was talking, JKS couldn’t help himself & ate stealthily, could not stop. When he was really into it, JKS kept sticking out his tongue, licking his fingers, showed off his Chinese ‘tastes good’. 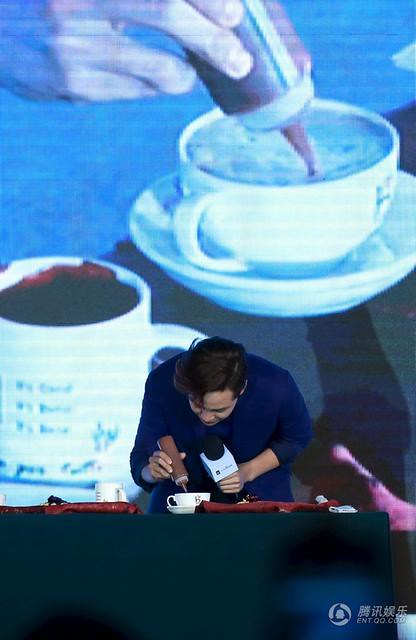 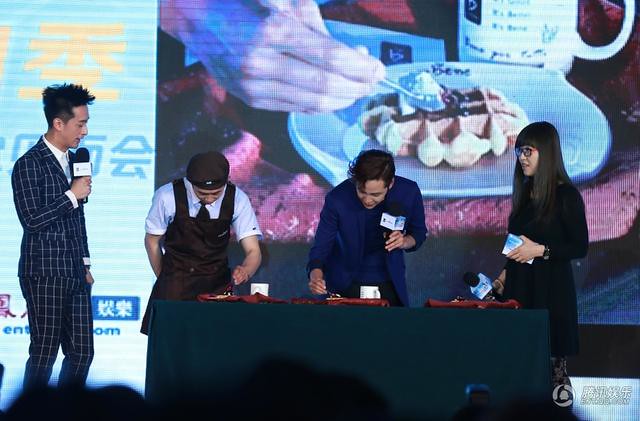 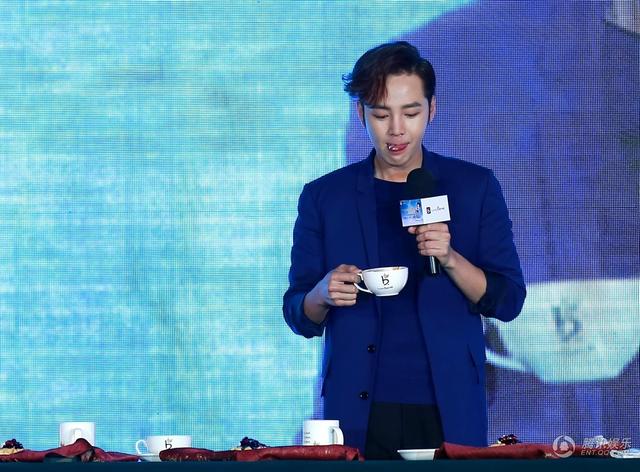 Apart from knowing how to eat, JKS also said he’s a good cook, ‘I can make kimchi hotpot, stewed ribs & my speciality is BBQ meat.’. After hearing their idol run through a long menu, fans couldn’t stay calm anymore, they expressed their wish to eat at his house, facing such a demand from fans, JKS laughed wickedly & said ‘my house needs pass code!’. But JKS revealed himself he is saving money to buy a house in Beijing, maybe one day fans can visit his house here. 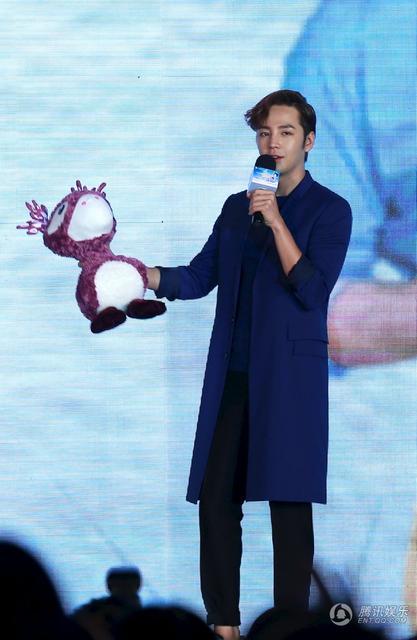 Being Asia Prince, JKS has a group of very loyal & dedicated fans, they have a common name called eels. On the day of the event, JKS, who hasn’t appeared in Beijing for a long time, attracted almst 1,300 eels to the event. The eels came from Fukkien, Hunan & some especially from Korea, only to have a look at Oppa. 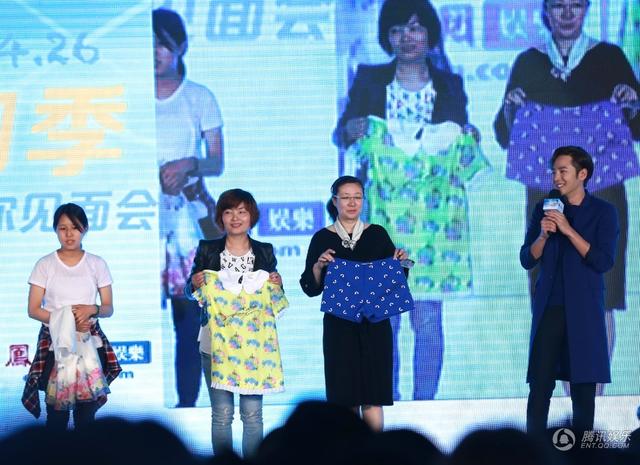 Facing his passionate fans, JKS also came prepared, he specially brought 3 pieces of clothing to repay his fans. One of them was actually a pair of floral shorts & the one who won the shorts was a female. Facing cheering from everybody, JKS added fuel to the fire by saying: ‘I want to see what you look like in these shorts’. The female fan covered her face with her hands & laughed, showing her shyness. 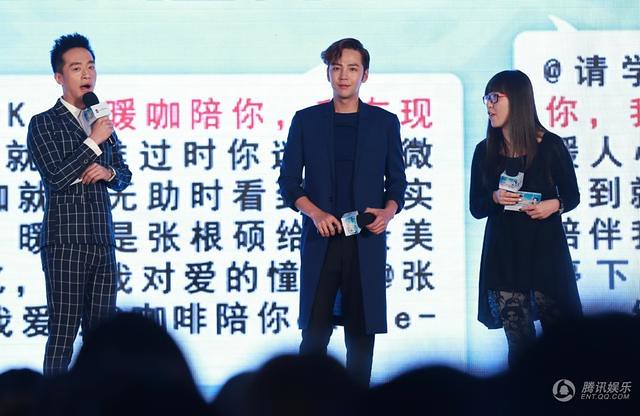 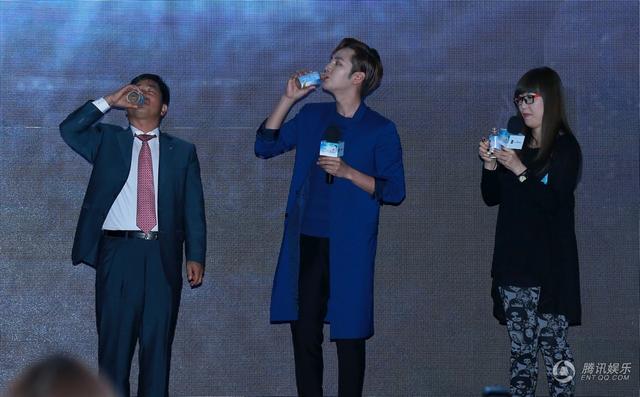 Although being lied to repeatedly, eels expressed they did not believe JKS, but when they left, the thousand fans still shouted JKS’ name loudly. And what’s surprising, at leaving, fans took almost everything that has JKS’ face on it. From the small coffee bottle to the big promotional poster, really wild. 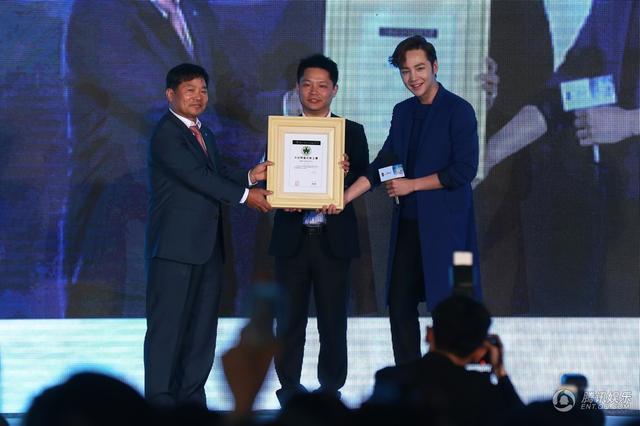