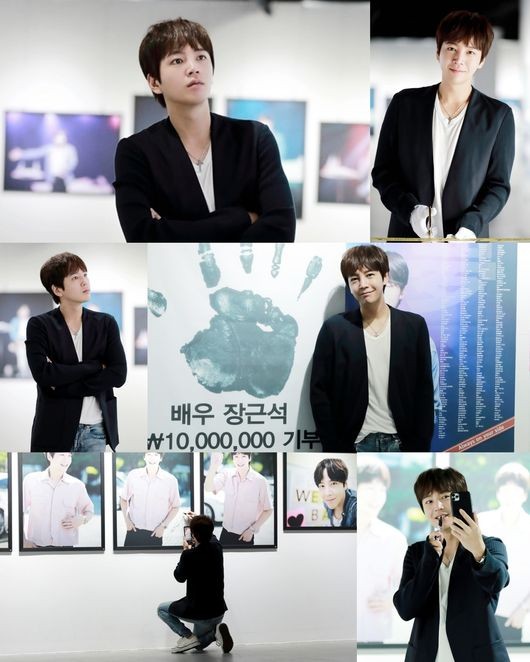 This year, the 8th Jang Geun Suk Birthday Sharing Photo Exhibition will be held online, which enables global fans to admire the photos of the actor right in the comfort of their homes. To prevent the spread of Covid-19 pandemic, this event will be carried out as an untact exhibition instead of opening for fans’ visit as usual.

Rather than merely coming to a place rented for a sharing photo exhibition on Jang Geun Suk’s birthday, August 4, like before, this time, fans don’t have to directly visit the event’s location but still can enjoy like on the set. This year’s sharing exhibition will be out via the YouTube channel Jang Geun Suk Official Fanclub Cri J at 0:00 (KST) August 4.

Jang Geun Suk surprised everyone by directly coming to the site to celebrate the 8th Birthday Celebration Sharing Photo Exhibition. Famous for his special affection for fans, Jang Geun Suk conducted a livestream broadcast on Instagram when visiting the site before the opening hour of the event. In particular, since this was an untact exhibition, the actor had a safe visit after him wearing a mask and washing hands. Besides, he also talked about the recent situation as well as stories related to the works on display.

Notably, what surprised Jang Geun Suk the most is the amount of money fans donated to celebrate his birthday. He moved fans’ heart when expressing his gratitude to the sincere heart of fans, who not only hosted an exhibition in a trying time like this but also managed to raise to the tune of 240 million won – the largest amount since the exhibition was first held.

A representative of the management agency said, “Jang Geuk Suk has arranged his hectic schedule after leaving the army to help us organize this photo exhibition both materially and mentally. However, although this is an untact exhibition, he personally checked the shooting date and dropped by the exhibition area. Not only enjoying the works, Jang Geun Suk also carefully reviewed the donation list that has the names of the fans. This makes us really grateful.” 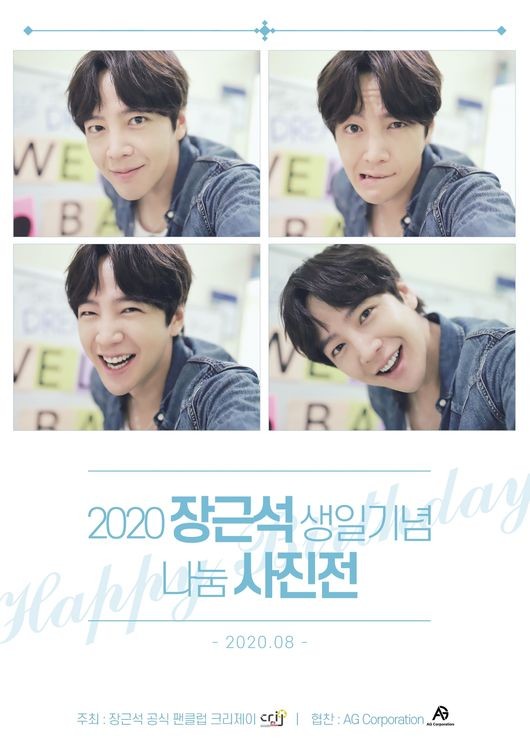 The exhibition on the occasion of Jang Geun Suk’s birthday is organized by his fans. However, this is not a temporary event, but an annual one since 2013 until the present, and is viewed as a role model of charitable events. It fully conveyed the meaning of the exhibition’s title, “Sharing”, and becomes a positive example of fan culture.

In addition, starting from 20 million won earned from the first exhibition, last year, Jang Geun Suk and fans accumulated nearly 440 million won. This amount of money was transferred to social organizations such as Namsan Won, Aeshin Park, The Snail Of Love, Damwoohoe. This year’s benefits of 240 million won are planned to donate to the areas in need.