Korean actor Jang Keun-suk, star of the K-dramas “You’re Beautiful” and “Beethoven Virus,” is back after finishing his alternative military service.

The 32-year-old star was discharged from his mandatory duty as a public service worker at the Seoul Metropolitan Fire & Disaster Headquarters on May 29.

Wearing a mask, Jang Keun-suk made a salute, bowed and said “thank you” to members of the media who were waiting for his discharge.

Jang Keun-suk enlisted in the Korean military on July 16, 2018 and finished his military service in 22 months.

Days before his discharge, a notice was posted on his official website announcing that “on 29 May, actor Jang’s military enlistment will be lifted. Same as in the past 2 years of service and attendance, he will proceed quietly.”

“As the service unit is a special place for general public access control and at the same time the new coronavirus needs to focus on maintaining social distance, it is therefore not suitable for any on-site activities on that day. I urge Eels [Jang’s fans] not to wait near the service unit on that day,” the notice added.

Before his enlistment in 2018, his agency Tree J Company disclosed that Jang Keun-suk was suffering from bipolar disorder that became the basis why he was assigned as a public service worker instead of being an active duty soldier for his military service. 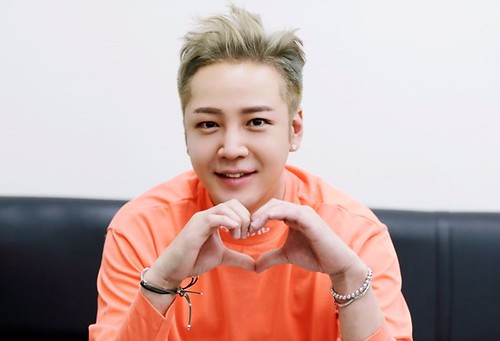 “Bipolar disorder, formerly called manic depression, is a mental health condition that causes extreme mood swings that include emotional highs (mania or hypomania) and lows (depression),” according to the Mayo Clinic website.

The actor was diagnosed with the condition in 2011 and underwent all health tests required by the Military Manpower Administration, a government agency that supervises South Korea’s military service.

His agency said the decision to disclose his medical condition was to inform the public why he was assigned to an alternative military service.

That time, his agency said the actor’s health status “is private information and we feel cautious to discuss his condition. But he has grown as an actor based on fans’ support and love. We feel responsible to disclose the information clearly,” reported Yonhap News.

“The actor tried his best to overcome the disorder. But we regret to tell you that he failed to get a satisfactory result,” it said.

Before his military service, Jang Keun-suk’s last TV series was “Switch” that aired in Korea from March to May 2018.