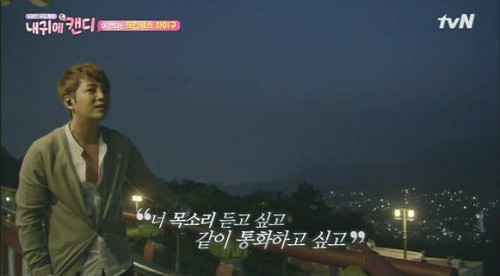 Digital friends listen to stars’ secrets on ‘My Ear’s Candy,’ while ‘Babel 250’ has participants create own language

In Spike Jonze’s 2013 romantic science fiction comedy “Her,” a man converses with and eventually falls in love with the feminine voice of his computer operating system.

Inspired by the film, tvN’s “My Ear’s Candy,” currently airing Thursdays at 11 p.m., is based on a similar premise: Celebrities tell intimate secrets to an unknown confidante via their cellphone.

Until their identities are revealed, the callers are nicknamed “Candy” to enhance the sense of “sweetness,” according to the show’s producer Yoo Hak-chan.

“(The show) is about lonely urbanites connecting emotionally,” he said.

“As our world becomes bigger and more complicated, people want to show who they are without any pretenses. Even celebrities need someone they feel comfortable talking to.” 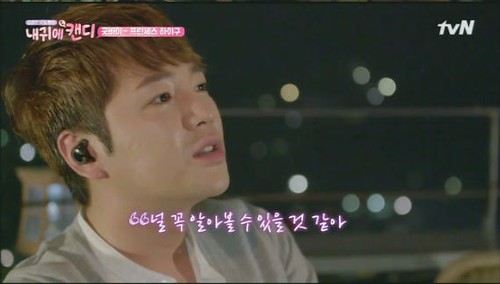 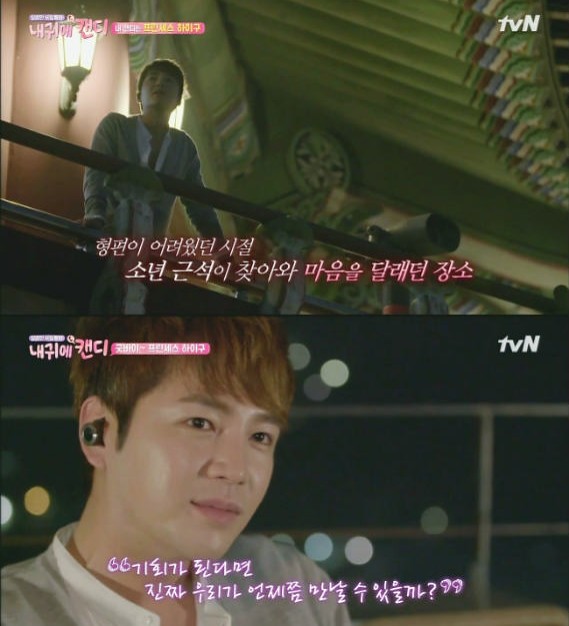 Actor Jang Keun-suk speaks intimately on the phone to an unidentified person in “My Ear’s Candy.” (CJ E&M)

On the first episode, actor-singer Jang Keun-suk says he feels oddly comfortable discussing everything from the mundane to the private with the unfamiliar voice on the other end — his cat, what he likes to wear, thoughts he had upon turning 30, his difficult childhood and the bouts of loneliness in his hectic life.

“I’ve been feeling so lonely. When I go home after work, I just stare at the TV. It’s nice to have someone to talk to about my thoughts,” he says.

Though a wildly popular hallyu celebrity with hundreds of contacts on his phone, Jang confesses “it never rings.”

His faceless friend, later revealed to be actress Yoo In-na, continues to chat from afar. In last Thursday’s episode, the two shared experiences from far distances — Jang in Seoul and Yoo in Shanghai.

“I would always get jealous when I see couples walking by,” Jang tells Yoo. “It’s weird. I’m here alone, but it doesn’t feel like I’m alone.” 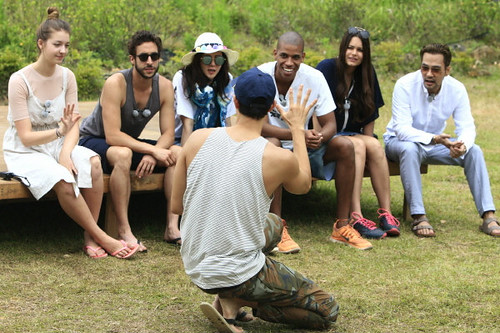 Participants who speak seven different languages attempt to communicate with each other on “Babel 250.” (CJ E&M)

The show has multiple charms, according to culture critic Jung Deok-hyun. It spotlights the smartphone, “a new media device,” heightens the sense of mystery through hearing in a “visually saturated world” and reveals the human side of celebrities “whose jobs require them to present made-up versions of themselves,” he said.

Communication through non-language
Another variety program tackling the theme of communication is “Babel 250” — named after the biblical myth that resulted in the world’s division of languages — with a cast of seven different nationalities.

The aim is to make a common global language by the end of the program: The French, Russian, Chinese, Thai, Brazilian, Venezuelan and Korean cast members collectively create seven words each day in their new language. Dutch linguist Mark Dingemanse participates as a consultant on the show.

Though the members expressed frustration at the beginning, “communication is becoming easier as more words in their new ‘Babel’ language accumulate each day,” according to producer Lee Won-hyung. Moreover, they are learning to communicate “in ways that don’t involve language,” he added.