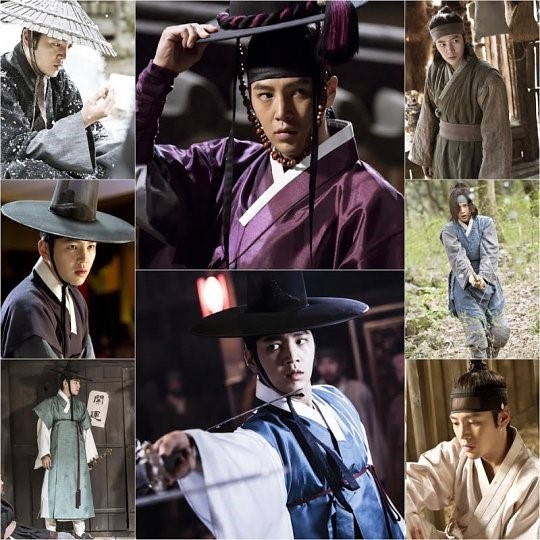 Even in a historical drama, Jang Keun Suk emits handsome suaveness.
In SBS drama ‘Jackpot’ (Royal Gambler), he exhibited all sorts of costume styles. JKS plays commoner Dog Shit to one who regularly enters the palace, then becomes a well known figure who controls Joseon, leading a storyline which makes people more excited. During the process, his visual image continues to elevate in each episode exciting women’s hearts.

In the beginning of the drama, JKS was bright and innocent, making people laugh when they look at him. It makes viewers more eager to see the different types of costumes he would wear after his transformations. Firstly, what would he wear at what time and under what situation, making viewers unable to shift their gazes from his whole body from head to toe. Especially recently, he has been wearing pretty Hanboks, showing his princely leadership aura and character, adding to the intrigue of the storyline. JKS’ continuous changes, receives attention as to what he will be wearing in future episodes.

At the end of episode 16 on the 17th, after Dae-gil heard Baek Man-Gum was still alive, the shocked look on his face when he opened his coffin increased viewers’ curiosity in the next episode.