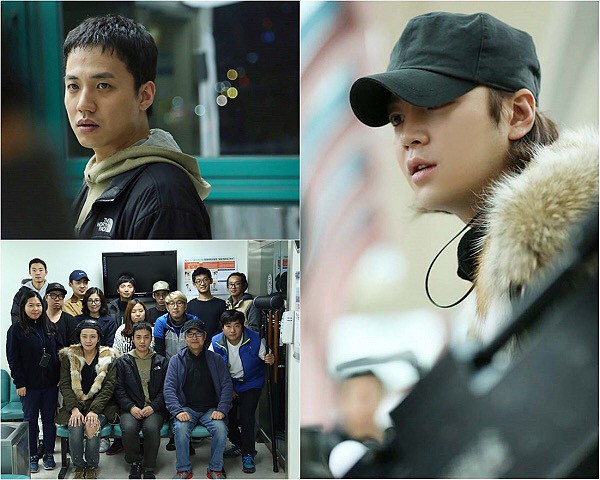 The short film directed by actor Jang Keun Suk “The Great Legacy”, is selected to be screened on the Bucheon International Film Festival (BiFan) under the Fantastic short film category.

Jang Keun Suk who is a post graduate student in Hanyang University, filmed “The Great Legacy” with his fellow classmates second half of last year. The short film is a story about a father who left behind a bank passbook as he lost consciousness, and the son who remains indifferent to his father’s condition, but was more concerned on looking for the bank passbook. This short film which noticeably reflected the directing skills of Jang Keun Suk, brings about much excitement and refreshing anticipation to the audience.

What’s most special is that the department screening this film is the “Fantastic short film” division, who focus on presenting interesting works which are full of imagination, and is well liked by many. Hence, we can see a new aspect of Jang Keun Suk through this.

Jang Keun Suk said “most people in real life often neglects the love of the father, however, the fathers in this generation are just not used to openly expressing themselves. Hence to many of us, fathers are usually more distant, and precisely due to the fact, many may not realize we may not get to call out the name of our father, not even once in our lifetime.” He explained the insights of the film from the viewpoint of the director, which makes everyone even more curious about this film.

Not only so, his 2012 film “Is it alright to live like this?” won Japan’s “Short Shorts Film and Festival (SSFS&Asia) 2012” special prize. Jang Keun Suk took 4 roles in 1, including the role of director, lead actor, editor, took 13 hours continuously to complete editing this film, creating much hot discussions around then.

After that, whether as an actor or director, presenting different facets of him, brings about much attention on his activities in the film industry. Jang Keun Suk short film “The Great Legacy” will be screened in BiFan from July 21 to 31.

5 thoughts on “[News] Jang Keun Suk short film, “The Great Legacy”, was selected to be screened in BiFan”