Suk tweeted about this book on [2015-12-02] AsiaPrince_JKS twitter. It was a Korean book, so all written in Korean, but our Wen Lee kindly shared the article with her English translation. Thanks always, Wen! 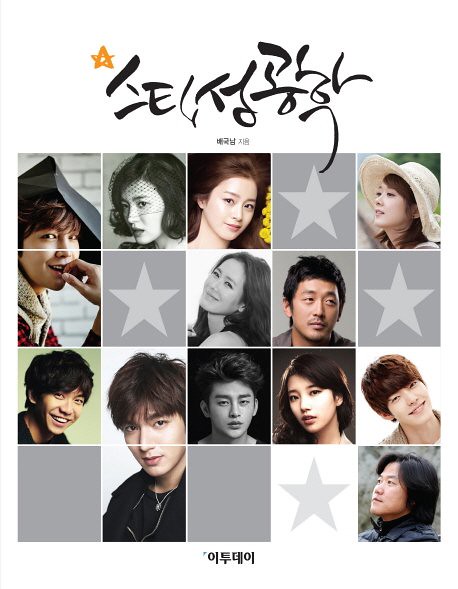 The 12 stars were selected from the 70 stars which were featured in EToday’s ‘Bae Guk Nam’s Celebrity Success Study’ which has run for 3 years from 2012. It records the secrets of their successes and various information. This is the first time Korea has printed a book recording the stories of various superstars. 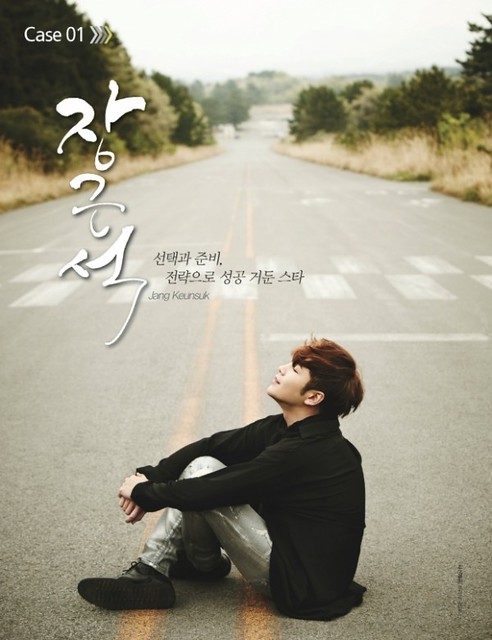 “What is Jang Keun Suk’s charisma?”, “Why are the Japanese so crazy about JKS?”, “As an actor, what are the strengths of JKS?”, “What was JKS like as a child actor?” etc etc, these type of questions were unending.

After the 2009 SBS TV Drama ‘You’re Beautiful’ was broadcast on Japanese TV, Japan caught the JKS virus. Since then, a lot of Japanese media with TBS as the lead all visited Korea. The reporters threw uncountable number of questions at JKS. It hasn’t changed a bit in 2015. Japanese TV directors and magazine reporters carry out analysis on JKS, asking the main reasons for his high popularity. Now, not only Japan, China and Taiwan media are also doing the same.

Not just in Korea, JKS also received explosive popularity overseas in Japan, China, Taiwan etc. A benchmark of an artist’s success is his CF (advertisement) price. JKS is also an artist who receives the most CF fee in Japan. JKS became a Hallyu star as an actor, but as a singer he has also received incredible success. From 2013 to 2015, he has held concerts in 9 cities starting from Seoul, to Japan’s Yokohama and Osaka, China’s Shanghai and Shenzhen, Taiwan’s Taipei etc, successfully achieving audience number of 163,000. In China’s Weibo, JKS’ followers are more than 10 million. Aptly nicknamed ‘Asia Prince’, JKS engages in activities travelling back and forth to Japan, China, Thailand etc overseas countries. Now, there’s already a saying ‘JKS’ generation has started’.

At the young age of 28, JKS has already achieved brilliant success which no one else would dare think of achieving. What is his secret? The strength behind JKS’ success is his great ability to analyse and make preparations to grasp the moment, plus perfect marketing strategy.
Having debuted at 6 years old as a child model and actor, JKS is different to other child actors. Many child actors leave people with their images as child actors, they often fail in the process of transforming to adult actors. But JKS followed a relatively uneventful path. He built up himself gradually by taking on different roles, successfully transformed to an adult actor playing roles with strong characters like in TV drama ‘Hwang Jini’, movie ‘The Case of Itaewon Homicie’.

After become a star with ‘Beethoven Virus’, through ‘You’re Beautiful’ he quickly progressed to be a Hallyu star. Although ‘You’re Beautiful’ did not receive very high ratings in Korea but it received explosive response in Japan, this resulted in Hallyu star JKS. Following that, through showing as much as possible his strengths, character, looks, in TV dramas ‘Mary Stayed Out All Night’, ‘Love Rain’, movie ‘You’re My Pet’, he built up his own popularity fortress.

JKS has excellent sense in interpreting popular cultural trend. Using this feeling, he held on to his popularity, proven he’s a star who is very good in utilising this trend. “Popularity is like beer bubbles, it can rise very high but it can also disappear immediately. So it is my responsibility if my popularity is high or low.” Although JKS said these words but he has grasped the pulse of the popular culture, his responsive capability is also remarkable.

Also, as an actor, the key to success is in the selection of acting projects. JKS chose TV dramas and films which can enhance his acting abilities, at the same time strengthening his charisma and direction of his stardom, resulting in his success today. He is different in comparison to Bae Yong Joon and that is also part of his success. After his success in ‘Winter Sonata’, Bae Yong Joon has been seen as a businessman mostly rather than being active as an actor. But JKS created massive profits through continuous acting projects and stage performances. Not only that, he also gained fame and popularity.

Furthermore, JKS’ preparations were quite perfect. One of the main reasons JKS received high popularity in Japan is his fluency in the Japanese language. Seeing how JKS has become such a fierce Hallyu star of the time, can see that this is also another perfect comparison. In comparison to other stars who have limitations in Japan, JKS does have a much higher competitive edge in Japan without having language barrier, and he hold events there religiously and actively.

As to acting skills, he also did a lot of preparations. Director Yoon Seok Ho (Director of Love Rain) said: “I realised this during filming, that is regarding the biggest strength of JKS as an actor. When I pointed out the problems to him, he would correct immediately. His acting is perfect because he has natural talent but it also should bethe result of combining his inborn talent together with consistent preparations and efforts.”

Whether it is deliberate or not, JKS’ marketing strategy really is outstanding. For Hallyu stars, the means to make profits for actors and singers are already limited. Furthermore, the means of maintaining or raising popularity for an actor are very small. Therefore, being both an actor and singer not only can increase income, it can also maintain one’s popularity long term. Park Yong Ha in ‘Winter Sonata’ was a representative of this. Not only JKS has acting skills, he also has passion and capabilities in music, he has received success in carrying out such activities.

Not only JKS has the looks of a star, he is different to the Hallyu stars who keep distances with their fans and the general public, a lot of them using secretive photos as their marketing strategy. JKS is like a normal person who gets close to his fans, shows his day-to-day look and down to earth photos, this is also a very competitive marketing strategy.

Director Yoon Seok Ho once said: “JKS doesn’t seem to be like a star, he is often close to the general public. I feel that this is the difference between him and other stars.” JKS also always stresses: “Am I special amongst other artists?” “Although my career is acting but I am not any different to other people!” “Why do I always have to look handsome and pretty?” “This isn’t meaningful, isn’t it?”. 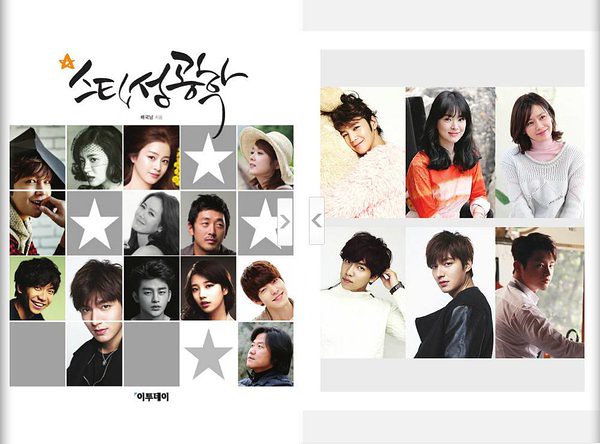 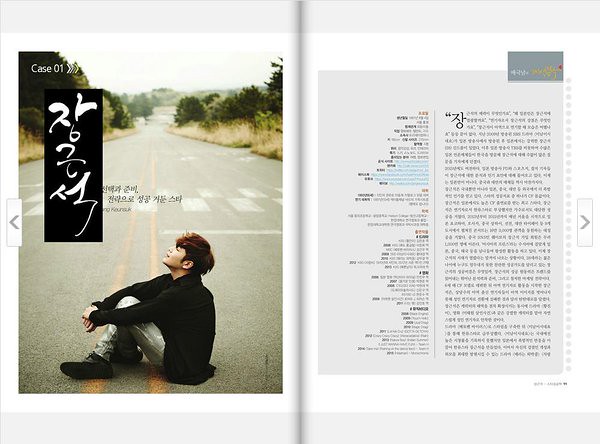 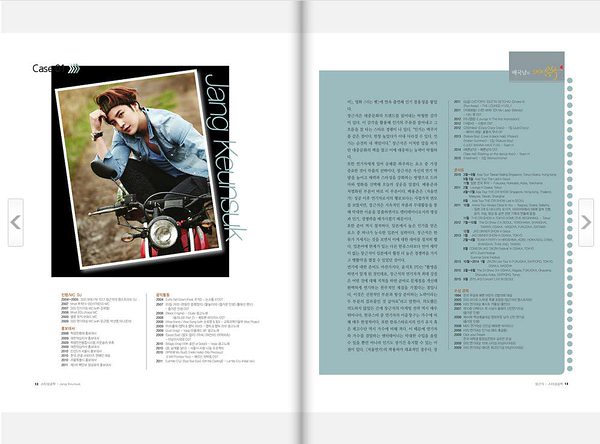 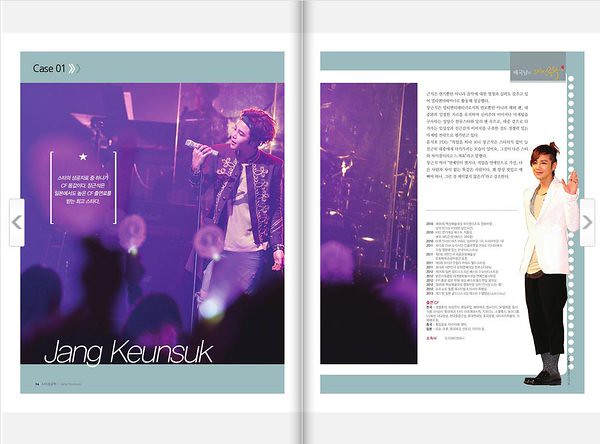 The ad poster is displayed in many places in South Korea. I hope many will read and get to know Jang Keun Suk better.
—
Original source: https://www.behance.net/gallery/30765929/_ 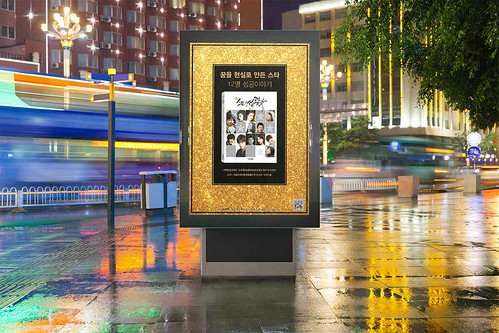 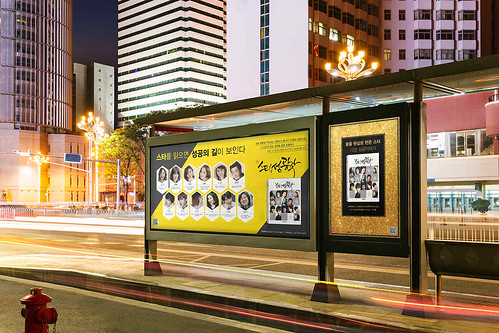 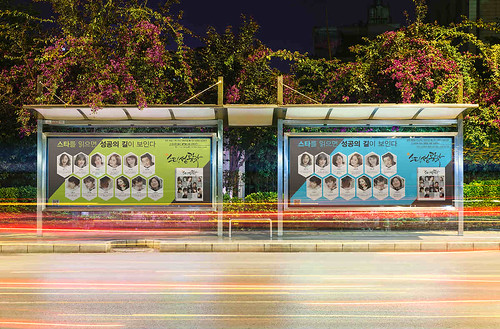 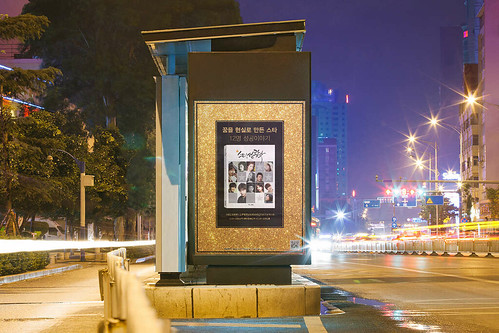 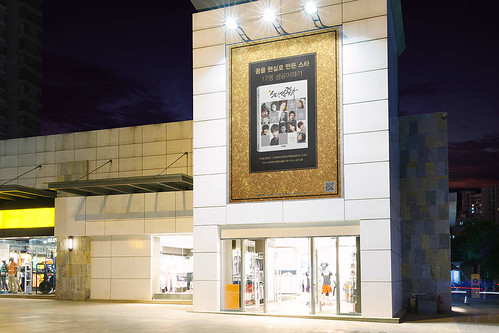 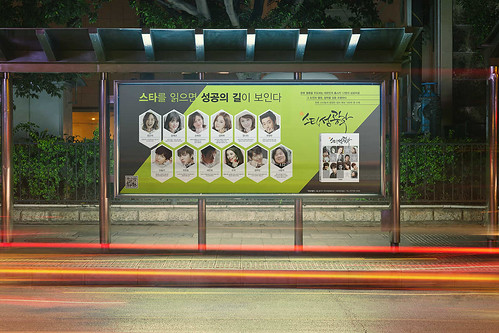 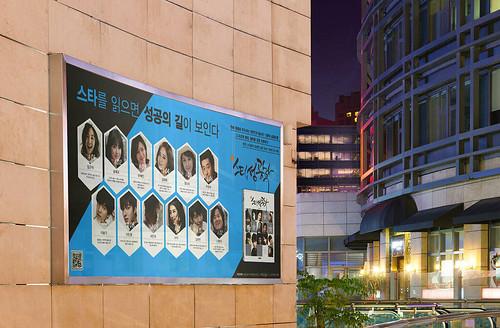 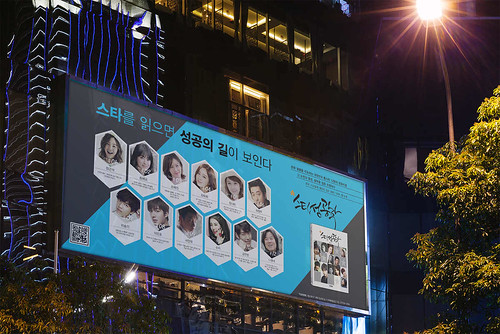 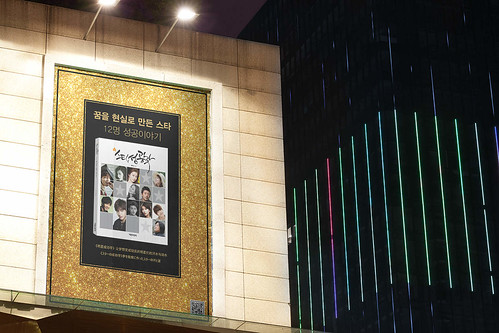 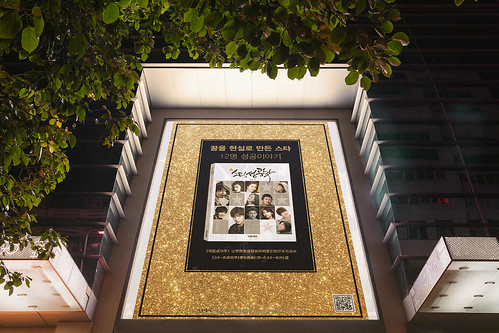