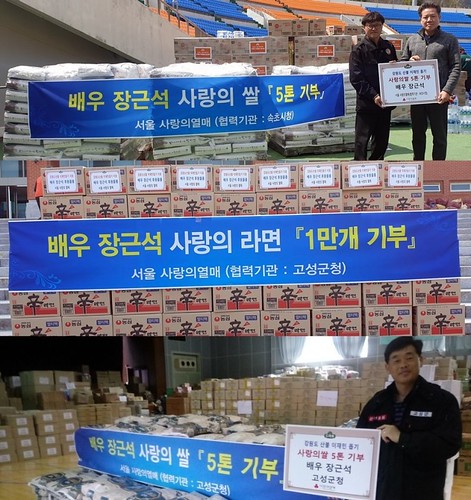 It’s revealed on 17th April that actor Jang Keun Suk donated rice and ramen of love to Sokcho City and Goseong that are affected by Gangwon fire.

The rice and ramen donated by Jang Keun Suk are Dream ramen and rice wreaths that his international fans have sent (in his name) to support Jang Keun Suk.

Previously Jang Keun Suk donated 100 million won to Gangwon fire victims through Korea Disaster Relief Association, his fans (called eels) from all over the world had a spontaneous fund-raising, and donated too a significant amount of 50 millons won.