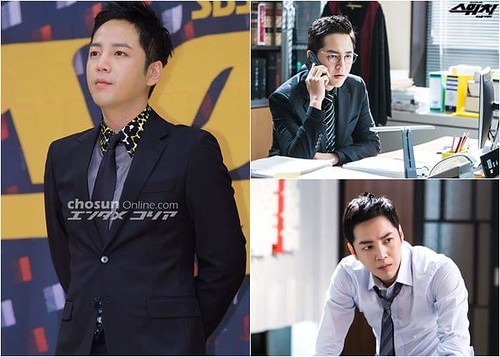 “Switch-change the World” Jang Keun Suk
Jang Keun Suk played a double role as a swindler and a prosecutor in the SBS drama Switch that was aired this year. In this drama Jang Keun Suk demonstrated a definite difference between the two characters who have the same face, a genius swindler Sa Do Chan and a pricipled prosecutor Baek Joon Soo, with his elaborate acting.