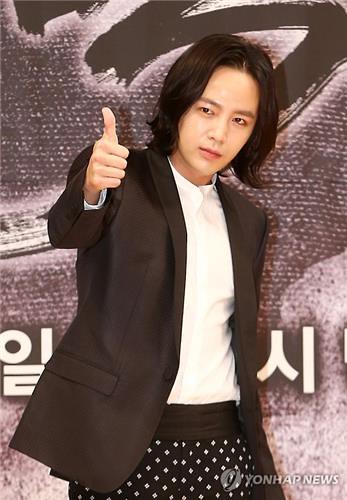 On April 5, fans from Korea, Japan and China got together at the Walker Hill Hotel in eastern Seoul to support the star’s new SBS TV Monday-Tuesday series and watched the 4th episode at the hotel, said Tree J Company. 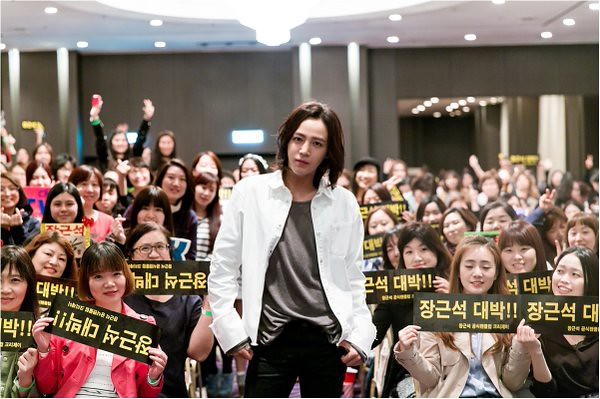 The Beijing News printed a full page article about Sukkie today. It is a mainstream newspaper, one of the major papers in Beijing printing 650,000 copies daily. Thanks Wen for the translation! 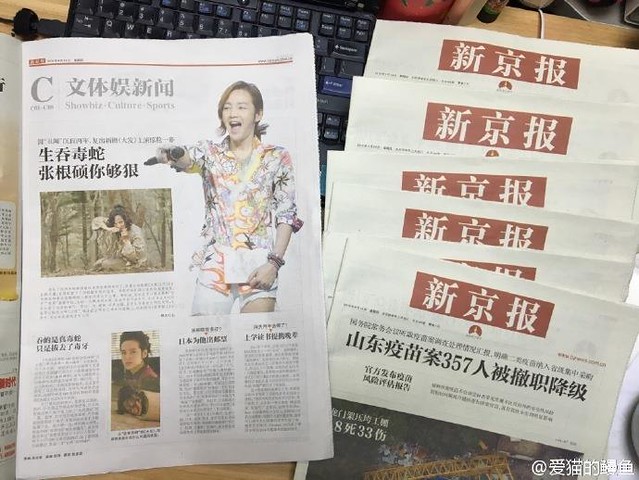 Korean eyeliner pretty boy Jang Keun Suk has returned after two years. His comeback new TV drama ‘The Royal Gambler’ (Jackpot) premiered on 28th March in Korea and immediately rated No.1 amongst dramas of the same time slot in the first week. In the drama, JKS’ change from his past pretty boy image shocked those who know & like him. One has to know, his name used to be linked to references like ‘prince’, ‘pretty boy’, etc. He’s always wearing long flowing hair, spoke in a low voice, and he might leave behind a nice scent when he walked past you. But this time, he’s changed totally. Unkempt, even ate live poisonous snake. So real that fans were crying ‘heartache’. So in trying to prove his acting skills, does he have to act with his life imitating Leonardo DiCaprio in The Revenant?