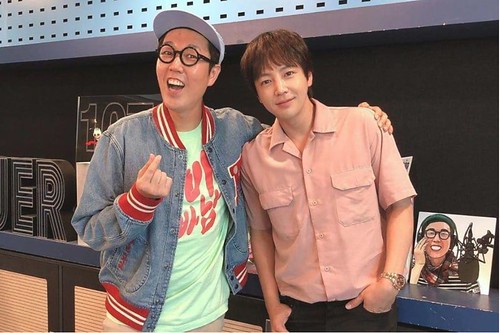 Actor Jang Geun Suk spoke about the future of his acting career!

On June 1, Jang Geun Suk appeared on “Kim Young Chul‘s Power FM.” This was his first official activity since being discharged from the military on May 29. 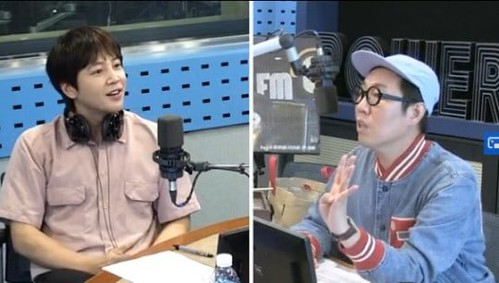 Jang Geun Suk also talked about what he’s been up to lately. He said, “[As a public service worker,] I would wake up at a set time and then go home after work. I’ve gained weight since I’d been sitting down too much. I thought this wasn’t right, so I’ve been working out every day since a year ago.”

It has already been 29 years since Jang Geun Suk debuted as an actor. While talking about his former dramas, he mentioned his 2008 drama “Beethoven Virus,” saying, “Men liked it. They used to hate me, but (through this drama) they started to like me.”

He picked “Hwangjini” as his most memorable drama and shared, “All my works are precious. At that time, I was able to refresh myself by going from a child actor to an adult actor through the drama.”

Then Jang Geun Suk talked about his future plans, saying, “I felt bad to my fans for appearing in a production once every few years. If an actor doesn’t act, how can he continue being an actor? I want to continuously star in productions.”

Lastly, the actor commented, “I’m not afraid of breaking and ruining myself when I do something. I can prepare for a new look. I’m not saying I’m going to derail. I’m an actor, but I want to challenge myself with [everything] from ‘producing’ to variety shows.”

If you missed his acting, check out “Switch,” the last drama he filmed before entering the military: