August 4th is Jang Keun Suk’s birthday! Linked to his birthday, NICONICO LIVE is going to webcast a special 24-hour program from August 3rd (Sat) 23:30 to August 4th (Sun) 23:30. There are some plans, but the most expecting one is they are going to webcast the full version of his best edited concert film shown during ‘JANG KEUN SUK FILM CONCERT TOUR ~My Sweet Home~’!!! Regardless of their attendance, many eels wanted to see it. It’s webcast twice in 24 hours. Please don’t miss it.

Watching the program, you have to sign up as a NICONICO LIVE membership. I introduced the procedure how to sign up it before. I share again the link of the introduction below. But I’m afraid you can’t access this program because you’re living outside Japan. In addition, some contents are exclusive for premium (paid) members.

NOTICE
You can enter the live page 10 minutes before the program begins. This program starts at 23:30 (Japan local time) on August 3rd. So you can enter at 23:20.

And also you can book the live and watch it later (but only once, be careful!), using the feature called “タイムシフト予約 (time-shift)”. You can watch it from 30 minutes to 1 week or after the show ends. I think you can check the exact deadline on the web. 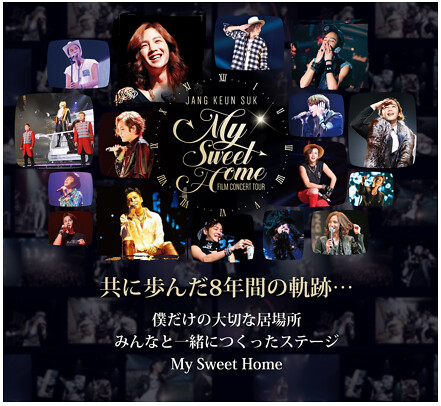 2. JKS Japan Fan Club staff comments to be webcast
Maybe we can hear the story behind the film concert tour.

3. JKS’ previous works (MV or music) to be played
Let’s cerebrate his birthday, watching and listening them!

4. Your birthday message to be made as the credits playing after this special webcast program
Submit your message
(You can submit from July 31st till August 4th 20:00. Nickname, and Birthday message)

5. Special gifts for NICONICO premium members
The complete set of special pins given at each venue will be give to 5 lucky people.
I’m sorry it’s only available for Japanese residence… 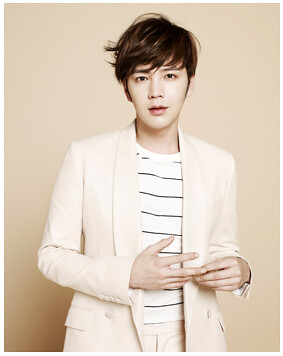 How to watch NicoNico Live
http://jangkeunsukforever.com/archives/3818

How to watch the time-shift of NicoNico Live
http://jangkeunsukforever.com/?p=9390