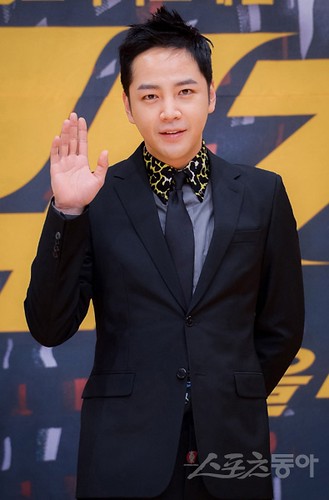 “Think of the memories with me. Please wait for me!”
A series of events such as screenings and exhibitions!

Jang Keun Suk, who served as an alternative for social services in the Seoul Fire Disaster Headquarters since July last year, has given Japanese fans a “special gift” despite his activities are restricted.

Since the beginning of this year, “Special gift for 2019” has become more and more enthusiastic over the time, which not only relieves the gap after Actor Jang’s filming, but also lessens the regret that fans can’t see him for 2 years.

The entire event consists of six parts, two of which have ended, and the third “Gift” concert tour “My Sweet Home” is currently in progress. The third event, which began on April 5th and ended on July 2nd, was the concerts from the last one of Jang Keun Suk’s first tour eight years ago to the concert before his enlistment. This event was showing in 20 major cities in Japan.

The fourth event has been exposed to the public in advance, increasing the expectations of fans. From September 10th to 27th, an exhibition titled “Jang Keun Suk World Zikzin Planet” will be held at a large shopping mall in Shinjuku, Tokyo. The event will show photos and videos of Jang Keun Suk, as well as the clothes he actually wore in the shows or the casual clothes he usually wears. The remaining fifth and sixth events will be made public during the periods of October and December.

Most of the activities were inspired by Jang Keun Suk himself. Before his enlistment, he said, “What can I do to make everyone feel less lonely when I am not here. Think of the good memories we created together, and let the time waiting for me be a little bit happier.” With this idea in mind, some activities are prepared for indirect exchanges. [END]