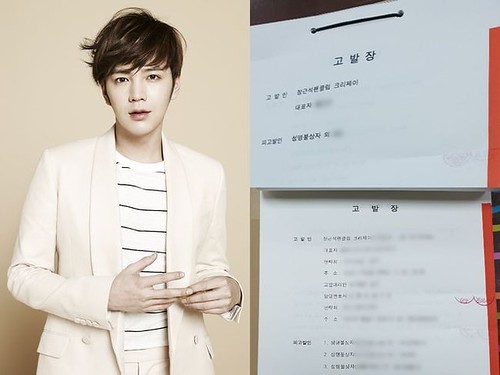 Cri-J, the fan club of actor Jang Geun-suk, is taking legal action in defense of its hero’s reputation.

The fan club told local media Friday that it had launched a fundraiser in August, seeking 20 million won ($17,690) to sue online rumormongers who had posted “unfounded ill-intended words (against Jang Geun-suk).” Fans say the targets of the suit repeatedly left malicious comments about Jang.

With the funds it raised, the fan club recently filed a defamation suit against the commenters.

“Libelous comments that crossed lines repeatedly have tormented Jang, and we decided the degree of harm done could no longer be overlooked.” Cri-J said.

Jang’s agency, Tree J Company, echoed the fan club’s sentiments, saying it would ensure that those responsible for disseminating false information were held accountable for their irresponsible behavior.

Jang is currently reporting to the Seoul Metropolitan Fire and Disaster Headquarters, where he is fulfilling his mandatory military service as part of an alternative program.