‘HUMAN, SPACE, TIME AND HUMAN’ will be screened at some international film festivals, LEAFF 2018 and CPH PIX 2018. 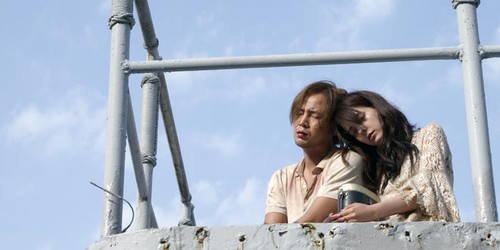 ‘Human, Space, Time and Human’ will be screened at CPH PIX 2018 in Copenhagen, Denmark. You have 3 times to watch the movie during the film festival, September 29, October 2nd and 7th.

To say that Kim Ki-duk’s latest film splits opinions is an understatement. People were positively furious after the premiere at this year’s Berlin Film Festival. They felt provoked by the fact that the Korean enfant terrible was laying it on too thick in his ultra-bitter allegory of the sad state of humanity. But Ki-duk knows exactly what he’s doing when he sends a hysterical bunch of gangsters, politicians and rapists on a charter trip on board an old warship that heads towards the skies. Literally! Like a perverted ark drifting aimlessly around in the clouds, while the passengers start to rob, murder and eat each other. And that is just the beginning. Kim Ki-duk has made the film to ‘stop hating people’, he says. Whether he succeeded remains an open question. But the result is wild and violent. And provocative. Even von Trier looks like a well-behaved schoolboy alongside it. 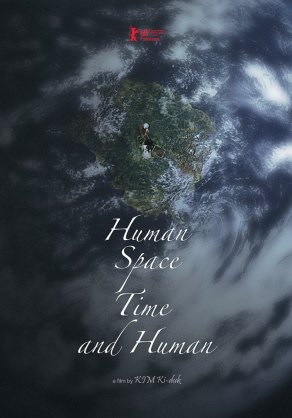 Kim Ki-duk paints the future pitch-black in his dystopia about a warship floating in the air, a Noah‘s Ark heading for doomsday.

2 thoughts on “[News] ‘HUMAN, SPACE, TIME AND HUMAN’ will be screened at some film festivals”