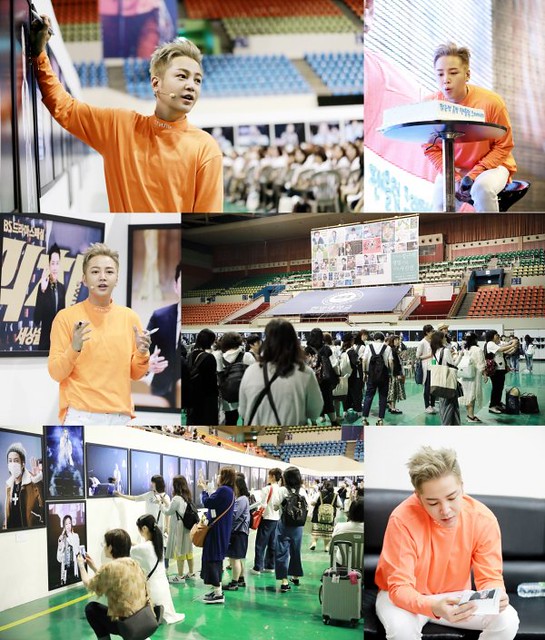 The exhibition is an event of an official fan club where JKS’s performance was filmed and displayed over the past year. Also, fans want to give him a meaningful birthday gift by raising money and by paying more to join the exhibition as a donation.

Especially on the first day of the event, Jang Keun-suk appeared unexpectedly at the event in front of 2,000 fans. Jang Keun-suk also added more warmth by donating 10 million won (8,800 U.S. dollars) and gave away four of his favorite gifts to fans in a lottery to express his gratitude. In addition, a surprise birthday party prepared by fans for Jang Keun-suk adds a festival mood, bringing together the spirit of celebration and enthusiasm of donations.

The collection will be donated in the name of Actor Jang Keun-suk and will be valued carefully for those in need. Proceeds from the photo exhibition will be delivered to Namsansan children’s care center, the Love Snail (hearing-impaired child surgery), the gall snd lung association and (biliary atresial surgery), and the Ashin Park (food support for stray dogs).

Above all, “Jang Keun-suk’s Birthday Benefit Photo Exhibition” is drawing attention in that it is a spontaneous act by fans. Also, It is not a one-time event, but a regular one by the fan club.

Meanwhile, Jang Keun-Suk celebrated his birthday with fans for his sixth exhibition of photos. He will continue to do good with his fans.