WARNING: If you haven’t watched this episode, please be aware of spoiler from reading this article. If you do not want to see, please do not click the link “Read rest of this entry”. We welcome all the comments and please share your thoughts too about ‘Switch’. Thanks.
Author: Cathy from ECI
Photo credit: SBS

Episode 21:
This episode started off by revealing the secret that Baek Joon Soo (BJS) & Sa Do Chan (SDC) were actually working together to set a con for Geum Tae Woong (GTW) in order to save the reputation of BJS and get into the GTW’s “team”. 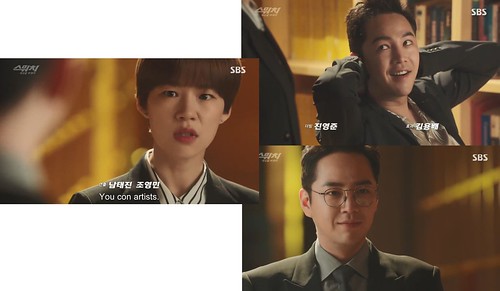 Meanwhile BJS no longer can keep the secret of his illness as the attach happen in front of Oh Ha Ra (OHR) after the meeting up section with SDC and OHR. That led to SDC need to work again as BJS in prosecutor office in order to continue the investigation on GTW. 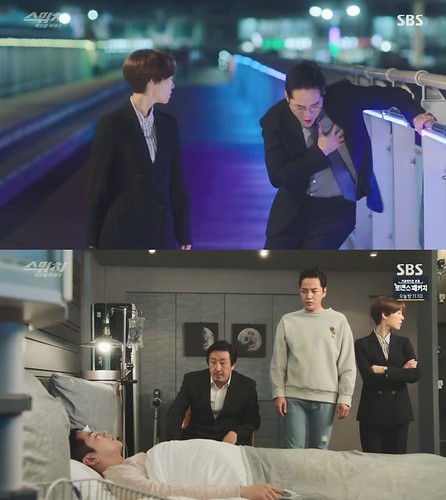 Here the first interesting part in this episode: SDC went to Feel Gallery as prosecutor BJS as requested by GTW. In fact, GTW started to suspect that BJS and SDC are working together to con him. My heart felt like jumping out from my body as i watched it and thinking hard that how SDC could overcome it. Luckily SDC was able to cheat GTW again by showing that his phone had been tapped as well with the microchip. However, GTW still had some reservation towards BJS (which is SDC), thus he requested BJS (SDC) to bring down Choi Jeong Pil (CJP). In order to regain the trust of GTW, BJS (SDC) has no choice but agree with GTW.

The screen switched to prosecutor office that every one noticed the change of BJS (SDC) who is more witty, funny and approachable, and thought this is originally BJS’s character. On the other hand, other prosecutors start to criticize OHR on her act that toward ex-chief prosecutor (Jung)which jeopardized the reputation of whole department. 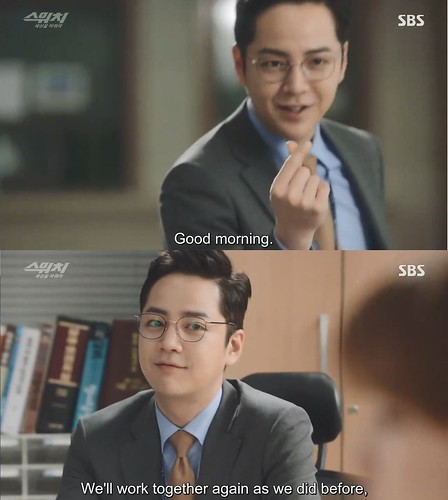 With the ability to trick and as professional conman, BJS (SDC) successfully obtain some important information from Nansang Club such as regarding K Bank and its relationship with CJP. 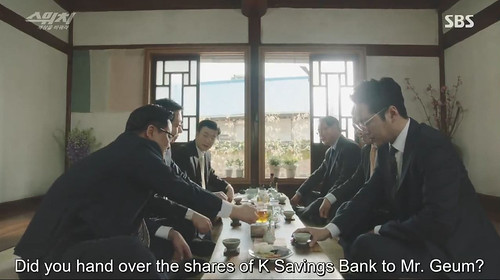 At the same time, GTW has killed Jung to avoid any circumstances that would endanger his position. 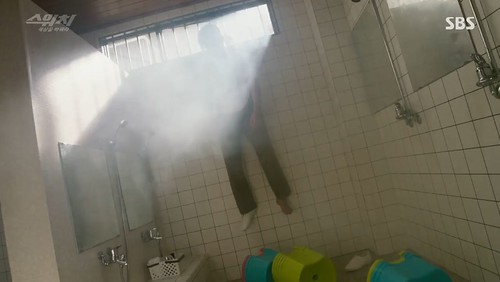 Here come the funny part of this episode where SDC escorted OHR back home and they teased each other. After sending OHR back home and before leaving, SDC was funny in checking back on OHR’s door gate. For me, it looked like what JKS usually did to his eels. I burst into laughing. 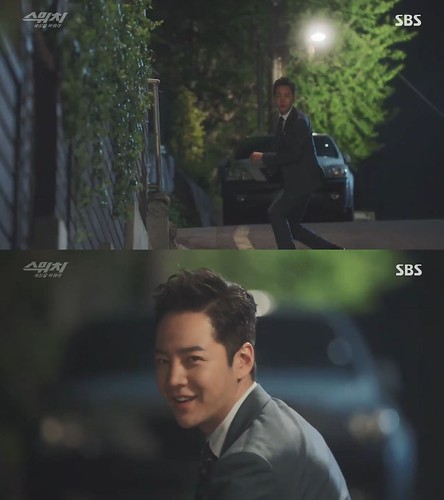 On the other hand, CJP try to pursuit BJS to investigate the money that disappeared after the manager of K Bank died, as CJP needed that money for the deposit of the gas industry business. Unfortunately, this meet up has witnessed by manager Kim thus GTW was super mad on it and called up BJS (SDC) and wanted to test his loyalty. 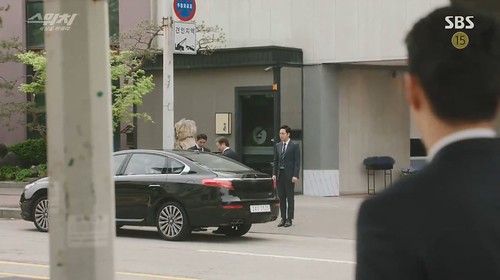 This episode ended by leaving viewer anxious, thrilled and trembled as BJS (SDC) was in danger!

Episode 22:
Episode 22 began with BJS (actually is SDC) confessed to GTW that Choi Jeong Pil (CJP) had invited him to go against GTW. This confession had saved BJS (SDC) life as GTW intended to kill him if he betrayed GTW. By this, the trust from GTW towards BJS (SDC) has increased. I think SDC already sensed the danger thus decided to be honest with GTW. This scene really made me nervous and only felt relieved after BJS (SDC) had walked out from the Feel Gallery. 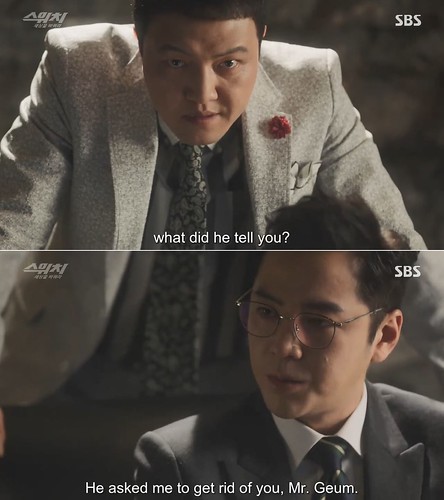 Meantime the con that set by Sa Ma Chun and Victor Jang had progressed smoothly. However, our BJS (actually is SDC) who is professional conman had find out that it is a con. And the con is targeted at CJP and GTW, so SDC decided to help out and further pushed them into that con. 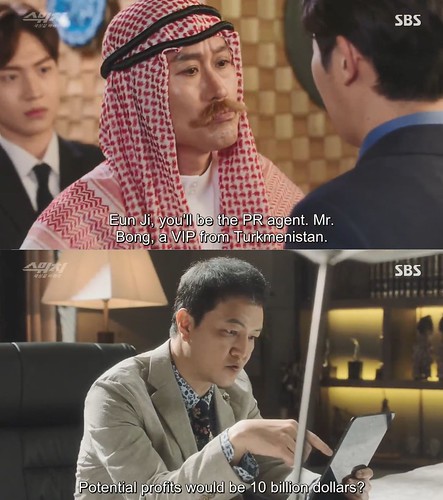 On the other hand, OHR had become GTW’s target as she went after the murder case of K bank manager and ex-chief prosecutor. GTW even personally gave the warning to OHR and threatened her that her family might get involved if she insisted to find out the truth of the cases. 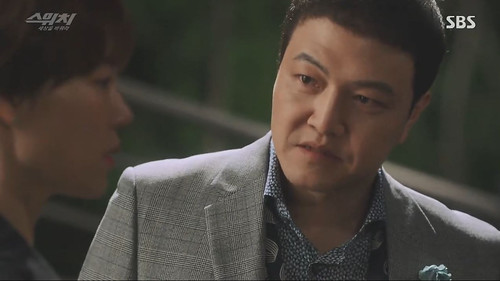 The episode ended with SDC been shocked when he saw his father Sa Ma Chun, who he thought was dead. 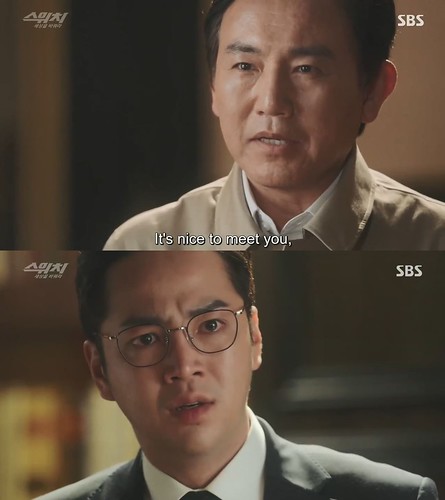 Addition thought:
Comparing JKS previous dramas, current co-actors were all carrying so well in their own characters that made the viewers constantly hooked to the whole drama even though our prince is still the best among all (forgive me for being so conceited as I am an eel). As our prince had mentioned in one of the interview section, the main actress (Han Ye Ri) in “Switch” has the most “chemistry” with him during the filming, which made him feel more comfortable and confident in this drama. [END]