On April 25, SBS’s Mokdong office building was in chaos again! That is because Jang Keun-suk and Han Ye-ri, the leading actor and actress in the Drama Switch will appear in the press conference!

The chaos this time was different from that in the previous production press conference. It mainly came from the lobby. People rushed to the office with their laptops and pamphlets in order to listen to them on a better seat. 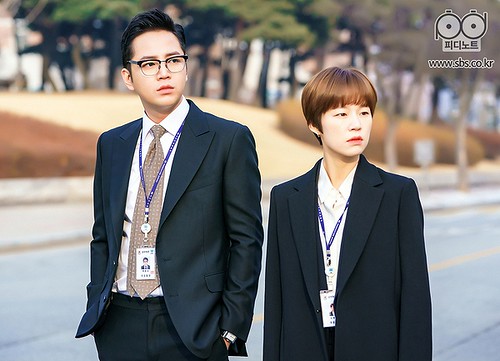 Q / To our surprise, there seems to be a struggling viewer rating.
Jang Keun-suk:
I think it is dangerous to judge a drama or broadcast and be swayed by the numbers. Of course, good viewer ratings give us good energy. It is the responsibility of the actors and team staff to stand firm. Because I think it’s an engagement with our audience. That is why we are not swayed by numbers at all.
Han Ye Ri:
I am looking forward a better result but I’m not too disappointed. Though the ratings are not high enough, we’re having fun filming it!

Q / Some people say the flow of the drama is too fast.
Han Ye Ri:
It is a disappointing part in terms of the genre drama. Each time, it will present new plots. After watching it one more or two more times, you’ll find it quite interesting. Please watch the rebroadcast more!
Jang Keun-suk:
Speaking of the broadcast, now viewers use IPTV more often. What I mean is that the IPTV statistics show that the top one searching key words is “Ugly Duckling.” Following that, SBS Drama Switch comes next. I didn’t care more about the numbers. (laughs) but it would be thrilling to be on the top! 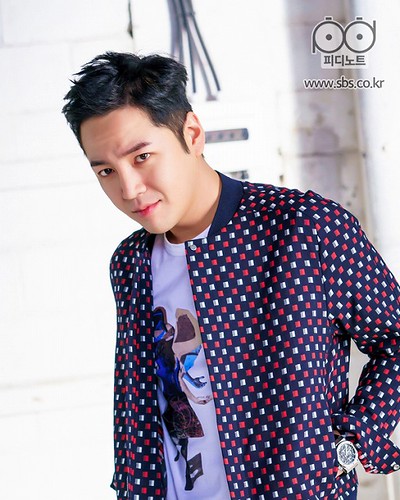 Q / You said you wanted to meet a life character for Jang Keun-suk! Are you close to your life characters? Or is there anything lacking?
Jang Keun-suk:
I think challenge and transformation are the words that best express Jang Keun-suk. I always try new characters. This work focuses on the characters of Jang Keun-suk. Even now, I’ve never encountered a single work out of my choice that I have regretted acting in. I’ve always tried my best to make sure there are no regrets. Regardless of the results, the most important thing is to enjoy myself. 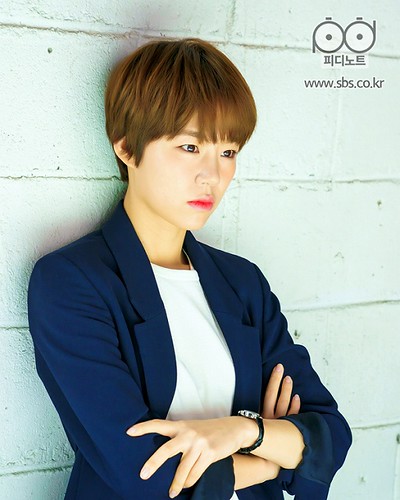 Q / Acting a passionate Prosecutor Oh Ha Ra, what is the scene that you enjoyed heartily?
Han Ye Ri:
Rather than scenes, Oh Ha Ra was not involved in dealing with her supervisors. She doesn’t care about the relationship between the juniors and seniors. Not only I but also the public have come to love this idea. I think you can feel the thrill. 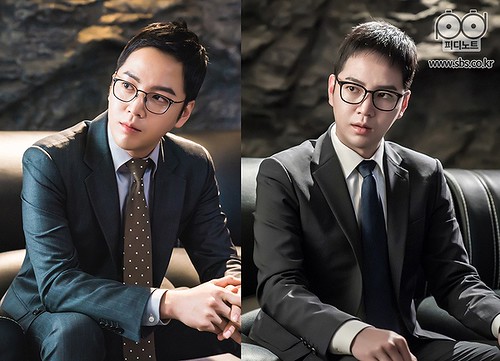 Q / It is one person with a double role, but it can also be a person for triple role. While acting a double role, is there anything confusing about acting? How do you discriminate the different roles?
Jang Keun-suk:
That point is what I talk to the director most. The word “reversal” is best suited to this drama. When you are confident in Baek Joon Soo, with the conviction, it turns out to be the key point of Switch. I think it is a right decision to choose the work in which I have the chance to play a double role.
When I play Sa Do Chan, I can see that I can be what my heart wishes to express the characters without confinement. Because he’s that bright and calculated. Rather than just following the script, I am acting freely in accordance with the circumstances at the scene. Baek Joon Soo’s character is highly contrasting. He is pretty much controlled. Unlike Sa Do Chan, he shows honesty in his look and eyes.
When I played Baek Joon Soo at the scene, I spoke with reserve. I was within the norms!
Even wearing the same suit, the two roles appear stark differences in size and tie colours. I think it is most important to express the story with my eyes. The movement and the expression and emotion of their eyes are different from each other. Joon Soo stares at the opponents in order to observe them well while Sa Do Chan keeps thinking about something while he is in front of his opponent. He squints his eyes more often. 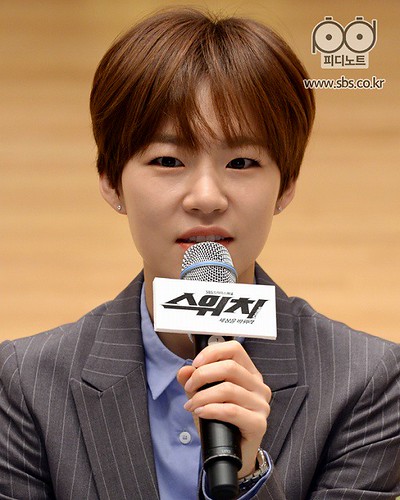 Q / Han Ye-ri, as you play a totally different character from your previous work, what is your focus? Isn’t it awkward?
Han Ye Ri:
It’ not awkward at all. Though it looks new to me, I think I can do it. It’s much easier than the characters I played before. I believe if I keep worrying about my character, my acting is definitely getting pressed. Based on the prevailing mood at the scene, in a simple and direct way I accept the role. 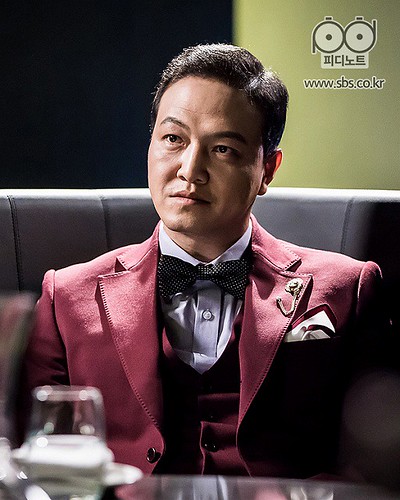 Q / What are the opinions about the opposing villain, Chung Woong-in?
Han Ye Ri:
We had our first encounter recently. In the sum of his performances, I would thank him for his very detailed feedback. And yet, his eyes looked scary. I was on the tip of my tongue. He merely saw me while I was speaking out the opening and closing of the lines. Mostly he looked somewhere else.
Jang Keun-suk:
When we film for the scene with tension, I am discreet on what I am saying. During the break, after the filming, we’ll talk about “carbohydrates-free diet.” We seem to be talking a lot about each other’s thoughts like “What … ‘ Is alcohol really a carbohydrate?”(Laughing) The charisma of his playing the role is by far the best! 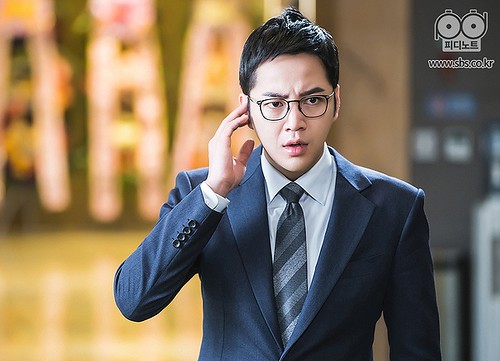 Q / How often is your spontaneous acting? Especially, I wonder if the lines “as Han Ye ri ” was a spontaneous line or it was mainly based on the script.(Note: In Korean Han Ye Ri has two different meanings. Besides a name, “Han” can mean “very” and “Ye Ri” can mean “agile”)
Jang Keun-suk:
The line “as Han Ye Ri” is based on the script. Originally I was a little bit worried that it could have broken the flow of the drama. However, the line seems to be a hit. Viewers’ response is also pretty good.
It is a very rich drama. Of course, I do a lot of research on scripts. In this drama, you can see the feelings from many impromptu actings coming out from discussing with the other characters. A filming location which always contributes to the spontaneous expression made by all the actors are always welcome. Ja young’s spontaneous acting (played by Ko Gye-Jang) is extraordinary! 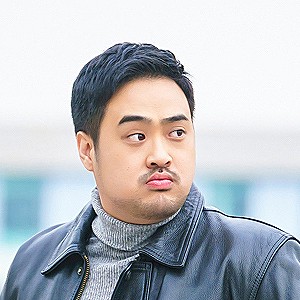 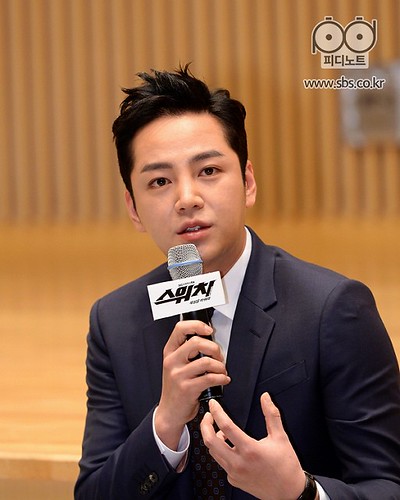 Q / Through Switch – Change the World, What would you like to see?
Jang Keun-suk:
At the age of 30, I used to shot in the Drama “Daebak.” At that time I’d been worrying a lot such as “How do I lead my life?””What kind of person should I be?” Now, through a work called Switch, I can portray the character of Jang-suk. I think I pretty much enjoy it.
I have been asked many times whether playing two roles is difficult. It’s hard absolutely, but it’s fun indeed. So, I can just work harder and enjoy it. That’s probably the reason why I chose this work. And so far, it has been focusing on rapid developments and fun events.
Till the middle of the drama, I think the message that we want to convey is going in the right direction. We will end the drama in a more authentic direction.

Han Ye Ri:
I think every new attempt is a pleasure. I hope I don’t get tired of it until the end and get on with it just like now. I hope to enjoy my position and finish it up. 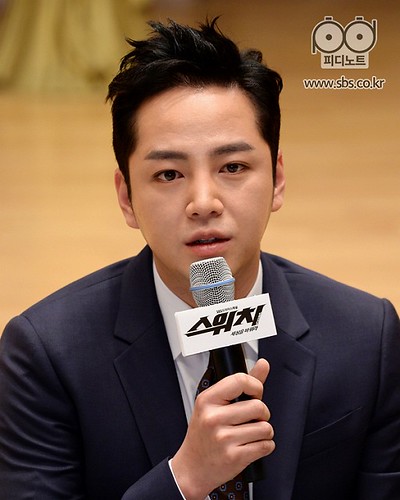 To conclude, What Jang Keun-suk said to the still-in Actor Chung Hyo-Jun
I wanted to tell you this. There are a lot of actors and staff who I really appreciate. To play a double role, a still-in actor is required to play opposite. I would like to express my gratitude especially to the actor. His face is not even shown on the screen, but he comes and talks to me about the scenes. He shows enthusiasm in his work without being lazy with his role. I must say thank you and thank you so much.

At a press conference, Jang Keun-suk & Han-Yeri … I could feel the atmosphere at the shooting site was really good. With positive synergies at the site, please watch the second half of Switch-change the world a lot ~!

2 thoughts on “[News] Ctrl+C,V copy and paste the Press conference as a vivid Review”