I wish I had been attending with you… Your FA will help international eels to imagine what it was like attending TEAM H PARTY. Thank you, Nako ^^

Credit: Nako from Japan and ECI 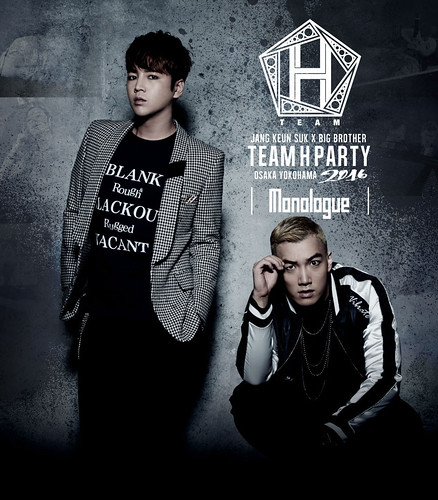 I attended both days. The first day was also great, but the second day was more improved in terms of their ways of using stages evenly (Actually the main stage was not so wide on the first day, but on the second day, there were extension stages from the main stage. So eels who sat on the far side on the first floor could see JKS when he walked through the passages.) As a custom, the organizers gather feedback from attendees each time after the show and it is impressive that they pick up the audience’s requests and revise next day, in only one day. Surely this means JKS’s invariable attitude or passion to make their stages better and satisfy attendees as much as possible. This time, it is not a center round stage, instead, there were 4 stages. JKS explained he was considering he wanted to create a stage which close to as many as eels.

Team H’s lighting effects are always flamboyant, gorgeous, and help the audience get more excited. This time, a pair sitting next to me on the second day (I enjoyed with Eve on the first day) were hearing-impaired. I guessed one was an eel, because she knew when and how the audience should react by their hands. But her companion was at first just standing still, maybe because of being overwhelmed by the powerful atmosphere during the concert. But gradually, she started enjoying the vibrations felt through her body and I saw she was smiling shaking her body to the rhythm and looked happy from the middle. I felt emotional to know Team H is also making various people enjoyable and delighted.

Naturally, all attendees were standing from the start to the end except for JKS’s allowance us to sit. Lol and, the whole audience was creating the stage with Team H together with all our power. I tried to sear the images of JKS and BB into my eyes.Because we know the Team H performance in Osaka will be the last before JKS goes to military service. They said ‘Team H’s activities are always vague and no plans. When we prepare , we do. But we will continue Team H activities as long as we can walk.’

About the MC and their movements…

JKS &BB were singing well with their powerful voice. Especially, I liked JKS’s way of saying, “Aaaan” in a strong sexy tone when he sang ‘Wet’. And his unique dancing in ‘Wow’ was so funny and draw big laughs. JKS ‘s casually natural way of saying “Oide.” meaning “Come on” in Japanese beckoning BB was so cute. One of dancers tried to take off JKS’s T-shirt but he resisted, then, he just turned up his T-shirt by himself and showed his abdomen to eels a little . Lol he is still naughty. An lucky eel received a towel which JKS had a sneeze onto, wiped his sweat and threw.

At the song ‘Like a zombie’, a performance of JKS and dancers was fun and great.At the song ‘Yoga fire’, Arabian dance was performed and nice.

When JKS was talking on a chair at the sub-stage, he was dangling his legs, then, a part of decorative lights came off because of his legs, then, he became panicked a bit saying, “the device is very expensive…I am sorry”. But the part come off was repaired safely and quickly.

JKS asked if legs of eels who attended both days were painful or not. But eels’ reactions were not strong, rather said No. And JKS said “Hey, you are telling a lie, right? I know your legs are painful due to muscle sore”. (haha, he is still young and he experiences muscle sore next day, but most eels are elder and we feel muscle pain in later days. lol) JKS’s neck was painful as well as his legs.. BB also had muscle sore, and BB took massages at midnight after the first show.

JKS recalled 5-year Team H activities. At first, electric club music was not popular in Japan back then and not familiar to Japanese eels. So he remembered all eels were standing still like statues during the first Team H show. lol Team H expressed their new album as ‘matured Team H’. When they were younger, their album were more like full of fun, but now, they started thinking their life more deeply. And the contents are also more meaningful. The lyrics are based on their experiences. For example, ‘I feel you’ was created thinking of a female uni classmate who passed away of illness at her 20. They sometimes miss her.

About their preference for women… in case of BB, the face is pretty and body is sexy. No change. lol. In case of JKS, he became more realistic, and now he prefers women who don’t keep pets like cats and dogs and live alone. lol. And.. an importance is under 30. lol Eels booed. He suggested to the audience to raise a hand if they match the conditions. Then, some eels raised hands, but some were apparently over 30. lol Then, JKS said to eels over 30, “Don’t do that, don’t do that, you should think of your family”. lol

One Unao was paid attention by JKS but he was wearing dark sunglasses. lol So JKS said, “even I won’t put on sunglasses during the concerts”. lol

BB’s Japanese has not improved at all. Lol JKS teased it and was playful. It was like a comedian show. But for me, I was happy to understand BB’s Korean before JKS interrupted BB’s Korean. In reality, JKS’s Japanese is almost perfect, and he seldom speak Korean in Japan.

JKS used a stage- device going up like a tower. He rode it, and sang in a high place. He must have been scared.. Many colorful big balloons bouncing were a beautiful scene.

He knew a trend word, ‘Omotenashi’ (the word itself is from ancient times) means hospitality and kindness to guests, customers and others. And he gave us more music at encore as Omotenashi.

P.S. The venue was full of scent of velvet rose &oud,Jo Malone. lol many eels wore it.