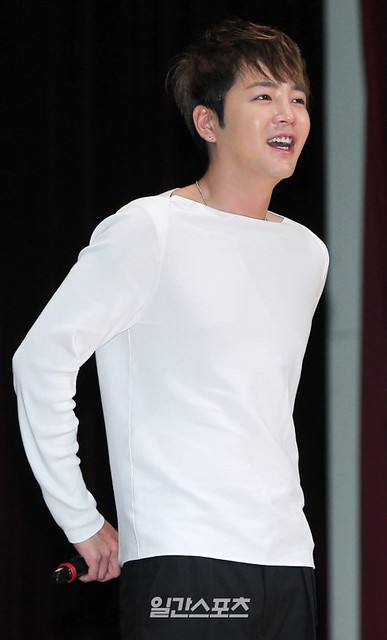 Jang Keun Suk participated at the 20th Bucheon Inetrnational Fantastic Film Festival (BIFAN) on the 26th at Ginggi-do CGV. He brought his screen work ‘The Great Legacy’ which he directed and talked to the audience.

‘The Great Legacy’ was a film that JKS made in the latter half of last year with his fellow students from Hanyang University. It is a story about a man who was about to die and left a bank card and his heartless son.

As a director, JKS has already made 3 films. From the description of star, actor to director, JKS has attracted notice. The director and actors who worked with JKS expressed their thanks to him, the atmosphere was happy. The fans who came here to see JKS shouted ‘JKS is very handsome!’.

Having been an actor for a very long time, JKS may have been very picky at the film set. But the actors said Director Jang was ‘considerate king’ to everyone. They all put their thumbs up. JKS did not just do it for fun, he has the sincerity to be a director, showing his new potential and charisma.

JKS said: “From the start of production, I wanted to work hard at it. I have worked as an actor, I believe that the condition of an actor can decide on a good result. So I would do my best to look after the actors. I would also work carefully on the daily schedules.”

“When it came to choosing the actors, I did a lot of selections, then made my decisions. At the film set, the relationship of an actor and director is to trust each other. If you give the actor an environment where he has no pressure, he will have the energy to exert himself, the actor would be able to show good acting. Have to trust the actor first.” 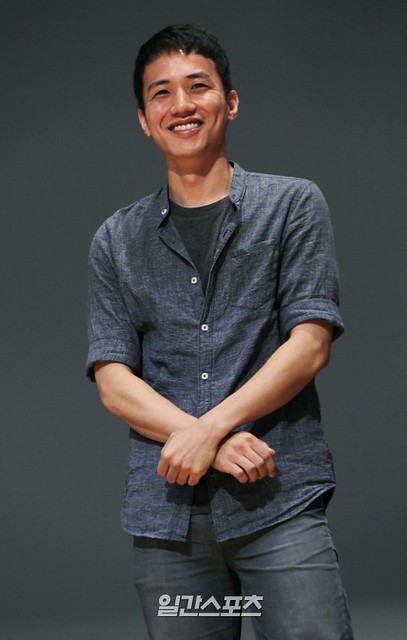 Actor Noh Young-Guk who had first hand experience working beside JKS said: “He seems to be a director who loves actors most. I’ve only seen him at the University. To be honest, the first time I saw him at the film set as a director, I was like can he do it? My worry was unnecessary. Director Jang Keun Suk was very good to us, acting was very comfortable.”

“Because he was a director who worked as an actor, so I thought if his style of directing might be different. But he really understood actors very well so it was very comfortable to understand the director. He is ‘considerate king’. During breaks, he would even tell the actors to have a good rest. He would tell everyone to concentrate well. Even I myself didn’t have that much confidence in myself but he trusted me very much. I wondered what he saw which made him like that, I decided to trust the director.”

JKS also put in a lot of effort in selecting the actors. He interviewed more than 30 actors.

JKS said: “Even though I could have acted in the film but my professor asked me to control myself. In the University, I have already made 3 films. My professor said now I have to move away from people’s sight as an actor, have to concentrate on the sight of director. Hence I did not act in the film this time.”

As to choosing Noh Young-Guk amongst more than 30 actors, he said “we already knew each other 25 years ago when we were in and out of TV stations. Also, we are both students at Hanyang University. As a fellow Hanyang, I want to work with him.”

JKS said: “I have seen enough of Actor Noh’s acting work. I can feel the age generation through his acting. There are many things which he matched with the role. Maybe if I played the role, it may not be suitable. Actor Noh has very sad eyes. I wanted to record those eyes on camera.” 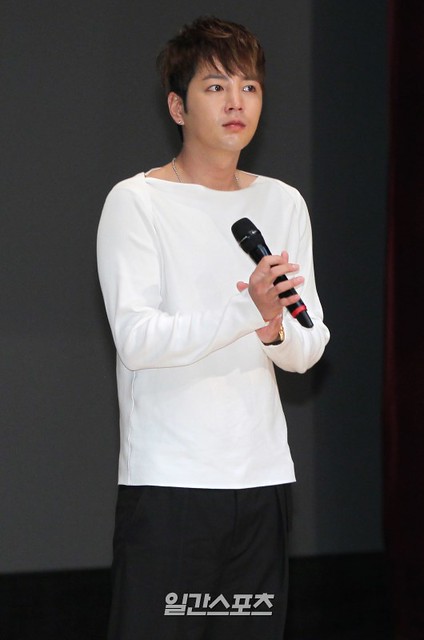 JKS said: “Films that get tens of millions at the box office or the film industry in our country has become bigger, there are more opportunities for those who want to learn about films, I feel that there are hopes.”

“In the process of being an actor, the reason why I learnt about Films and not Acting at university is – although I am also taking Acting as a minor subject, but I’ve always thought I can compress my life stories into scenes, it would be interesting to try it.
He said: “As an actor, acting a role is a big part of my work. But to be able to reflect my stories in a new field is very interesting. I’ve already made 3, 4 films. There’s also another one which is a medium length movie which hasn’t been shown yet. It was filmed in New Zealand.”

Lastly, JKS said: “I discovered through my experience that rather than having the sense of burden of making something for others to see, I felt that it is more important to satisfy myself. Maybe after decades and I look back, I may feel embarrassed, that it’s an immature story, but that is also the most realistic. I feel that this is an opportunity to let people see the real me. I won’t regret.”