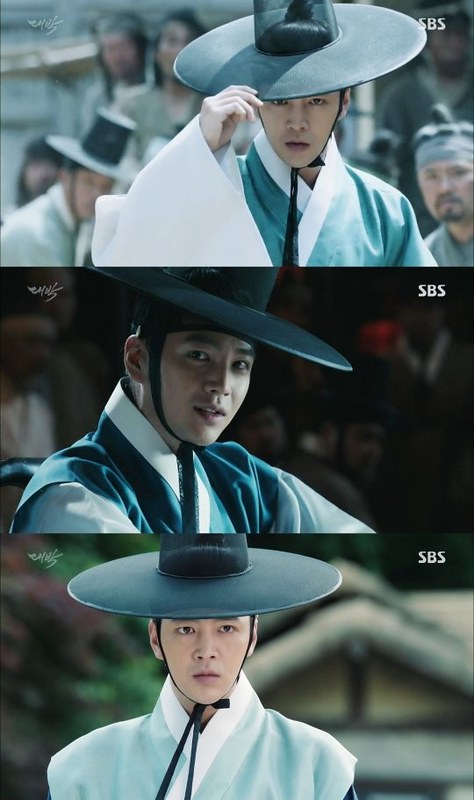 SBS Mon-Tue TV drama ‘Jackpot’ (Royal Gambler) has reached the latter half, the centre of the drama Jang Keun Suk expressed his gratitude to his fans.

Jang Keun Suk has exhibited top powerful actions acting and emotions acting, he said “my fans are my biggest morale, battery charger”. “Not only fans help boost my morale, they are also the whip which urges me on, makes me reflect on myself, give me strength.”

Just as Jang Keun Suk said, his fans have been supporting his acting activities. Prior to the start of the filming of the drama, they already started supporting through material goods and in spirit. 35 countries around the world united to put out advertisements at airports, supermarket, public buses, subways, etc. They also continuously provided food trucks and coffee trucks support for the hardworking actors and staff at film locations.

Jang Keun Suk said: “previously, fans would visit me at film locations but I didn’t have time to manage it so it caused disturbances to the film sets. But this time it’s different. They helped me very much by allowing me to concentrate on my acting. Because of their consideration and support, I feel sense of responsibility and I can concentrate on my acting more.”

“After the broadcast of each episode, I would also check the responses from fans and the broadcast contents. Some scenes which fans might find regrettable and give me advice, I would try to understand it and accept their advice. Now, even if we don’t say it, we understand each other.” Showed the solid feelings he had with his fans.

Some Netizens Comments:
– This time Baek Dae-gil did perfectly well. Please keep on working hard until finish. JKS has always been an authentic powerful actor.
– I’m very happy watching Actor Jang’s drama Jackpot this time. Fighting until the end!!!
– So touched for Keun Suk to say such words! So happy to be an eel!
– Am watching Jackpot. Because he’s a child actor, his acting is good. Next time also, rather than pretty image, want to see your even broader acting.
– People who write bad comments must be very bored, they even speak nonsense when they see an actor who’s doing well.
– I like JKS after watching Jackpot, he’s very handsome wearing hats.
– Acting very good, multi-talented, very good nature, I am very proud to be JKS’ fan!! Support you forever!!!
– Very happy to be JKS’ fan. Always on your side no matter what!!

14 thoughts on “[article] Jackpot (Royal Gambler): Jang Keun Suk – “My fans have had a great effect on my acting…I feel sense of responsibility””