Previously, K-pop Herald took questions for Jang Keun-suk, Yeo Jin-goo interview on their website. They asked very before the interview was held, so we failed to share this news here. But luckily our ECI sisters got a chance to be chosen as one of the questions asked JKS. Congratulations, Kendra and Jill! 🙂 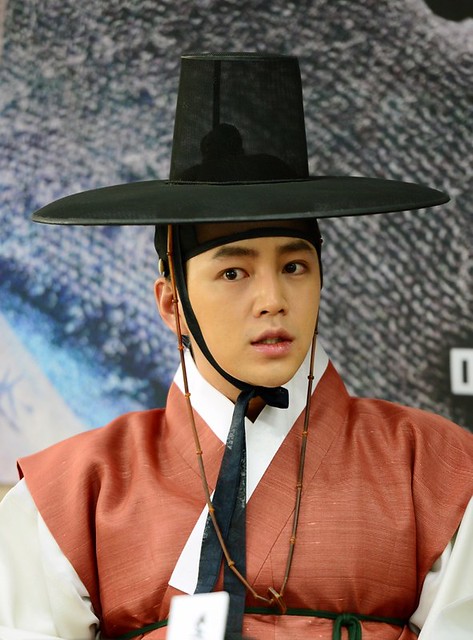 Actors Jang Keun-suk talks to the press during a group interview for their TV series “Jackpot” on Friday in Tanhyeon, Gyeonggi Province. (SBS)

Actor Jang Keun-suk, starring in the SBS TV series “Jackpot” — also dubbed “Daebak” in Korean — said he “learned the beauty of acting” and has a different mindset from that of the past, when asked questions given by the K-pop Herald readers during an interview session in Seoul on Friday afternoon.

Below is the transcript of the interview with actor Jang.
On the development he made for the role in “Daebak” [asked by Kat Philpot (the United States)]:
“I used to act in rom-com series, which usually end within 16 episodes. But this time it was a 24-episode historical series. That was a major difference.”

“My role was far from what I was accustomed to, so I tried a lot of new things. I could make progress by putting forth my utmost energy as an actor. The role in ‘Daebak’ was a breakthrough, because I learned the beauty of acting here.”

On the difficulties while filming [asked by Kendra Va (the United States)]:
“I was told before shooting that I need to be prepared and will be physically exhausted. I doubted I could really handle this at first, but I trusted and respected the staff. I’m fully immersed into the scene every time I act. The series had some of my hardest scenes ever. ” 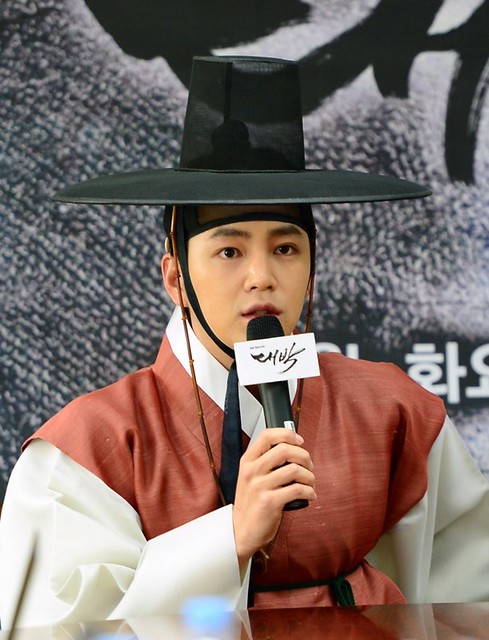 On his feelings about the scene where he devoured snakes [asked by Jill Fuller (Australia)]:
“At first I doubted whether the staff would use real snakes. But when I noticed the snakes in a net bag, they were alive and real. Fans were shocked to watch me eat them, but at the same time they said they were proud of me. I was honored to get such reactions. I have had a long hiatus in terms of acting, and I was happy that I could make my fans content.”

On his thoughts about Yeo Jin-goo:
“I aspired to have a ‘resolute voice’ like Yeo, a voice that can give trust and confidence to viewers. It was about 10 years ago that I watched him act. I could see that a resolute voice really means a lot to an actor. Yeo has a ‘resolute voice’ and eyes glaring with energy. This overcomes the age gap between us.” 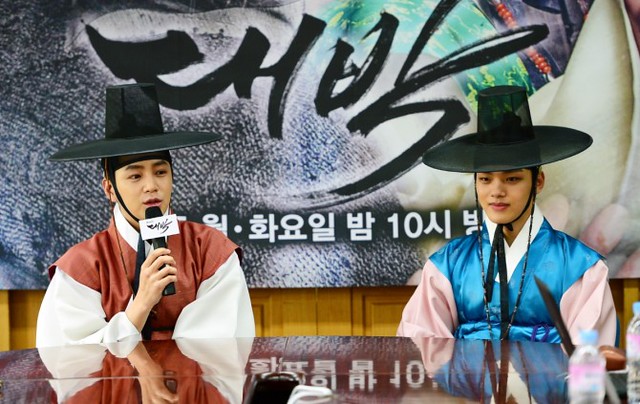 On challenges during action scenes [asked by Jill Fuller (Australia)]:
“I cherish scars and wounds while shooting action scenes as ‘badge of honor.’ In the past, I would have been reluctant, saying: ‘How can I do that?’ Now as an actor who grew to be 30, I have bigger responsibility. I should give the staff and cast confidence.”
—-
By Rumy Doo (doo@heraldcorp.com) and Son Ji-hyoung (json@heraldcorp.com)